Home / Bibliography / A Review on the Islamic Seminary of Karbala 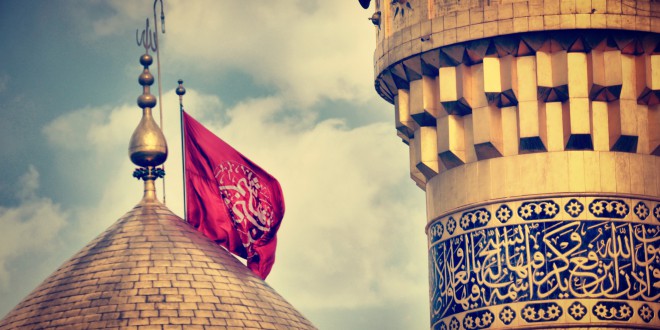 A Review on the Islamic Seminary of Karbala

One significant role of Islamic seminaries was the rise of knowledgeable and pious Shi‘a scholars who pursued ijtihad with the use of the Qur’an, sunna.

In 61 AH, the land of Karbala witnessed the innocent martyrdom of Imam Husayn – the grandson of Prophet Muhammad – along with his children and his loyal companions, as well as the burial of their holy bodies in this land filled with agonies (karb) and afflictions (bala’). With the grace of the Shi‘as residing beside the holy shrine of the Imam, it became a place for narrating and publishing hadiths and cultivating and teaching their knowledge; thus, became one of the central seminaries in the Shi‘a world.

One of the expert Shi‘a narrators who resided in this city during the minor occultation and spent considerable time narrating traditions of the Ahlul Bayt is Abdullah bin Ja’far Humayri. A highly proficient narrator and scholar of Qum, he was the teacher of prominent intellectuals such as Ali bin Babiwayh, Muhammad bin Ya’qub Kulayni, and Muhammad bin Quluyyah. He traveled to Iraq to visit the holy shrines of Amir al-Mu’mineen and Aba Abdullah al-Husayn, and after staying in the city of Karbala for a time period, he returned back to Qum. He was also a prolific author; one of his works was Humayri’s Qarb al-Isnad, a collection of 1,378 traditions from Imam Sadiq, Imam Kadhim, and Imam Rida.

One of the most important events in the history of Karbala Seminary was the debate between the Usulism and Akhbarism. The appearance of the Akhbarism movement and the dispute arisen between those for and against it was of the crucial events that took place in the history of Islamic Shi‘a seminaries that greatly affected the Karbala seminary. The rise of the Safavid Dynasty in Iran; entrusting important Islamic positions to narrators and Akhbari scholars; the domination of the Asharites and the People of Hadith (Ahl al-Hadith) on the Islamic seminaries of Mecca and Medina (haramayn) in Hejaz; the rebellion of the Kharijites in Bahrain; and the migration of Bahraini scholars to Iran and Iraq are the factors that caused the Akhbari movement to halt and trigger the Usuli movement to become the focus in the eleventh and twelfth century Hijri, the seminary of Karbala.

Shaykh Yusuf Bahrani5 was among the Ahkbari scholars who went to Iran after the Kharijites’ revolt in Bahrain in 1126 AH. He afterwards moved to Iraq, and finally resided in Karbala. He was the author of the valuable al-Nadhira fi Ahkam al-Itrah al-Tahira. Through building the grand mosque situated to the western courtyard of Aba Abdullah al- Husayn, and leading and teaching in it, he established his school of thought in Karbala – the Akhbari school – in which he was a representative of.

Shaykh Yusuf Bahrani’s classes began in the Karbala seminary which had attracted many seminarians and had successfully taken hold of its intellectual atmosphere and the Usuli scholars’ attention, where the moment they felt danger with regards to the obstruction of the principle of ijtihad, because of the growth of Ahkbari beliefs, they debated and ultimately publicly declared their disagreement with Shaykh Yusuf’s Akhbari movement led by Wahid Behbahani.

Muhammad Baqir Isfahani, known as Wahid Behbahani, was a progeny of Shaykh Mufid and the grandson the first Allamah Majlisi. After moving to Najaf and studying the rational and transmitted sciences (ulum ma’qul wa manqul) under the scholars of that seminary, he returned to Behbahan and wrote books rejecting Akhbarism. In the year 1159 AH, he left Behbahan for Najaf, but afterwards thought the seminary lacked academic vigorousness necessary to be a well-rounded teacher. He later resided in Karbala and took on the headship of that seminary. He owned over seventy books and mentored students such as Allamah Bahr al-Ulum, Sayyid Muhammad Mahdi Shahristani, Shaykh Ja’far Kashif al-Ghita’, Mirza Qumi, and Mulla Mahdi Naraqi, in which after him, they took Usulism to its zenith and achieving the qualifications of ijtihad, they took on the juristic leadership of the region.

Shaykh Yusuf Bahrani’s arrival to Karbala and his teaching of Ahkbari principles in the seminary where usuli jurist Wahid Behbahani led began a deep academic discussion that led to the public disagreement of the two instructors of the seminary. Even though at times these differences became very obvious, Yusuf Bahrani’s calm reaction in face of Wahid Behbahani and his students’ complaints and objections1 led to a peaceful academic and friendly coexistence between the two views. This was to the point that after Shaykh Yusuf Behbahani’s demise in Karbala, there was a magnificent funeral and all the Islamic seminaries of Karbala and Najaf were closed and Wahid Behbahani himself did the prayer for his body.

The thirteenth century Hijri coincided with an important political and social initiative from the Karbala seminary, and that was the issue of a fatwa against the colonialist Britian by the second Mirza Shirazi. Mirza Muhammad Taqi Shirazi, who was one of Mirza Muhammad Hasan Shirazi’s exceptional students in the city of Samarra, after his death in the year 1312 AH, for twenty-four years taught and mentored seminarians in Samarra. He then moved to Kadhimiya and then afterwards resided in Karbala. Muhammad Taqi Shirazi’s last years in Karbala, which coincided with World War I, were the golden years of his fruitful life and a time where he played an influential role in major political and social changes.

In 1332 AH, England declared its hostility towards the Uthmani government and intended to seize Basra. Hearing the plea for help from the people of Basra, the scholars of Iraq rose to their defense, whom amongst them was Mirza Shirazi from the seminary of Karbala, and issued a fatwa declaring resistance against foreign aggression. This initiated a movement and revolution known as “The 1920 Iraqi Revolt,” and concluded with Britain leaving Iraq. After Iraq’s independence, the second Mirza Shirazi, along with people such as Ayatullah Shaykh Mahdi Khalisi, Ayatullah Sayyid Mustafa Kashani, Ayatullah Sayyid Muhammad Ali Shahristani, Ayatullah Sayyid Muhammad Tabatabai Yazdi, and Mirza’s own son Muhammad Ridha decided to take the Iraqi revolution towards an independent government ruled by a Muslim individual. For this reason, in response to Britain’s intent to impose one of its own agents for the presidency of Iraq, he issued his famous fatwa with the following text: “No Muslim has the right to choose a non- Muslim to govern and rule over the Muslim people.”

Britain’s resistance against accepting the popular demands of the Iraqi people and preventing them from deciding for their own future, which was at times accompanied with exiling the leaders of the movement, prompted Mirza Shirazi to issue a fatwa, allowing armed defense against British government forces:

Demanding your rights is obligatory on the Iraqi people and it obligatory upon them to observe peace and calmness in response to the people’s request. In the event that Britain refuses to accept the people request, it is permissible for them to resort to defensive forces.

Though the demise of the second Mirza Shirazi in 1338 AH, the intensification of British interference, and the start of trend in exiling revolutionary leaders, dampened the revolution’s passion and vigor, yet the Iraqi scholars’ mighty resistance and specifically Mirza Shirazi’s resistance against foreign influence, once again it showed the power and influences of Shi‘a religious establishment (marja’iyyah) in mobilizing people forces against the colonial domination of Islamic countries to the heads of colonialism and specifically the British government.

In the fourteenth century Hijri, the Islamic seminary of Karbala saw many outstanding personalities. One of the great scholars of this century, from Karbala, who was considered the patriarch of the Shirazis in this city, was the pious and learned scholar, Ayatullah Sayyid Mahdi Shirazi. He, who was one of Mirza Muhammad Taqi Shirazi and Sayyid Muhammad Kadhim Tabatabai Yazdi’s students, after travelling to and living in the cities Samarra, Kadhimiyya, and Najaf, he returned to Karbala and in 1366 AH after the passing of Ayatullah al-Udhma Haj Agha Husayn Qummi, the religious establishment of the Shi‘a was passed on to him. 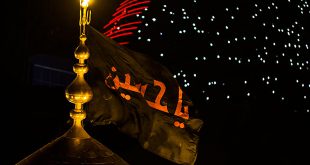 he following is the full text of a message delivered on July 29, 2020, by Ayatollah Khamenei, the Supreme Leader of the Islamic Revolution, on the...