The International Congress on the Role of the Shi’a School in the Emergence and Development of Islamic Sciences was held with the participation of 120 thinkers form 50 different countries on May 4 to May 5, in Qom, Iran 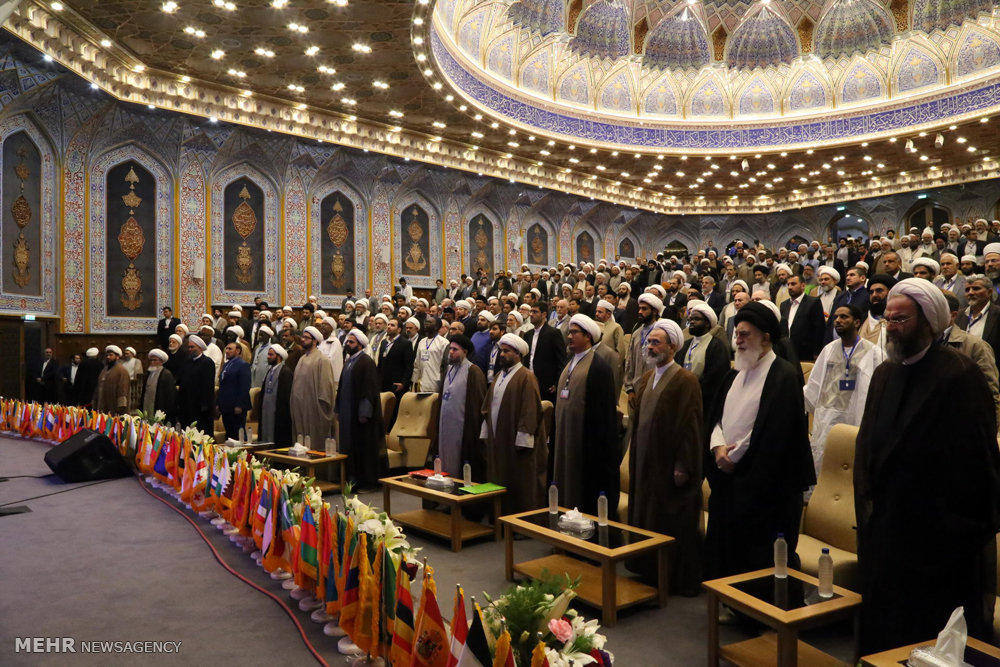 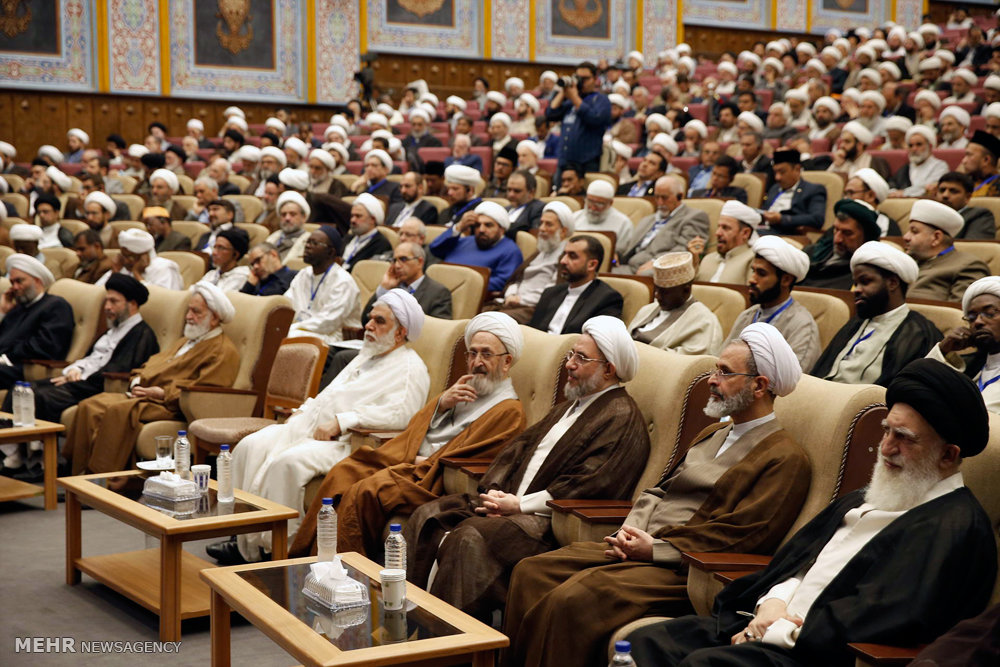 The secretary of the International Congress on the Role of the Shi’a School in the Emergence and Development of Islamic Sciences then stated that the papers and books which were accepted for publication were submitted by scholars from different countries. He further noted: “Scholars from more than 20 different countries submitted papers to the congress and 120 scholars from 50 different countries have participated the congress”.
Emphasizing the fact that the congress is being attended by scholars of different denominations, he continued: “the congress’s scientific support has been provided by a number of Islamic seminary scholars and professors through 110 pre-congress sessions”.
Referring to the third phase of preparations made for the congress, which included the preparation of the congress publications, Hojjatoleslam Rezāī asserted: “55 valuable scientific books, seven special-issue journals, the congress charter, various newsletters, and congress software will be unveiled in the congress. Moreover, 22 scientific and specialized-promotional journals are prepared to publish the papers accepted in the congress; currently, negotiations are being conducted for the publication of the congress papers”.
He also extended his gratitude to the 400 scholars and professors of Iranian universities and the Islamic Seminary as well as to the members of the 15 scientific councils of the congress for their contribution to the congress, and continued: “these scholars and scientists are following in the footsteps of great Shi’a scholars of the past; they are attempting to prepare a great encyclopedia of the role of the Shi’a school in the emergence and development of Islamic sciences. However, since we do not deem ourselves free of errors, we welcome the constructive suggestions of all other scholars and thinkers toward enhancing the quality of our works”.
Referring to the processing, reviewing, and preparing more than 1200 scientific papers in to 55 volumes of books, Hojjatoleslam Rezāī further stated: “the history of the development of Islamic sciences within the Shi’a school has had its ups and downs; yet, its most important era was following the demise of the Prophet (ṣ) and the blessed time of the Imamate of Amir-al-Mu’minin (ʿa)”.
He also added: “then there were the golden eras of Imam Bāqir (ʿa) and Imam Ṣādiq (ʿa), then the era of Āl-e-Būyeh and the Fātimis in the 4th and 5th centuries Ah when the Islamic sciences flourished more than any other era. During these eras, Shi’a scholars were the flag-bearers of development and dissemination of different scientific fields. These included prominent scholars and scientists such as Shaykh Tūsī and Fārābī.”
Referring then to the era of the Safawiyyah dynasty in Iran, he stated that during the 200-years rein of the Safawiyyah, great scholars such as Shaykh Bahāī, Mīrdāmād, and Mullasadra provided invaluable services to the Muslim world. He the continued: “During the fifth era, and due to the sacrifices made by the martyrs and the efforts of scholars such as Imam Khomeini, the Islamic sciences have undergone such a rapid development that, in some fields, the achievements made during this era equal all of the achievements made during the past 14 centuries; this scientific leap forward can be seen in the traditional sciences, human sciences, and natural sciences”.
The secretary of the International Congress on the Role of the Shi’a School in the Emergence and Development of Islamic Sciences further noted: “the rapid development in scientific fields as well as the production of great scientific works by the Shi’a school have been the result of their access to the knowledge of the Ahl-al-Bayt (ʿa) in various religious and scientific fields, the collaboration of the followers of the Ahl-al-Bayt (ʿa) school with one another in different areas of science, and the scientific freedom they had along with the support given to scholars by governments”.
He continued: “the lack of access to the Ahl-al-Bayt (ʿa) in some scientific areas, because they were imprisoned or martyred by oppressive rulers, the lack of access to the teachings of the Ahl-al-Bayt (ʿa) by driving away their followers, the existence of oppressive rulers and their prevention of freedom of thinking and elimination of Shi’a scholars, and the fabrication of false Hadiths by the agents of these rulers were among the obstacles to the development and dissemination of various fields of science by the Shi’a school”.

Final Statement of the Congress

In the Name of Allah the Most Compassionate the Most Merciful

By the grace of Allah and in the shadow of the attention of Imam Mahdi (AJ) the Congress on the Role of Shi’a in the Advent and Advancement of Islamic Sciences had been organized with the order of the Grand Ayatollah Makarem Shirazi and during two years of activities could present fifty-five volumes of valuable books written by prominent scientists of Islamic seminaries and universities and it was a great service to the Islamic world that displayed the magnificent role of Ahl al-Bayt and the great Shiite scholars in the establishment and development of Islamic sciences (such as Quranic Sciences, Hadith, Jurisprudence and Principles, Rational Sciences, Literary Sciences, History, Human Sciences, Ethics and Mysticism, and even Astronomy and Medicine).

Now, this fruitful Congress has been held with participation of Shiite and Sunnite scholars and Orientalists, and valuable lectures and papers in the main summit and the nine specialized commissions have been delivered, and each of the scientific groups summed up their specialized commissions and made specific suggestions. In a general conclusion we can state the most important outcomes and strategies of the congress as follows:

7. Participants in this great Congress and the scientific community of Muslims and the Islamic Seminary of Qom and the cooperative centers of the congress believe that it is due to thank the thoughtful and up-to-date religious authority of the Shiite World, Grand Ayatollah Makarem Shirazi, who is one of the developers of the Islamic sciences, for the establishment of this congress which is a great service to Islam, science and school of Ahl al-Bayt (AS).