Millions of Muslims around the world have started observing the rituals of the holy month of Ramadan, during which adult people fast from dawn to dusk.

The annual fasting month on the Islamic lunar calendar has begun in several countries, including Egypt, Saudi Arabia, Qatar, the United Arab Emirates and Yemen, where the crescent moon has been sighted.

The month will begin in other Muslim countries such as Iran on Tuesday.

During Ramadan, Muslims fast as an effective way of practicing self-discipline. They are also expected to strengthen their character through self-restraint, charitable-giving and introspection.

In Ramadan, Muslims try to spend more time praying, reciting the Quran, and doing other religious social activities, like helping the poor. 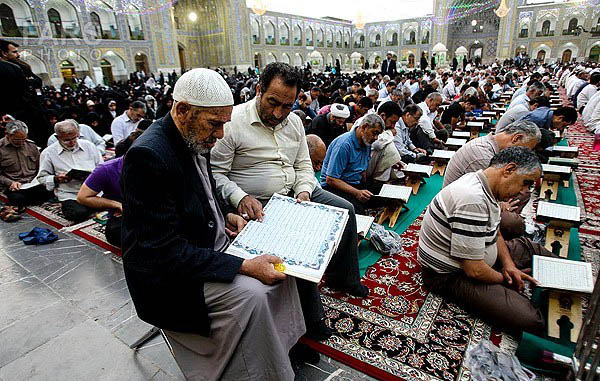 Muslims also attempt to keep away from sins and worldliness in the holy month, during which the entire Holy Quran was revealed to the Prophet Mohammed (PBUH).

At the end of the fasting day, Muslims break their day-long fast with an “iftar” meal.

Muslim people mark the Eid al-Fitr festival at the end of the holy month.