Breaking News
Home / All / Fiqh & Socitey / Who Did Fast in Space for the First Time?

Who Did Fast in Space for the First Time?

Sheikh Muszaphar Shukor is a Malaysian orthopaedic surgeon and was the first Malaysian to go into space. He was launched to the International Space Station aboard Soyuz TMA-11 with the Expedition 16 crew during holy month of Ramadan on October 10, 2007.

Sheikh Muszaphar and three other finalists were selected at the beginning of 2006 for the Malaysian Angkasawan spaceflight program. The program arose after Russia agreed to transport one Malaysian to the ISS as part of a multi-billion purchase of 18 Russian Sukhoi Su-30MKM fighter jets by Malaysia. After completing initial training at Star City in Russia, Sheikh Muszaphar and Faiz Khaleed were selected to undergo an 18-month training program in Russia, at the end of which Sheikh Muszaphar was chosen as the prime crew member, while Faiz Khaleed served as back-up. Following the final medical tests and training examinations, on September 17, it was announced that Sheikh Muszaphar would be flying on the Soyuz TMA-11 mission. 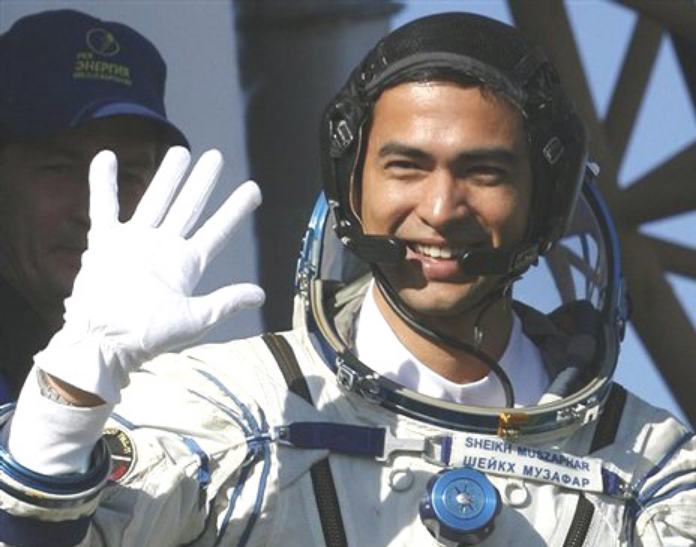 During a NASA news conference with the Expedition 16 crew on July 23, 2007, and news conferences following his selection, Sheikh Muszaphar said he hoped to be able to take various live cell cultures to study during his flight.

Flying as a guest of the Russian government, Sheikh Muszaphar’s role aboard Soyuz and the ISS is referred to as a spaceflight participant in English-language Russian Federal Space Agency and NASA documents and press briefings.

“Islam is very lenient. If I can’t fast in space I can always come back and do it at a later time,” Shukor said reporters at a news conference outside Moscow.

Since Sheikh Muszaphar is a Muslim, and as his time in space coincided with the last part of Ramadan, the Islamic National Fatwa Council drew up the first comprehensive guidebook for Muslims in space. The 18-page guidebook is titled “Guidelines for Performing Islamic Rites (Ibadah) at the International Space Station”, and details issues such as how to pray in a low-gravity environment, how to locate Mecca from the ISS, how to determine prayer times, and issues surrounding fasting. The orbit of the ISS results in one day/night cycle every 90 minutes, so the issues of fasting during Ramadan are also addressed. The guidebook will be translated into Russian, Arabic, and English. Anan C. Mohd, from Malaysia’s Department of Islamic Development said that according to sunni school of law fasting while traveling is optional, so Sheikh Muszaphar could choose what he would like to do, but if he did decide to fast in space, the times would be centered around local time in Baikonur, where the launch takes place. Sheikh Muszaphar celebrated Eid ul-Fitr aboard the station, and packed some satay and cookies to hand out to the rest of the crew on October 13, 2007 to mark the end of Ramadan. 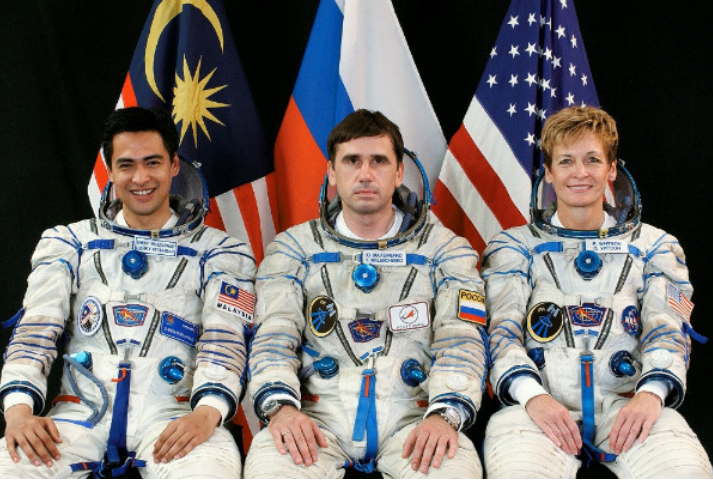 A Saudi prince was the first Muslim in space when he flew aboard the American space shuttle in 1985, and last year space tourist Anousheh Ansari, an Iranian-born US citizen, paid $20 million to become the first female Muslim to orbit the Earth.

Previous Ahlulbayt World Assembly’s Statement on the 1st Anniversary of Sheikh Isa Qassim’s House Arrest
Next When Is It Permissible not to Fast while Travelling?