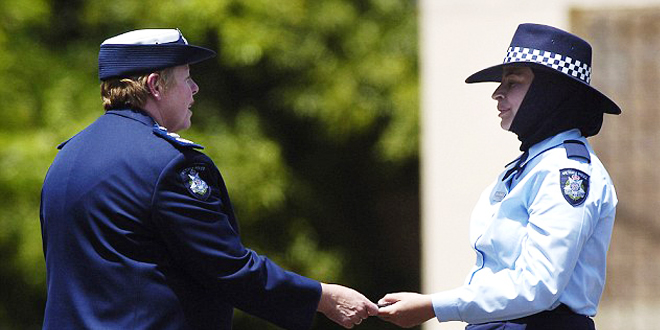 Victoria’s first policewoman to be wear a hijab on duty has revealed the challenges she faces being a Muslim on the frontline amid the heightened threat of terrorism.

Maha Sukkar made history in November 2004 as the first Victorian police officer to be allowed to wear a traditional Muslim head-covering with her uniform.

Almost 13 years after graduating from the police academy, the 42-year-old senior constable says there are still challenges being a minority in the force.

‘I see challenges, in this day in age, is when we have to keep explaining to people who we are, what we do,’ she said in a video for the Islamic Council of Victoria.

But the Victoria Police Force’s Multicultural Liaison Officer said this was an opportunity.

‘Sometimes I see it as something good because it’s better to explain your side of the view, although some other people misunderstand it,’ she said.

The Lebanese-born police officer, based in Melbourne, said this was especially so during an era of Australia being on a heightened terror alert.

‘You should always tell people how you think about certain things, especially the challenges we face in the current climate,’ she said.

The former graphic designer from Beirut moved to Australia in 2000 and has been a senior constable since November 2008 – four years after graduating from the Victoria Police Academy.

Her 80-second video begins with the policewoman saying she enjoys helping people.

The law enforcer, who grew up during the Lebanese civil war, praised Victoria for embracing her as a ‘Muslim police officer and as a human being’.

‘My greatest achievement is joining Victoria Police, being the first woman to wear a hijab in a police service, whether that’s in Victoria or all over Australia,’ she said. 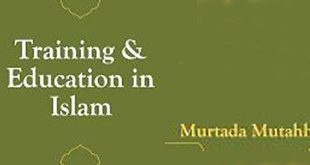