The Zionist-controlled media in the United States have linked the false flag terrorist attacks in the country to Muslims in order to increase hatred of Muslims and fuel Islamophobia, an American scholar and radio host says.

“The neoconservatives wanted to create a situation in which the people would hate Muslims due to these false flag terror events,” said Dr. Kevin Barrett, a founding member of the Muslim-Jewish-Christian Alliance.

This hatred of Muslims can then be channeled by the American leadership to wars against Islamic nations, more military spending and increased support for Israel, Barrett said on Tuesday.

“The American mainstream media is under the control of Zionists, let’s face it,” he added. “We know from all sorts of research that Zionist Jews are wildly over-represented in the US media.”

Islamophobia has recently spiked in the US following anti-Muslim comments by some Republican presidential candidates, especially Donald Trump.

Trump, who has never held elected office, is currently leading the race for the Republican presidential nomination. His campaign has been marked by controversial statements, including disparaging remarks about women, Mexican immigrants and Muslims.

“It’s understandable that ordinary Americans who aren’t really paying attention, who are getting their propaganda from this hate-mongering media apparatus would be vulnerable to a hate-monger like Donald Trump,” Barrett said.

Trump is “voicing these kinds of feelings that in fact the neoconservatives and the mainstream media have created in the voters,” he observed.

This is more than 20 points higher than his second-place competitor, Ted Cruz — who now enjoys 27 percent support. John Kasich got a boost of 2 points this week and holds third place with 18 percent support. 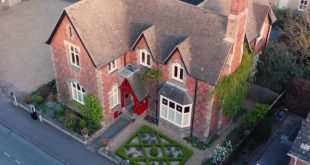 Call for Papers: Intersecting Philosophy of Science with Islamic Thought