Home / All / Fiqh & Socitey / Tolerance in Islam Exemplified by the Prophet Tolerance in Islam Exemplified by the Prophet

No pre-modern civilisation embraced more cultures than that of Islam … [this fact] demonstrates the divine purpose that this Ishmaelite covenant is to bring a monotheism that uplifts, rather than devastates, cultures.

Hamilton Gibb wrote about Islam’s unique success ‘in uniting, in an equality of status, of opportunity, and of endeavour, so many and so various races of humanity.’ Bernard Lewis makes the same point, adding that, in a context of religious plurality, the crucial verse ‘There is no compulsion in religion’ (Qur’an 2:256) enjoins tolerance and forbids the use of force in matters concerning religious faith; he provides this useful starting- point for any discussion of the practice of tolerance in the Islamic tradition.

Tim Winter writes: ‘No pre-modern civilisation embraced more cultures than that of Islam … [this fact] demonstrates the divine purpose that this Ishmaelite covenant is to bring a monotheism that uplifts, rather than devastates, cultures.’ The Muslim attitude towards human beings is essentially defined by the Qur’anic doctrine of the fitra, the primordial, inalienable substance of humanity: ‘So set your purpose for religion as one by nature upright: the fitra of God, that according to which He created man’ (30:30). In the verse (49:13), ‘Omankind, We have created you male and female, and We have made you into tribes and nations in order that you might come to know one another. Truly, in the sight of God, the most honoured amongst you is the most pious amongst you’, ‘you’ implies the absolute equality of all believers, the sole permissible hierarchy within humanity being that based on intrinsic piety, not on such extrinsic factors as gender, tribe, nation, race or religion. Given this view of equality on the human plane, coupled with the Islamic doctrine of universal and cyclical revelation – according to which no community is deprived of authentic divine revelation and guidance – intolerance of the Other is reprehensible on both the moral and spiritual planes, and is not just prohibited on the legal plane. Intolerance feeds on ignorance, while tolerance thrives on knowledge. When one knows through revelation that religious diversity is divinely willed, such knowledge inspires tolerance as a spiritual, and not just an ethical imperative.

Followers of other faiths are granted respectful tolerance, and the source of their faith is granted reverence, in the measure that one knows or simply believes that God alone is the source of the revelations inaugurating the religious traditions of the non-Muslim Other. One cannot but grant respectful tolerance to fellow believers when one knows or believes that what these non-Muslim fellow believers worship is nothing other than the one and only God. This led to the practice of political and religious tolerance even by those who may have only partially assimilated the sacred knowledge on the basis of which the Other is both respectfully tolerated and spiritually appreciated. An expression of what this sacred knowledge entails in practice is given to us in the following well-attested episode in the life of the Prophet. In the ninth year after the Hijra (631), a prominent Christian delegation from Najran, an important centre of Christianity in the Yemen, came to engage the Prophet in theological debate in Madina. The main point of contention was the nature of Christ: was he one of the messengers of God or the unique Son of God? The importance of this meeting is not in the discussion but the worship conducted by the Christians in the midst of these discussions. When the Christians expressed their desire to pray the Prophet invited them to accomplish their rites in his own mosque. According to Ibn Ishaq, the Christians in question were ‘Maliki’ , those affiliated to the Byzantine Church and this meant that they were enacting some form of the rites which incorporated the fully- developed Trinitarian theology of the Orthodox councils, doctrines explicitly criticised in the Qur’an. Nonetheless, the Prophet allowed the Christians to perform their rites in the mosque. Disagreement on the plane of dogma is one thing; tolerance – indeed encouragement – of the enactment of that dogma is another. It may be argued that the Prophet’s allowance of the Christians to pray in his mosque was not so much an act of religious tolerance; rather, it was an act of political courtesy, a diplomatic gesture to the delegation of Najranis who were being encouraged to respect the rapidly expanding Islamic state. It shows how religious tolerance dove- tails with political wisdom according to the prophetic paradigm. It should be stressed that the Prophet did not propose any kind of compromise over the dogmas of the Incarnation or the Trinity. The point which must be stressed here is that, despite fundamentally disagreeing with some of the definitive dogmas of Christianity, the Prophet allowed the Christian to perform their

prayers in Islam’s most sacred spot, thereby indicating at least two principles to his followers: however much we may disagree with the theological tenets of ‘People of the Book’ we are duty-bound to uphold their right to worship according to those tenets; we have no right to interfere with that worship, to undermine it, or to subject it to restrictive conditions. Secondly, we are being instructed that tolerance of the religious Other is an inherent principle of political propriety in Islam, and any deviation from that principle is a violation on both the religious and the political planes.

This act of the Prophet should not be seen in isolation but rather as one in a series of such symbolic acts which, more powerfully than words, uphold the inviolability of the religious rights of the Other and the necessity of exercising generosity and not just tolerance in regard to the Other. As Lings points out, another such act was the protection by the Prophet of the icon of the Virgin and Child in the Ka’ba. He instructed all idols within the holy house to be destroyed, but, according to at least two early historians, Waqidi and Azraqi, he himself protected this icon, not allowing it to be destroyed. According to the thousand year old accounts of the monks of Mount Sinai they came across this young man and they were convinced of his great potential.

These Christians, who were cut off from the more established Church appear to have been expecting the arrival of a Final Prophet, the parakletos (comforter, helper) whom Jesus had predicted would come after him (Bible. John 16:7-11) and may have interpreted this word as perikltos (praiseworthy one), Muhammad one of whose epithets, Ahmed means “praise- worthy”.

Also of relevance here is the charter, said to be sealed by the Prophet himself, granting protection to the monastery of St Catherine in Sinai. The charter states: ‘… on any mountain, hill, village, or other habitable place, on the sea or in the deserts or in any convent, church or house of prayer, I shall be watching over them as their protector, with all my soul, together with all my community; because they [the monks and hermits] are a part of my own people, and part of those protected by me.’ Also, most significantly, the charter makes it incumbent on the Muslims not only to protect the monks, but also, in regard to Christians generally, to ‘consolidate their worship in their churches’. The well-attested invitation by the Prophet to the Najrani Christians to pray in the mosque is disputed by none in the tradition, and this lends considerable plausibility to the Prophet’s charter to the monks and to his protection of the icon. In the contemporary world, all believers of monotheistic religions alike need to be reminded of this basic truth about Islam’s role in relation to diverse human cultures. It is a lesson which teaches all that deep commitment to the faith of Islam, far from implying any kind of ‘nationalist’ or chauvinistic sentiment, on the contrary causes human diversity to flourish; according to Islam’s all-inclusive vision, such principles as truth, virtue and holiness transcend all national, racial, ethnic— and, at the highest levels of thought, religious-boundaries. Therefore, any contemporary effort to review or revive the integral tradition of tolerance in Islam should be focused first and foremost on the verses of the Qur’an, and the acts and deeds of the Prophet; standards of Muslim medieval tolerance, while impressive and enlightened for their times, ought not constitute the yardstick— or the sole yardstick— by which contemporary Muslim tolerance or intolerance is judged. In fact other monotheistic religions can become a source of inspiration for the Muslim who is sensitive to the deeper currents of the Qur’anic discourse on religion and religions.

The article was written by Aliya Azam– a board member of REC. She holds a MA in Islamic Societies and Cultures from SOAS University and a PGCE from the Institute of Education- and first published in islam-today. 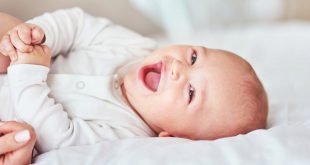 Muhammad Makes List of Top 10 Baby Names in the US 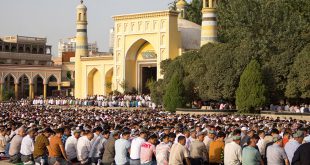