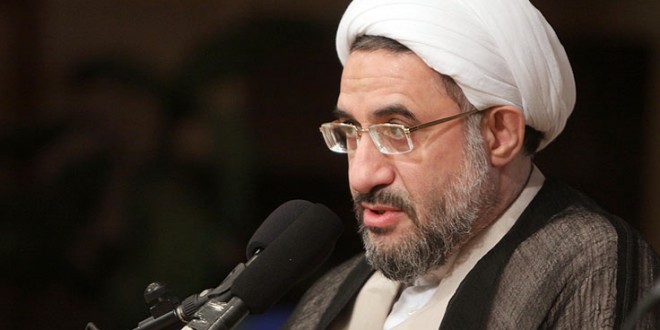 The seriousness of the threat of Takfiri ideology has caused growing interest in the issue of Islamic unity, a prominent cleric said.

Ayatollah Mohsen Araki, secretary general of the World Forum for Proximity of Islamic Schools of Thought (WFPIST), said there has been growing concern about the spread of Daesh Takfiri ideology in the world.

Hence, the threat is felt more seriously for all and that is why interest in Muslim unity has increased, he said.

Highlighting the importance of the annual international Islamic unity conference in isolating Takfiri and extremist groups, Ayatollah Araki added that such events are effective tools for promoting the discourse of unity and countering Takfirism.

The 30th edition of the international conference on Islamic unity will be held in the Iranian capital of Tehran on December 15-17.

The theme of this year’s conference is “Unity and Necessity of Countering Takfiri Currents”.

Muslim figures and thinkers from over 50 countries, including Malaysia, Russia, Indonesia, Iraq, Lebanon, the US, Britain, Australia, Tunisia, China, Egypt, Thailand, and Algeria will attend the conference.

The WFPIST annually holds the international conference on the occasion of birthday anniversary of Prophet Muhammad (PBUH) and Islamic Unity Week.

The interval between the two dates is celebrated every year as the Islamic Unity Week.

Late founder of the Islamic Revolution Imam Khomeini (RA) declared the occasion as the Islamic Unity Week back in the 1980s.

In reply to a question about the ruling of making entreaty to the Prophet (s) for curing Coronavirus disease, the fatwa committee of the Islamic research assembly of al-Azhar said, “after the Prophet’s (s) demise, according to the...