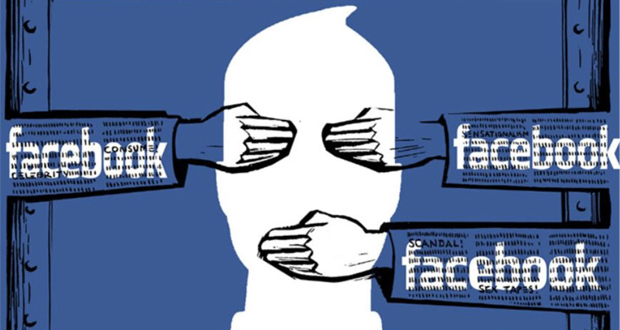 Facebook is doubling down on censorship of anything less than villification of slain Iranian Major General Qassem Soleimani, deleting a clip showing his history of fighting terrorism – and demonetizing the account posting it.

The social media behemoth didn’t just remove independent journalist Dan Cohen’s ‘In the Now’ segment, “How ‘good guy’ Soleimani became US media’s ‘bad guy,” from the show’s page on Tuesday – it demonetized In the Now entirely, citing the typical unspecified violations of “community standards.” The move comes amid an alarming escalation in the platform’s crackdown on political speech that runs contrary to US foreign policy, a wave of censorship that has not been limited to Facebook.

Cohen’s video calmly and accurately explains how Soleimani “saved the region from falling to ISIS,” fighting the terrorist group alongside the US and its Kurdish allies before he was recast posthumously by a complicit western media as “actually a huge terrorist and a ticking time bomb who was born to kill Americans.” The video exposes the ideological inconsistency of the outlets currently depicting the Quds Force commander as the devil incarnate, showcasing clips from those same outlets in recent years praising Soleimani’s battlefield performance.

Rania Khalek, who runs In the Now, tweeted in shock that a video merely stating facts about Soleimani had gotten her page demonetized, asking “where is the outrage” now that Facebook was so explicitly deleting material for ideological reasons.

Facebook and its subsidiary Instagram have come under fire from independent journalists and media organizations like the International Federation of Journalists for embarking on a wholesale campaign to deplatform all support for Soleimani in the weeks following the US airstrike that killed him. The company has claimed the extensive US sanctions placed on Iran, including the designation of the Islamic Revolutionary Guard Corps as a terrorist organization, require it to censor such posts, though even legal experts quoted by CNN took a dim view of that rationale.

Facebook and Instagram not only remove accounts run by or for sanctioned individuals or groups, but also posts that (they claim) praise or seek to assist the people in question – making sanctions a convenient excuse for mass-deplatforming any user who holds a political view the US government has deemed heresy.

Iranians saw insult added to injury when over a dozen Iranian journalists, several state-run media organizations, and countless ordinary individuals and activists’ Instagram accounts were yanked entirely in the days following Soleimani’s assassination. Many more saw pro-Soleimani posts removed, even when they carefully avoided saying his name – one Lebanese researcher praised “Q*ssem S*leim*ni” for protecting Christians from ISIS and al-Qaeda, only to have his video removed anyway.

The rank ideological discrimination not only left them unable to publicly mourn for a leader beloved by the lion’s share of the people, but allowed pro-regime-change trolls to dominate the narrative. Facebook has recently taken flack from the US political establishment for refusing to “fact-check” political ads, but non-advertising content is more tightly controlled than ever.

Twitter removed state-backed media outlet Al-Alam News’ account, as well as that of the popular Iran-backed Spanish-language media outlet HispanTV, only reinstating the latter after a massive public backlash. Dozens of individual Iranians who supported their government were also deplatformed on Twitter, while anti-government users – many linked to notorious exile terror group Mujahedin e-Khalq (MEK) – were allowed to continue slinging hate against Soleimani and his supporters. Twitter even dished out a ban to Syrian President Bashar Assad, but restored the account after a few days. 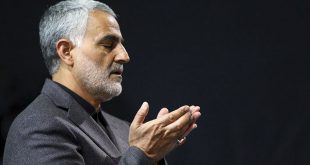 He knew that martyrdom was with him; so, one day, he brought his shroud to me and I signed it, while I told him that he was beyond that signature, but I...