These three Shia scholars were asked regarding the upcoming election in Pakistan. What follow are the answers:

Ayatollah Sheikh Basheer Hussain Najafi, one of the five Grand Marja in Iraq answering the question about Shia’s participation in Pakistan election said: “Vote for someone who protects Pakistan and also be a helper for shias.”

Ayatollah Safi Golpaygani a prominent Iranian Shia Marja said: “If the Shia refusal to participate in elections undermines their situation, it is necessary for them to vote.”

In his letter, his eminence states:

In the name of God, the compassionate the merciful

Peace and blessings of Allah be upon him

If the Shia refusal to participate in elections undermines their situation, in that case, it is necessary and essential for them to vote in election.

Ayatollah Sayyid Muhammad Saeed Hakim in response to a question regarding Pakistan’s Shia duty to vote in election said: Participating in election at this time is the right of the people and opportunity to reform the affairs of the country.

The letter states, participating in the election and determining the fate of the country at this time is the right of the people and an opportunity to reform the affairs and progress of the country, even to some extent.

And in this regard, it is recommended that people stay on the scene and choose the right, competent, and honest individuals.

We ask God Almighty for the success of honorable people so that they can fulfill their religious and national duty. 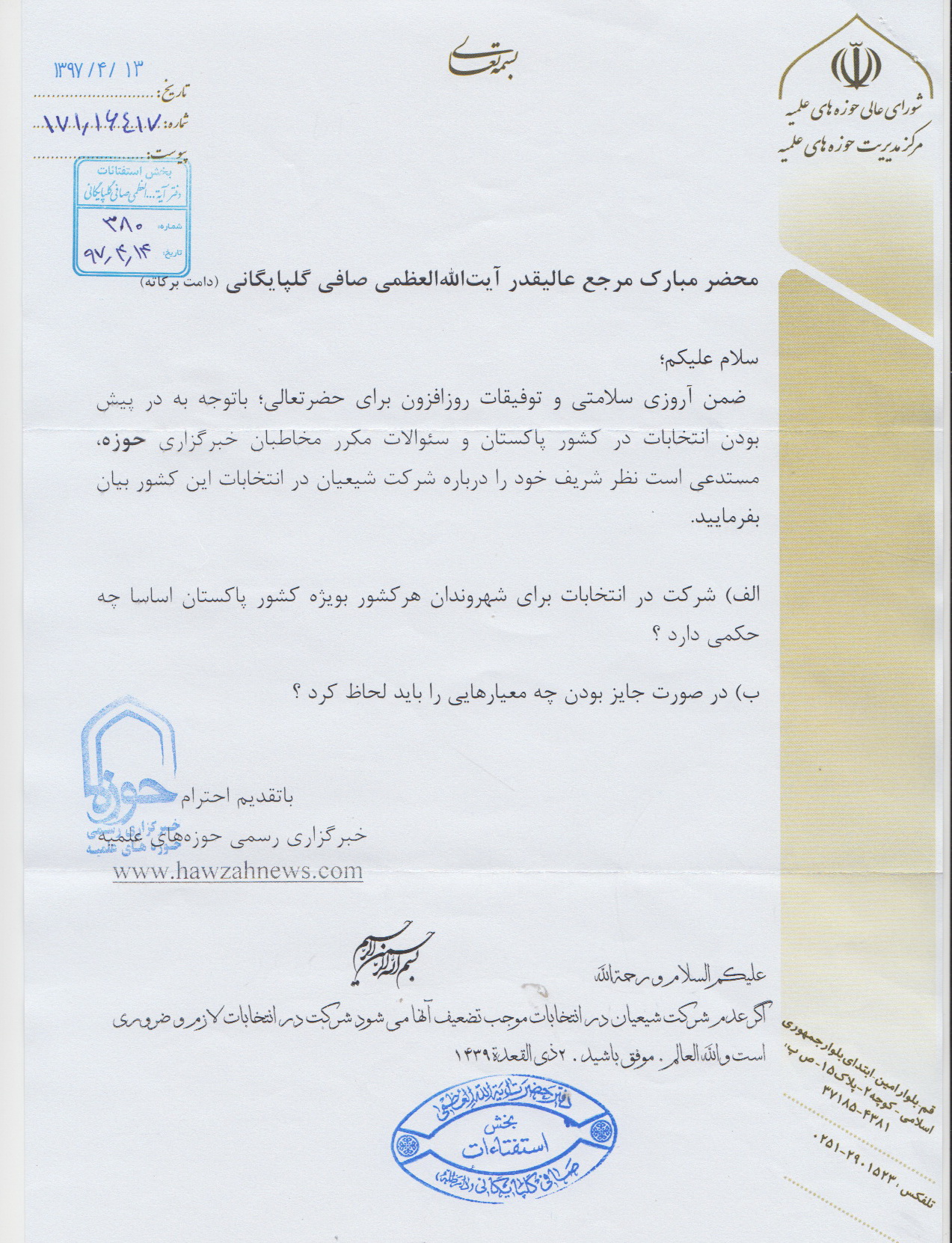 Previous Iqtisaduna [Our Economics] Vol. 01 Part I +PDF
Next Article: Islamic Jurisprudence and the Status of Arthropods

How Can We Believe in the Existence of Imam Al-Mahdi?

Supposing that the hypothesis of the Expected Leader and all that it comprehends of prolonged life, early leadership and a silent absence, is possible, that would not be enough proof for his existence, thus, how can we indeed believe in the existence of...