Bahrain’s most prominent Shia cleric Ayatollah Sheikh Isa Qassim was admitted to one of the hospitals in Tehran, Iran to complete the treatment process and perform some of the necessary tests. 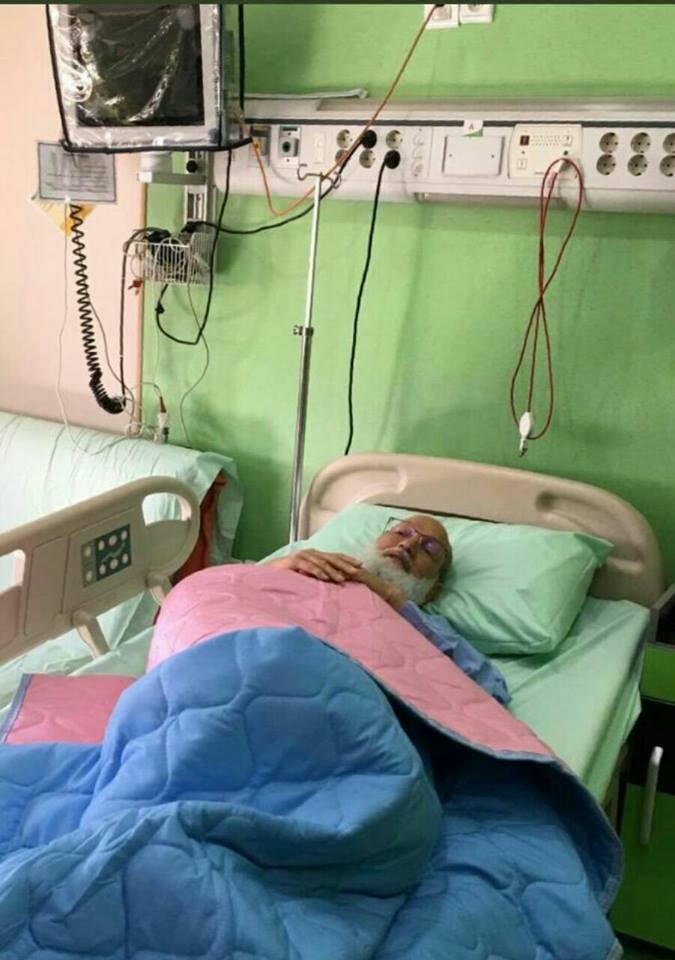 Late in 2017, Sheikh Qassim was taken to a private hospital in critical condition and underwent surgery in February.

The Al Khalifah regime seeks to silence the opposition and put its leaders in jail, send them into exile or revoke their citizenship.

On May 21 last year, a Bahraini court convicted Sheikh Qassim of illegal collection of funds and money laundering, and sentenced him to one year in jail suspended for three years. It also ordered him to pay $265,266 in fines in a ruling which sparked widespread demonstrations across the kingdom.

Bahraini authorities stripped the cleric of his citizenship on June 20, 2016. They later dissolved the Islamic Enlightenment Institution founded by Sheikh Qassim as well as the opposition al-Risala Islamic Association.

Anti-regime protesters have held demonstrations in Bahrain regularly since February 2011.

They are demanding that the Al Khalifah dynasty relinquish power and allow a just system representing all Bahrainis to be established.

Manama has gone to great lengths to clamp down on any sign of dissent. On March 14, 2011, troops from Saudi Arabia and the United Arab Emirates were deployed to assist Bahrain in its crackdown.

Scores of people have lost their lives and hundreds of others sustained injuries or got arrested as a result of the crackdown.

Previous Call for Papers Workshop: Islamic Modernity, Reform and Tajdid (Renovation)
Next Book: Islam and Law in Lebanon: Sharia within and without the State