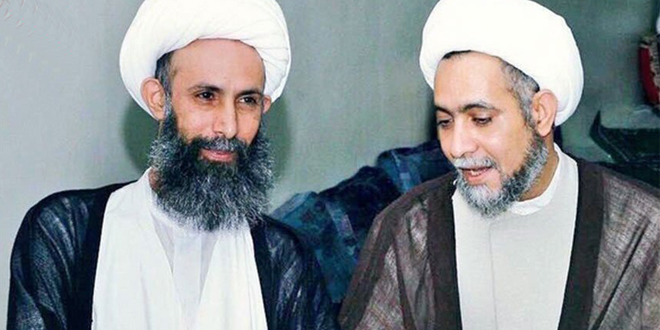 A court in Saudi Arabia has sentenced Shia cleric and human rights activist Sheikh Mohammed al-Habib to 12 years in prison and imposed a travel ban on him, as the Riyadh regime presses ahead with its heavy-handed crackdown on members of the religious community.

The rights group Prisoners of Conscience, which is an independent non-governmental organization advocating human rights in Saudi Arabia, announced in a post on its official Twitter page on Thursday that the Specialized Criminal Court in Riyadh had passed the ruling on the clergyman and prevented him from traveling abroad for five years.

On July 29, the same Saudi court sentenced an anti-regime activist from the kingdom’s oil-rich and Shia-populated Eastern Province to death.

Saudi authorities had also executed two of Ali’s brothers, Ahmad and Hossein, on April 23 over their political activism.

Eastern Province has been the scene of peaceful demonstrations since February 2011. Protesters have been demanding reforms, freedom of expression, the release of political prisoners, and an end to economic and religious discrimination against the oil-rich region.

The protests have been met with a heavy-handed crackdown by the regime, with regime forces increasing security measures across the province.

Back in mid-July, informed sources, requesting anonymity, said that a young Saudi man had died more than a week after being injured by regime forces when they raided a district in the province.

The sources added that the forces fired indiscriminately, inflicting damage on many houses and buildings. Adam suffered critical injuries during the raid. In Islam "the principle of ibaha" (i.e. the principle that everything is allowed unless you know otherwise) has been confirmed and in Islamic texts and sirah (way of life) of the...