A Report on United under the Mantel of Prophet Conference +Pics

The Sparkbrook Masjid and Islamic Centre in Birmingham organised a conference last December titled “Unity of Ummah in the light of the Sirah of the Prophet of Islam”, attended by ulama (religious scholars) and representatives of all Islamic schools of thought.

The programme was an excellent example of unity and cooperation for the cause of Islam and the Muslim (community).

The event commenced with the beautiful and soul stirring recitation of Qur’an by Mahmud al-Fozi, from Jamia al-Azhar, Egypt, and was followed by the welcoming remarks of Mufti Mohammad Farooq Alvi (the prayer leader of Sparkbrook Mosque and organiser of the conference).  He voiced his appreciation for all the scholars who had accepted his invitation and joined him on this sacred occasion. He called this auspicious event an opportunity to show love and brotherhood, an occasion in which to remember the life and message the holy Prophet.  Dr Mohammad Khalid elaborated the objectives of the conference in detail and the distinctive features of Sparkbrook Masjid and Islamic Centre.

A renowned scholar, Sahibzada Misbahul Malik Luqmanvi (representative of Jamaat Ahl al-Sunnat), welcomed the theme of the conference and congratulated the organisers for arranging such a great programme uniting all ulama from different backgrounds and schools of thought for the single objective of following the Quranic directive:  “And hold together the Rope of Allah unitedly and be not divided”. He hoped the programme would open more avenues for the Muslim community and scholars in promoting unity and brotherhood in the face of new challenges. He urged other ulama to arrange similar programmes in other centres.

A great scholar, Shaykh Muazzam Ali Qummi, khatib (prayer leader) of Hussainiyah mosque, put his emphasis on the concept of unity of the ummah and explained the need for unity in the wake of today’s challenges in successfully conveying the true message of Islam to the other communities who have not yet received it.

The well-known scholar Shaykh Imdadullah Qasimi, (President of Jamiat Ulama of Britain and imam of Hamza Mosque in Birmingham) strongly welcomed the topic of the conference and declared it to be the need of the hour. He expressed his happiness to see both Sunni and Shi‘a ulama together on the same stage working for the same purpose. In his brief talk, he urged all ulama to be sincere and strongly discourage those who intend to promote sectarian hatred and division within the Muslim community. 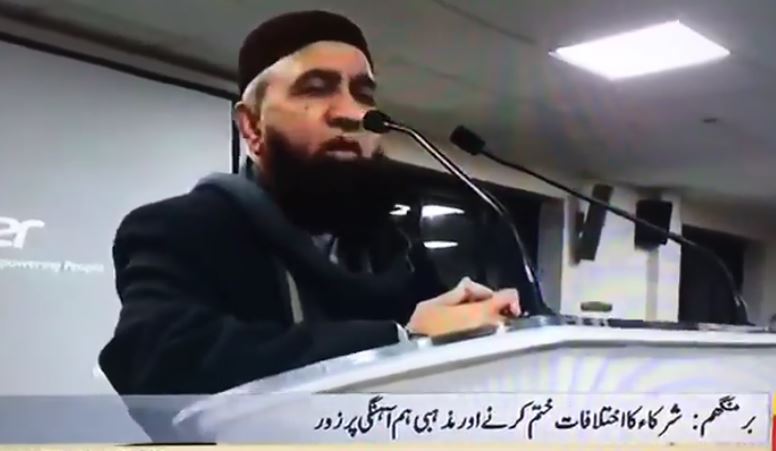 A prominent scholar and orator, Shaykh Abdul Hadi (president of Jamiat Ahl ul Hadith Salafi UK) focussed on the notion of unity in the light of the Qur’an and Sirah and illustrated that unity of ummah is not only something based on the need of the moment but a clear injunction of the Qur’an which has to be achieved in all circumstances and at all times and should not be put aside for any reason. He expressed his sadness at how some Muslims are unaware of the notion of unity which has been commended by the Qur’an time and again.

Shaykh Amir Hussain Naqvi stressed the foundations of the unity of the ummah, particularly between Shi‘as and Sunnis, explaining that both stand on the same and clear principles of Islam, and today there is a need to return to the same foundations for the sake of the community and humanity. He reiterated that the division and rift has created havoc undermining the cause of Islam. He pointed out that this is the result of the work of those elements heavily engaged in sowing the seeds of division and hatred among Muslims for their own vested interests.  He stressed that we cannot combat these forces unless we are united in the real sense. 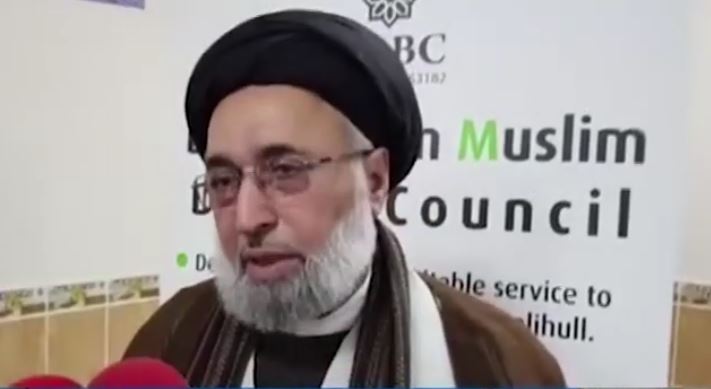 A special guest and renowned research scholar, Shaykh Arif Abdul Hussain (The director of Al-Mahdi Institute), also stressed the great advantages unity can bring to the ummah and humankind as a whole. He emphasised the prime objective of the evolution of this ummah for the betterment of all people irrespective of their backgrounds and religions. “Today we have assembled here not only to show our unity, rather to renew the covenant we have made with God” he stated. He expressed his sorrow about the current plight of the ummah saying it has drifted away from its real purpose for which it was created. He urged ulama of all denominations to devote themselves to the cause of unity and brotherhood and make sincere efforts to understand each other genuinely and to benefit from each other’s experiences in order to overcome differences. He further added that our differences are related to only the minor issues of the religion while the fundamentals of faith are the same and are divinely revealed and eternal. He also stressed the need for Islamic dawah (propagation) and serving non-Muslims as well as Muslims. 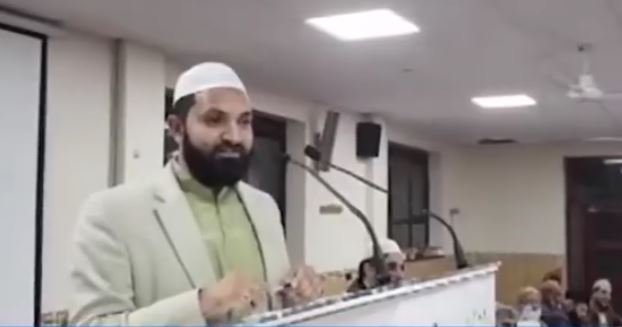 Another special guest, Allama Ghulam Rabbani Afghani (President of Jamaat Ahl Sunnat UK), also appreciated the theme of the conference and expressed his happiness at seeing both Sunni and Shi‘a ulama together here for such a noble cause. He also touched upon disunity, something which has been forbidden by the Qur’an, and which has horrible consequences. He asked ulama and community leaders to realise these tragic results of division and be united against those so-called religious leaders who are still engaged in dividing the ummah and spreading sectarian hatred.

Guest of honour at the conference was the UK representative of Grand Ayatollah Khamenei, Dr Muhammad Ali Shomali from the Islamic Centre of England in London.

Dr Shomali emphasised the necessity of a correct understanding of the Qur’an. It is in some specific verses of this Holy Book that God presents to us the true character and mission of the Prophet Muhammad(s).  Dr Shomali explained that despite the interpretation of some misguided Muslims who equate our Prophet with war and harshness, the Qur’an presents a completely different picture of our Messenger. His mission was a mission of peace and spiritual salvation. Though he had to deal with military threats and wars, a task that he undertook with bravery and success, this was not his primary role. Any study of the life of the Prophet Muhammad(s) will show that he was a model of moral rectitude bringing divine light into this world.  Dr Shomali concluded that an Islam that brings tensions and division is not true Islam, and if we want to honour and make our Prophet happy we should have more meetings such as this.

Finally, Br Sikandar Zulqarnain (President of UK Islamic Mission) thanked all ulama and guests for their valuable talks and showing unity and real brotherhood on this important occasion. The conference was also attended by prominent community leaders from all backgrounds, MPs, councillors and some representatives from non-Muslim communities too. 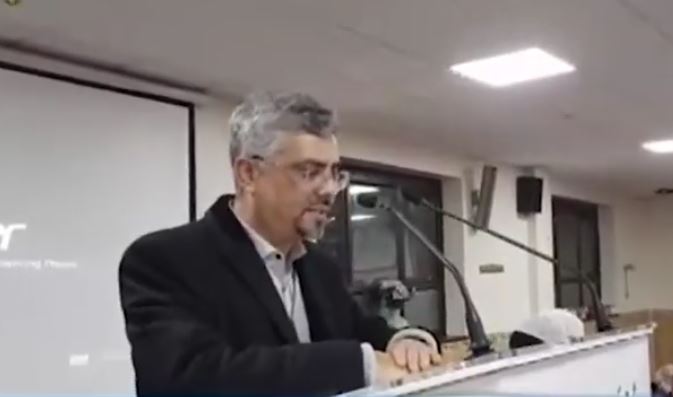 Previous Hijab: A Muslim Woman’s Freedom and Identity
Next The Archetypal Sunni Scholar: Law, Theology, and Mysticism in the Synthesis of al-Bajuri