A Report on third International Conference on Shi‘i Studies

The Islamic College situated Willesden, London in co-operation with the Islamic Centre of England, hosted the 3rd International Conference on Shi‘i Studies, on 6-7 May.

The first conference launched as an annual event back in 2015.

The conference was organised by the Research and Publications department of The Islamic College, an academic institution specialising in the study of Islam at undergraduate and postgraduate level.

While the College’s broader approach to the study of Islam is academic and non-sectarian, its Research and Publications department has a more focused objective, specialising in the publication and study of Shi‘a Islam.

This year twenty-three papers were presented over a two-day conference divided into nine separate sessions/panels. The event was also open to the public.

Some of the titles of the various panels, highlighting the diversity of subjects were:

In the introductory address, Sheikh Mohammed Ali Ismail, Director of Research and Publications explained that the response to the call for papers was great and the number of papers received was twice the amount that could be presented in two days.   He also commented on the wide range of topics addressed by the researchers, demonstrating how the area of Shi‘i studies is a vast one which is receiving increasing attention in academia.

The international participants came from Canada, Europe, the Middle East, South America and the USA.

The first session, focussing on contemporary issues, set the pace for the event and speakers made their research available for the scrutiny of both members of the public and experts in the field of Islamic studies. The result was an engaging conversation between presenters and the audience who asked interesting and challenging questions. In ‘Intrafaith identity: Dynamics and demographics’, the three panellists discussed the causes of sectarian tension, in the case of Iraq and Syria, demographic changes in Iran and Pakistan’s Shi‘a ulama’s (religious scholars) perception of the role of the state in providing security for the Shi‘a minority.

The ‘Shi‘ism worldwide’ panel, was divided into three separate sessions over the two days. The first one provided the opportunity to explore the condition of three different Shi‘a communities in Qatar, Kuwait and most interestingly the region of the Colombian Pacific. The three researchers in this panel gave an insight into the condition and dynamics of interaction between these minority communities and the society to which they belong. 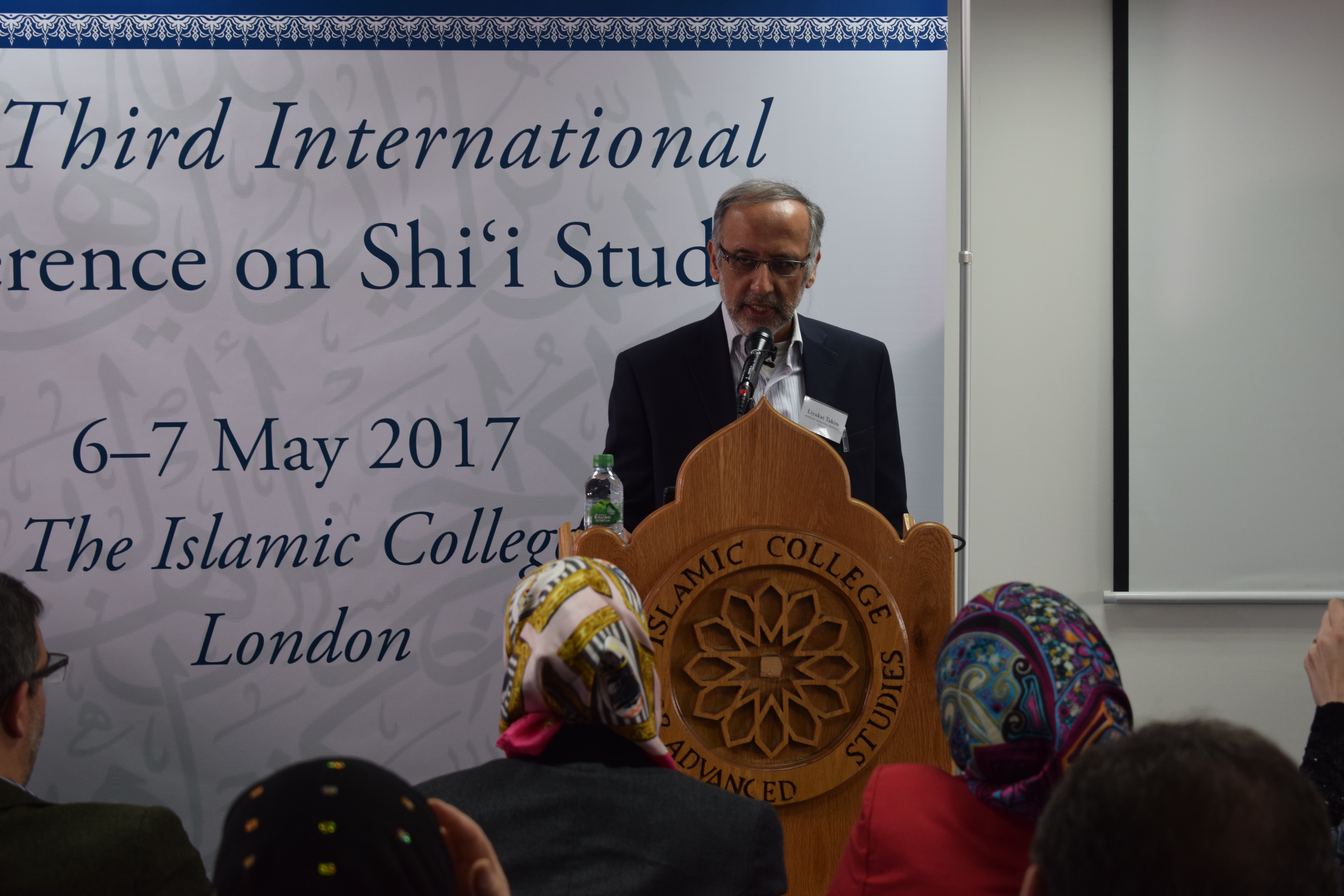 Other presentations within this panel looked at the issue of identity among British Shi‘a Muslims; the status of black Shi‘i Muslims in America; Hijab in Iran and a very interesting ethnographic research by a Swedish author who spent several months among the women of the female seminary of Jami’at al-Zahra in Qom.

Equally interesting were the topics of the other panels such as the ‘Classical texts and exegesis’ in which three speakers discussed the work of past and contemporary Islamic scholars in the field of Islamic jurisprudence and Quranic exegesis.

The Sunday morning session started with an interesting co-research on ‘the role of Shi‘i Imams in the revival of divine leadership’ by two authors, one from London and another from Isfahan, Iran. The organisers of the conference had placed this particular presentation in the ‘Interactions: East and West’ panel which also included a presentation on an explorative study on Islamic ethics and moral psychology.

‘Knowledge, authority and philosophy’ was the name of the second panel held on Sunday morning. The first author of this panel discussed ‘the sources of Shi‘i intellectual history and the struggle between opposing tendencies within the same tradition’. This was followed by the presentation of an ongoing research project on the identity of Shi‘a Muslims in Britain. The second session of the day ended with a presentation on a study titled:  ‘Preserving or extending boundaries: The Black Shi‘is of America’.

The final panel of the two-day conference was on education. The first two papers were presented by researchers of the Isma’ili Shi‘a community. Both analysed educational developments within the community presenting the Baitul Ilm project designed to develop interpersonal skill among members of a specific migrant community in Pakistan. The second paper looked at the development of the religious education curriculum within the Isma’ili community and its applicability outside of this community.

The final speaker presented some ideas about developing a syllabus of study for Muslim schools that could potentially bridge the Muslim-Western value debate. A closing address to the proceedings was given by Dr Mohammad Ali Shomali, Director of the Islamic Centre of England. Previous Article: The Roots of Formation of Ayatollah Khomeini’s Political Thought
Next Encouraging the Nation to Get Rid of US Domination was Imam Khomeini’s Idea