Sheikh Isa Qassim made the remarks during an address at a conference in the north-central holy city of Qom in Iran on Monday.

The US announced the scheme last year, but withheld its details. Leaked information, however, indicate that it features serious violations of the Palestinian’s age-old demands.

Palestinian officials from all factions have unanimously spurned the scheme, citing strong suspicion about the US’s intentions. The Palestinian Authority began refusing any intermediary role by Washington in the Israeli-Palestinian conflict in late 2017 after Trump recognized the holy occupied city of Jerusalem al-Quds as Israel’s “capital.”

Ayatollah Qassim said the US plan amounted to selling everything the Palestinians have, including Islam’s holy sites.

Rejecting the deal means rejecting slavery and accepting freedom, he added, and noted that there was no choice for the Islamic world but to resist America’s plans for Palestinians.

He said Washington’s deal was a trial for Arab rulers to show their true colors.

Many Arab states have reportedly nodded their approval of the plan. Bahrain has even chosen to host a US-led conference, which will kick off on Tuesday to divulge the economic aspects of the plan.

The White House, itself, broadly referred to the economic component of the plan, which Trump has hailed as “the deal of the century,” on Saturday, saying it envisages $25 billion in new investment to aid Palestinians within the next 10 years. Palestinian officials reacted by saying that Palestinians’ would not be giving up their rights and demands to such economic incentives.

The Bahraini cleric noted that the Bahraini people were against both the deal and the Manama conference.

Ayatollah Qassim enjoys huge popularity among Bahrain’s Shia-majority population as a pro-independence figure. He has proven a prominent source of inspiration for the nation’s 2011-present popular protests against the US-backed Bahraini authorities’ campaign of suppression targeting the Shias.

Over the past years, the authorities have been leading tremendous effort to constrain Qassim’s freedoms and rights, including stripping him of his citizenship and raiding his house on numerous occasions, forcing him to live in exile since July 2018. 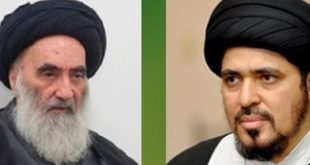 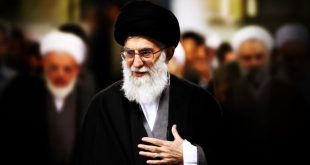 Ayatollah Khamenei is Hussain of the Time: Sheikh Isa Qassim 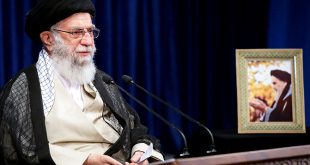 Leader of the Islamic Revolution Ayatollah Sayyi d Ali Khamenei says the United Arab Emirates has betrayed the entire Muslim world by normalizing ties with the Israeli regime, but that the...