A conference on protection of holy sites in Pakistan will be held in the city of Sehwan Sharif, Sindh province, on Thursday.

It will be organized by the Majlis Wahdat-e-Muslimeen movement with the participation of Shia and Sunni scholars and political activists.

The conference will come following a terrorist attack that killed more than 80 worshippers in a shrine in the province on Thursday, February 16.

The bombing at the famed Lal Shahbaz Qalandar shrine in southern Sindh province was Pakistan’s deadliest attack for two years, killing at least 83 people and highlighting the threat of militant groups such as the Pakistani Taliban and Daesh.

The Daesh terrorist group claimed responsibility for the attack.

Maqsood Ali Domaki, the secrtary general of the Majlis Wahdat-e-Muslimeen movement in Sindh criticized the Pakistani government for its failure to counter Takfiri terrorism, accusing some elements within the government of colliding with the terrorist.

He regretted that the government is aware of the schools and centers that propagate Takfiri ideology but does nothing to curb them. 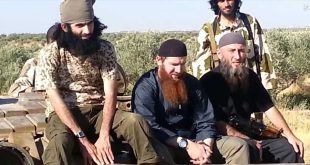 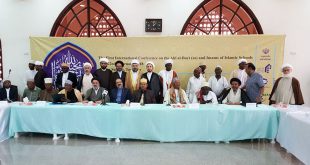 Examples of respecting the Ahl al-Bayt (a) by the Imams of the Four Sunni Schools plus their admittance about absolute superiority of Imam al-Sadiq (a) in knowledge, God-wariness and worship......