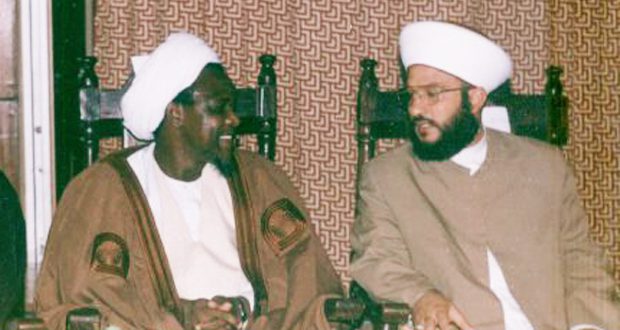 Muslim clerics of Lebanon in a statement have expressed concern on the news about the jail conditions of the leader of the Islamic Movement in Nigeria Sheikh Ibrahim Zakzaky. The statement has criticized Nigerian authorities for being defiant towards the Sheikh’s poor health and blocking his family and friends from providing him with proper medical care.

The statement describes Sheikh Zakzaky as a political prisoner thrown behind bars without any charge. It adds Nigerian authorities have jailed the IMN leader for simply attracting followers and trying to hold religious gatherings on Ashura, the Prophet Mohammad’s birth anniversary, Muslim Unity Week or International Quds Day.

The statement by Lebanese clerics adds that at the time when the West African country is struggling with the Boko Haram Takfiri group, the Nigerian government should allow Sheikh Ibrahim to walk free from jail and continue with his efforts to introduce real Islam to the Nigerian youth. It also charges the Zionist regime of pressuring Nigeria to continue the detention of the Shia leader and IMN followers, saying Sheikh’s achievements to raise awareness about Islamic unity and his support for the Palestinian cause including his insistence to hold International Quds Day rallies in the capital Abuja have angered the Zionists.

The Association of Lebanon’s clerics has requested the international human rights bodies, Nigerian rights defenders and the Islamic Cooperation Organization to put pressure on Nigeria to release the leader of Islamic Movement and provide him with much-needed medical assistance.

Founder of Islamic Movement in Nigeria (IMN) Sheikh Ibrahim Zakzaky and his wife have been imprisoned since 2015, following the army’s attack on a group’s religious gathering in the city of Zaria, Northwest Nigeria. The government of President Muhammadu Buhari has so far shunned the Supreme Court’s orders to release the Sheikh.

Mahdi Haeri Yazdi: An Insight into His Intellectual and Political Philosophy

Thus, this paper will seek to provide a brief biography and an insight into the contentious thoughts of Ayatollah Mahdi Haeri Yazdi....