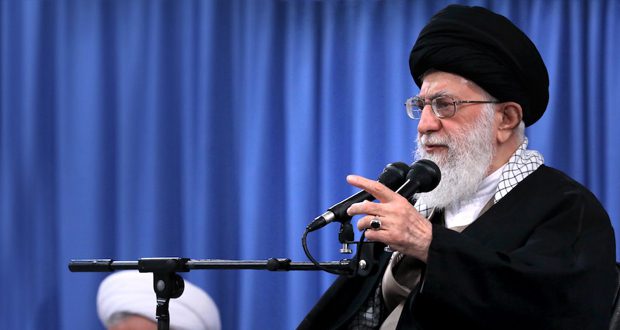 Muslims Should Strengthen the Movement of Islamic Awakening

On the auspicious birth anniversary of Prophet Muhammad and Imam Sadiq (peace be upon them), the heads of power branches, government officials, ambassadors of Islamic countries as well as invitees to the International Conference on Islamic Unity held in Tehran met with Ayatollah Khamenei—the Supreme Leader of the Islamic Revolution—this morning, November 25, 2018.

In this meeting Ayatollah Khamenei stressed the significance of uniting around the light of Prophet Muhammad to overcome challenges in the world and among Muslim, saying: At a time when the world was immersed in the darkness of ignorance and deceit, God bestowed upon the entire mankind the light of the Prophet Muhammad (PBUH). Today too, if we follow this light, it will lead us to prosperity and salvation. If humanity achieves the maturity to accept the prophet’s invitation, all of its calamity will be resolved. Today, as a result of the oppression practiced by the domineering powers, the world is in darkness like that day. Today, humanity is encountered with afflictions; this is not only the case in the Muslim World; rather countries that are apparently developed, are also suffering from afflictions. Islam can fulfill all these needs.

The Leader of the Revolution pointed out to the obsession of the government of the United States with the South West Asian region and its concern regarding the rise of Islam and held: The U.S. is obsessed about our region because the nations of our region incline to Islam. Wherever Islam has come to power, Arrogant Powers have been slapped in the face.

Ayatollah Khamenei praised the resistance that exists in the region against the domineering, imperialist powers and stated: There is a movement of resistance against oppression in the world, and this resistance relies on the name of God and Islam.

The Leader of the Islamic Revolution slammed Saudi regime for giving into U.S. President Trump’s humiliating blusters about them, asserting that: You have heard the ranting U.S. president analogized the Saudi rulers to ‘milking cows’. If the Al-Saud is not offended by these insults, we do not care. However, this humiliation targets the people of that country and other Muslim nations as well.

Ayatollah Khamenei criticized Muslim states that ally with the United States in matters concerning Palestine or Yemen, and states: Why should Muslim rulers side with the U.S. in its criminal acts against Palestine and Yemen? These rulers must know that in the two fronts, victory will be for the people of Palestine and Yemen, and the U.S. and its allies will be defeated.

The Supreme Leader of the Islamic Revolution praised the strong resistance by the Yemeni people in the face of atrocities by the Saudi regime, backed by the United States and held: The people of Yemen are undergoing the most severe tortures on the part of the Saudi regime, supported by the U.S. Nevertheless, the people of Yemen and Ansar-Allah will be victorious. Those nations that rely on God and resist, will be assisted by God: this is a divine tradition.

Ayatollah Khamenei described resistance as the only way forward to victory over enemies, adding that: The only solution is resistance, and what has frightened the U.S. and its allies today is the resistance of the Muslim nations—which will soon bear fruit.
His Eminence glorified Iranian people’s resistance in the face of animosities by the US and other major powers as an example of resistance being the only way to defeat the enemies and attain prosperity. He went on to say: The Iranian nation has been resisting for forty years. We were a fragile and small sapling at first, and we resisted thanks to blessings of the name of the prophet (PBUH) and the leadership of Imam Khomeini. We endured many hardships on this path and have had many martyrs. But, today the Iranian nation is a strong tree. Today the U.S. and the Zionist Regime won’t dare to threaten the Iranian nation. Their threats and animosity have been defeated so far, and will be defeated in the future; the sanctions will also be defeated thanks to the resistance. 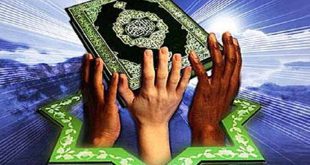 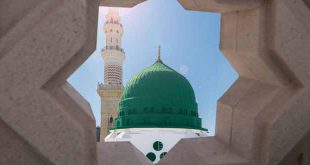