The International Union for Muslims Scholars (IUMS) on Sunday called on the Indian government to retreat from a controversial citizenship law, warning that the law would fuel hatred against Muslims.

In a statement, the IUMS said it was closely following the situation of Muslims in India with great concern following the passage of the citizenship law.

It said the legislation would expose Muslims to various forms of restrictions and oppression, going on to call on the UN and the Islamic world to stand up against the law.

Further, Muslim leaders believe that the new law would be linked to the National Register of Citizens — an exercise, where every citizen would be asked to prove afresh Indian citizenship. They apprehend, while non-Muslims would be covered under the new law and would be citizens automatically, the country’s 180 million Muslim population will be made to run helter-skelter to prove citizenship.

The IUMS said the citizenship law was the third episode in a series of decisions taken by the Indian government in recent months, which have invited the anger of Muslims.

The Muslim bloc went on to describe the law as racist as it excludes Muslims in comparison with people of other beliefs. 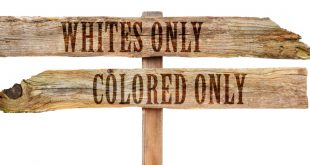 Prejudice and Racism in the View of Islam

This book recounts the lives of some of the Ulama of Iran committed to the inspired and noble cause of Islam.