Sunni Muslims in Birmingham and around the world are getting ready for a moon sighting of the Dhu al-Hijjah in order to determine the date of Eid al-Adha 2019.

And the Islamic month of Dhu al-Hijjah is fast approaching.

But it could mean Eid once again falling on different days.

Muslims in the UK will be attempting to get a first glimpse of the crescent of the new moon on Thursday, August 1, or – if it’s not visible – get verified reports of moon sightings in neighbouring countries.

However, some Sunni Muslims will be following Saudi Arabia’s announcements which are based on its Umm al-Qura Calendar.

In an effort to create more consistency with the Eid celebrations, some Muslim organisations have agreed to a memorandum of understanding (MoU) on the issue.

An MoU is an agreement between two or more parties to determine a common course of action.

They have all agreed to look for the crescent moon in the UK after sunset on the 29th day of the month and to share information and news.

If it’s not seen in the UK, the organisations will rely on “credible and verifiable moon-sighting news from Morocco or South Africa.”

The MoU aims to commit to developing a moon-sighting radar system which will monitor reports of observations from around the world.

Pir Noor ul Arifeen Siddiqui, head of Aston-based Islamic broadcaster Noor TV and its moon-sighting board, said: “We are pleased to see the development of the MoU.

He added: “Our board will be hosting a live TV programme on Thursday, August 1, to determine the day of Eid al-Adha.”

Based on astronomical calculations – and subject to confirmation – the predicted dates are for Dhu al-Hijjah to begin on Saturday, August 3, and Eid al-Adha to take place on Monday, August 12. 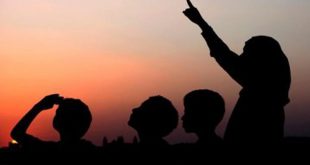 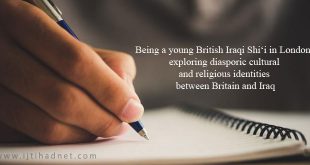 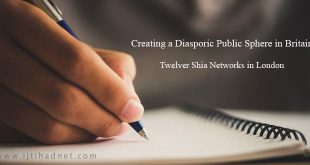 Based on ethnographic research in London, this article provides novel insights into the Twelver Shia Muslim organizational field in Britain and its engagement in...