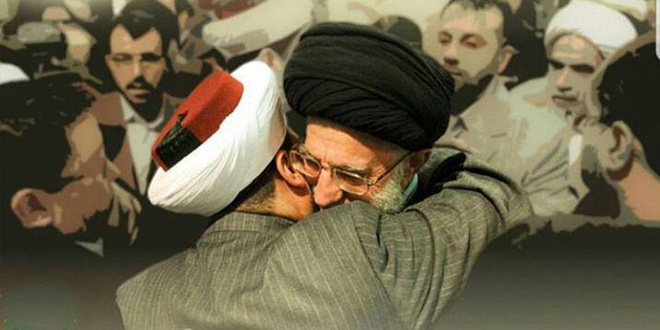 Islamic unity is a sacred slogan. If the Holy Prophet (s.w.a.) were among us today, he would invite us to promote unity as this holy ayah says, “It grieves him that you should perish: ardently anxious is he over you: to the believers is he most kind and merciful”.

Today, we can see that westerners have started a new movement in Africa in order to dominate African nations and to maintain their presence again in the lives of African people. When the fire of discord is kindled, the enemy finds the opportunity to do anything. What disasters they are creating in Pakistan, our neighboring country, under the pretext of differences in this country. How they make a group of people kill another group of people in Syria. How they completely silence the voice of a nation in Bahrain. They deprive a nation of everything. How they pitch the people against one another in Egypt and other areas. These are the policies which may have been shaped as a result of certain individuals’ personal and religious motives. But the main plot has been hatched by the enemies.

I do not accuse anybody of intentionally and willingly hatching the plot of the enemy. But I firmly say that each kind of discord among Muslim nations or inside each Islamic country means that they are playing into the enemies’ hands. This is a kind of help offered to the enemy. Everybody should take the issue of unity seriously. Primarily elites, including political, religious, academic and seminary elites should do this. Elites, wherever they are, should do this. In our country, everybody should take the issue of unity seriously. Creating religious discord among different Muslim groups is a great danger. If the enemies can fuel the fire of sectarian discord somewhere, extinguishing this fire is one of the most difficult tasks. We should prevent this from happening. This is not possible except if the elites, in each country, show their initiative, make efforts and preserve their purity. Scholars, academics, politicians and those who are influential, should explain to the people the plot of the enemy and his hope of creating discord among the people, Islamic countries, Islamic parties, different orientations in different Islamic denominations and between Shia and Sunni. They should inform the people.

This is a great danger which the enemies have been involved with. The English have long experiences in this regard. We have read about them in history books and we can see what they have done to create discord. They know how to do it and the others have learnt this from them. They are busy trying to create discord. We should avoid discord. We should not fuel the fire of discord by arousing shallow and vulgar feelings. This will burn the fate of nations. It will completely destroy them, it will help the enemies of Islam, the enemies of Muslims and the enemies of independence succeed in their goals and it will help them hatch their plots. We should remain vigilant.

Islamic unity is a sacred slogan. If the Holy Prophet (s.w.a.) were among us today, he would invite us to promote unity as this holy ayah says, “It grieves him that you should perish: ardently anxious is he over you: to the believers is he most kind and merciful” [The Holy Quran, 9: 128]. He would prevent these kinds of discord. If we love the Holy Prophet (s.w.a.), we should meet this major demand that he made. 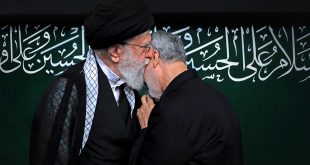