Islamic Perspectives on the Movement of Humanity (Hijrah)

Although the term hijrah or migration often refers to the departure of Prophet Muhammad (pbuh&hp) from Mecca towards Yathrib (now known as Medina), which also marks the start of the Islamic calendar, the significance of migration certainly cannot be confined solely to that event.

According to the World Bank, more than 247 million people live outside the countries of their birth, and this number has increased by 50 per cent since 2000.[1] The migration of humanity is not a modern phenomenon; large groups of people have been relocating over long distances since pre-historic times.[2] Indeed, this is what has led to the spread of human populations throughout the world. In the last one hundred years, industrialization, globalization, and a growing disparity in wealth and resources, not to mention limitations due to the imposition of national borders have significantly impacted the migration of people. Even then, dire circumstances due to a dearth of basic needs, a lack of security, or persecution have forced some people to flee their homes even when the prospects of successful migration are marginal. Unfortunately, this creates great difficulty and peril for them, and at the same time can put a strain on the native residents of the safe haven they are seeking.

Yet, why do human beings choose to uproot themselves and their families and move to a foreign place as a solution to their problems? Is it hard-wired into us? Migration is a biological process that virtually every living organism undertakes, whether it is for the purpose of securing food, ensuring safety, or avoiding a change in the environment. Migration is usually characterized as a movement or relocation that is greater in scale, both spatially and temporally, than what is normally performed for daily activities, and it inevitably leads to the redistribution of individuals within a population. As such, migration can be either obligate, which occurs when the individual is forced to migrate, or facultative, which the individual chooses to do or not.[3] Based on this framework, the scope of migration is far more complex for humans than for animals, both in terms of potential destinations, and the modes and reasons for the movement. God states that “We have honored the children of Adam, carried them on the land and the sea, given them pure sustenance and exalted them above most of My creatures.”[4]

Muslim migration during the time of the Prophet (pbuh&hp)

Although the term hijrah or migration often refers to the departure of Prophet Muhammad (pbuh&hp) from Mecca towards Yathrib (now known as Medina), which also marks the start of the Islamic calendar, the significance of migration certainly cannot be confined solely to that event. Given that it is such a basic tendency within human beings, Islam has addressed human migration in several ways, highlighting the causes, goals, and results from both a personal and social perspective. In the early days of Islam, a group of Muslims sought asylum in Ethiopia from religious persecution and violence at the hands of the Quraysh because the Prophet (pbuh&hp) informed them that its Christian leader was a just and noble man. On the other hand, the result of this migration warrants some attention, because when the king of Ethiopia asked the Muslims why they had forsaken the creed of their forebears, Jafar ibn Abi Talib, who was the representative of the asylum-seekers, said, “We were an ignorant and idol-worshipping people, we always indulged in abominable deeds. We had no respect for our neighbors. The weak and the helpless were oppressed by the strong. We quarreled and fought with our kinsmen. We spent quite a long time in this manner until a man from amongst us, who was brilliant and pure, stood up and invited us to worship the One and only Deity, and declared the praise of idols to be despicable. He ordered us to return the things entrusted to us by others, to avoid impurities, to behave well with our families and neighbors, and to decry bloodshed, illicit relationships, bearing false evidence, usurpation of the property of orphans, and imputing false bad actions to women. We resisted them (i.e., those who persecuted us) for quite some time till our energy was exhausted. We feared for our lives and property and so we have taken refuge in Ethiopia to save our faith.”[5] By exemplifying the true ethos of Islam, the migrants actively dispelled any misconceptions or false notions held by their hosts, such that even the Holy Quran remarks, “When they hear what is revealed to the Messenger, you can see their eyes flood with tears, as they learn about the Truth. They say, “Lord, we believe (in this faith). Write our names down as bearing witness to it.”[6] Thus, even though migration was undertaken for the preservation of personal liberty, the noble migrants imparted the valuable aspects of their Islamic faith.

In the same way, the Prophet’s  hijrah to Yathrib resulted from the growing threat of the Quraysh on his life and the repeated invitations from the people of that city. It became a source of positive social change so potent at the hands of the Prophet (pbuh&hp) that the change subsequently disseminated into the surrounding areas. Furthermore, the new home that he had immigrated to eight years before and the society that he built and fostered were so dear to him that he returned to it not long after liberating Mecca from the idol-worshippers. Yet, from a different perspective, this migration, which included many other Muslim Meccans who had left behind all their possessions when fleeing the tyranny of the Quraysh, illustrated the responsibility that Islam places upon the host. The Ansar or supporters of Prophet Muhammad (pbuh&hp) in Medina are described as “Those who established a community center and embraced the faith before the arrival of the immigrants love those who have come to their town. They are not jealous of what is given to the immigrants. They give preference to them over themselves – even concerning the things that they themselves urgently need. Whoever controls his greed will have everlasting happiness.”[7] Notice how crucial this quality is for a true believer given the way God has underscored it, and notably only midway through the mission of the Prophet (pbuh&hp). Thus, spreading good, providing safe haven to those in need, and building trust through self-sacrifice is the type of compassionate foundation society needs to improve the lives of every person.

Migration as a means to continuously seek God

For a believer, migration goes a step beyond just securing the basic necessities of physical life; it is always undertaken with the intention of ensuring a continual journey towards God and life in His service through attainment of those necessities. Thus, if we consider the goal of life to be the preservation [and advancement] of faith, then the attempt to fulfill any need is rooted in actualizing that goal. As such, migration becomes obligatory when a Muslim is in danger of losing their faith. In this respect, Imam Ali (p) says, “Migration stands as its original obligation. God has no need towards a person who secretly accepts belief or who openly does so. Migration [as ordained by God] will not apply to any person unless they recognize the proof (of God) on the earth. Whoever recognizes and acknowledges Him would be a muhajir (migrant). Istidhaf (i.e., the state of being considered weak, and therefore free from the obligation of migration) does not apply to a person to whom the proof (of God) has reached, and who hears it and their heart preserves it.”[8] Thus, according to Imam Ali (p), migration was not just obligatory during the Prophet’s era; rather, it is a permanent obligation for obtaining closeness to God through His proofs, adherence to His commandments, and devotion to His religion. Once a Muslim establishes a home where their faith and its practice are preserved, they no longer are required to physically migrate, and thereafter, the journey to God must continue through spiritual advancement. For this reason, Islam has strictly warned against any migration due to which a Muslim becomes cut off from the precepts of their faith[9]. So important is the home country where a believer’s faith and its practice are preserved, that Islam obligates the believer to care for that country, abide by its laws, and support the community that resides there (i.e., fellow citizens), irrespective of its religious composition.

As mentioned previously, more and more people are migrating from their homes to foreign lands in today’s global landscape. Whether it is for a better life (e.g., food and home), or to flee atrocities, people of all ages and backgrounds are embarking on potentially perilous journeys to achieve what many others take for granted. It is unconscionable for us to turn a blind eye to anyone in need, much less those who are running for their lives and pleading for help. As such, we must emulate the ansar of Prophet Muhammad (pbuh&hp) by sharing the immense good that God has given us, and consider that maybe we should sacrifice some of what is most valuable to us, or the amenities of life that are our right due to hard work and effort, for those who are suffering. This must occur while we simultaneously recognize and adhere to the laws of our current homeland, which we are religiously obligated to observe, but with a drive to advocate for those who have no voices, whether they are already here or in their foreign homelands. Compassion should know no borders or limits, because the humanity of our world depends on it.

[4] The Holy Quran 17:70. Quranic quotations in this article are from the Muhammad Sarwar translation.

[9] Ayatullah Sayyid Ali al-Husseini al-Sistani, A Code of Practice for Muslims in the West.

Previous The Practice of Khulʿ in Germany: Pragmatism versus Conservativism
Next Photos: 1st International Conference on Imam Reza (as) and Interfaith Dialogue 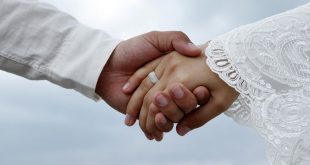 How Do I Approach Someone for Marriage?

Indeed, marriage is an important responsibility which is blessed and sanctified by God. He states in the Quran, “And of His signs is that He created for you mates from your own selves that you may take comfort in them, and He ordained affection and....