Breaking News
Home / All / Islamic Art Is the One Grown in the Islamic Culture, Civilization: Navvab

Islamic Art Is the One Grown in the Islamic Culture, Civilization: Navvab

We believe that Islamic art is an art that has grown in the context of Islamic culture and civilization, said Hujatt al-Islam Sayyid Mohammad Hossein Navvab, the head of the Islamic School of Art (ISOA).

9th April, the martyrdom anniversary of Sayyid Morteza Avini marks the day for “the Art of Islamic Revolution”. For this occasion, ijtihadnet has interviewed Hujatt al-Islam 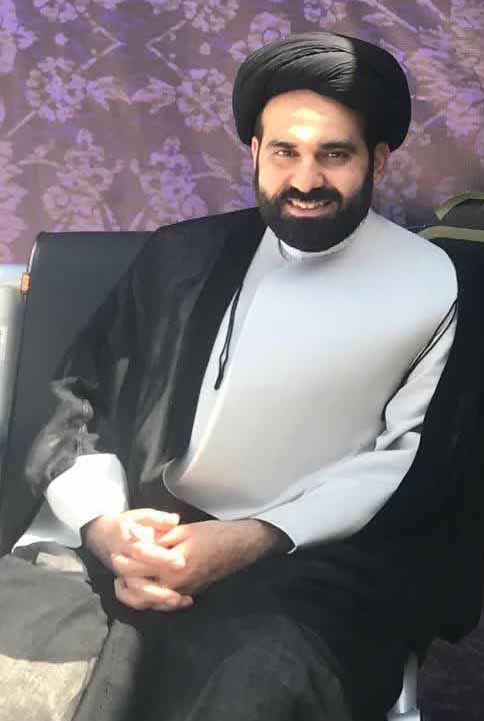 Sayyid Mohammad Hossein Navvab, the head of the Islamic School of Art (ISOA). He is a graduate of the Islamic seminary of Qom and holds a Ph.D in Philosophy of Art from Allameh Tabataba’i University.

Avini was a documentary filmmaker who captured scenes of bravery and martyrdom of Muslim fighters during the 8-years imposed war by West-backed Ba’th Regime of Iraq against Iran. He was eventually martyred on landmines planted by the army of Saddam Hussein. Avini studied at the faculty of Arts and behaved like any other artists, but later became acquainted with the ideas of Imam Khomeini and in the following years, became a revolutionary and changed the course of his life. He tried to acquaint people with the oppression of the Pahlavi regime through television and cinema, and by writing many books and articles, he explained the Islamic art and introduced the Iranian scientific and artistic community to the religious and social functions of art.

The role of art in the victory of the Islamic Revolution and the days of the Holy Defence cannot be denied. In the victory of the Islamic Revolution and the Holy Defence, the cinema, music, and theatre of the visual arts all joined hands to show the sacrifices of the young people who tried their best for these victories. After the war, Iran has achieved a very valuable art due to its long history in art and its precious heritage that has been inherited from all the years after Islam. Its cinema is considered as a moral cinema in the world today, and its music is known as mystical music, and many valuable works have been created in graphics and visual arts. If I want to point to the features of the art of the Islamic Revolution, I would like to say that the art of the Islamic Revolution is an art that has grown in the context of revolutionary and Islamic thought. It pays special attention to beauty and functions at the same time. In the Western culture, arts are divided into fine arts and applied arts, but in Islamic art, we are faced with only one set of arts that are both beautiful and practical. In the West, painting on the wall is chosen only for its beauty, but in Islamic art, we pay attention not only to the beauty but also to the function.In the architecture of the mosque, in addition to the beauty and decoration of the architecture, functions such as qibla are also considered. Or in a carpet that is one of the most important examples of Islamic art, when it is woven, an attempt is made to use designs that make a person look at heaven, and beauty is definitely considered, and on the other hand, an attempt is made to design a carpet that is soft and comfortable.

On the other hand, some believe that Islamic art is an art that is created in accordance with Qur’anic verses and hadiths and that everything that is inaccordance with narrations and verses is Islamic art.The third group believes that the art that is growing in the context of Islamic culture and civilization is called Islamic art. This third category has a stronger opinion. Yet another group, the traditionalists, believe thatIslamic art is a formal expression of the revelatory tradition of Islam. These expressions are like revelatory holy books that have descended from the higher world on the lives of talented artists. Traditionalists such as Schuon, Guénon, and Nasr have a purely mystical interpretation of Islamic art.

We believe that Islamic art is an art that has grown in the context of Islamic culture and civilization.

Although the principles of Islamic art are not partially included in the verses of the Qur’an, pieces of advice on art and beauty in narrations can be seen in many ways. The Holy Qur’an itself, as a masterpiece of art that expresses its uniqueness, is an example of artists’ encouragement to create works of art with religious themes. We see the same behaviour from the Shia Imams. Poets who wrote poems in praise of the Prophet Mohammad (peace be upon him and his family) and the Imams were encouraged by them. Therefore, we cannot say that Islamic art is the one directly mentioned in the Qur’an and hadiths; rather, we can say that Islamic art is the result of the behaviour of the people who lived according to the Qur’anic verses and narrations and is indirectly originated from the verses of the narrations.

In a collection that we have been working on for several years in the Islamic School of Art, we have extracted all the narrations that are related to beauty and art. Accordingly, we have more than 4,000 narrations in the books of hadith that look at beauty and art. Wherever the attributes of God are discussed in theology, the beauty of God is mentioned, and in Islamic philosophy and mysticism, Farabi, Ibn Arabi, Ibn Sina, Suhrawardi and Mulla Sadra have repeatedly discussed theoretical issues about beauty and art.

O Children of Adam! Put on your adornment on every occasion of prayer, and eat and drink, but do not waste; indeed, He does not like the wasteful. (7:31)

And the Qur’an itself is a perfect example of aesthetic work, but in many narrations about beauty and art, the issue of art and beauty has been raised, like this narration which says:

“Adorn the Qur’an with beautiful voice since it increases the beauty of the Qur’an.”

The beautiful sound is the music. Therefore, we should observe the music in accordance with the Qur’an in reciting the Qur’an and not allow it to be recited with an ugly voice.

We have many narrations about Sirah, that is, the behaviour of the Prophet (peace and blessings of Allah be upon him and his family) and the Imams (as) in historical reports about paying attention to art. Poets who wrote poetry in the grace of Islam and the Imams or wrote poems about Imam Hussein and Karbala,  were given many gifts that were usually not comparable to the gifts given to others, and it is natural that it was because of the Prophet and the Imams’ special attention to poetry and respect for art, and because of the influence of poetry. Islam seems to have used this language to convey its message, and it is clear in the Qur’an that it is a masterpiece of art, and it is stated both in the narrations and in the tradition of the Prophet. Of course, everything in Islam has a limit, and art has a limit, and its divine limits must be observed and the forbidden arts must be avoided.

Of course, we still respect the historical arts that I mentioned, such as calligraphy and architecture, and they are still very valuable and are always growing. Nowadays, Quran calligraphy is a living and dynamic field of art in Islamic societies, and there is always an effort to write a more beautiful copy of the Holy Quran than before.

Regarding the role of the Islamic Republic in art, I must say that there is a mutual relationship between the Islamic Republic of Iran and art after the Revolution.Art has helped the Islamic Republic of Iran as much as it could, and the Islamic Revolution has provided an open space for artistic creation. The services provided by the Iranian government to artists that have led to the growth of art are less common in developed countries. The number of films made in Iran in a year shows the Iranian government’s attention to cinema, or the number of concerts held in one night in one of Iran’s major cities is equal to the world’s most important cities. This shows that art and beauty are very important for Iranian officials. Many Iranian films that are usually moral films have won awards at world-famous festivals every year. Today, Iranian cinema is known as a moral cinema, and we did not have these achievements of in the Pahlavi era.

Or I should say about calligraphy that it has grown very seriously after the Revolution. Many of the scripts that were forgotten were revived, and today Thuluth, Naskh and Nasta’liq are at their peak. After the Revolution, new educational and research centres of calligraphy were established, such as the Dar al-Kitab or the School of Kitabat of the Holy Quran, where researchers and artists from outside Iran travel for education and research.

Islamic School of Art (ISOA) is an academic centre for research and teaching on Islamic art. we discuss the theoretical dimensions of Islamic art and the relationship between art and Islam and other religions. The ISOA has master’s and doctoral degrees in art, and has authored and translated many books on the intersection between the humanities and the arts. Free art classes are also held. ISOA has extensive contacts with various researchers and research centres on art and Islamic art.  Professors from different universities around the world who want to research about Islamic art and Iranian art come to this centre as guests.

Previous What Are the Causes of the Reappearance of the Imam of Time (atf)?
Next Knowledge as a Way to Recognize the True Imam from False Claimants

The present work adopts the descriptive method and cites numerous verses of the Old Testament and the Quran to present women’s social status in the course of the society according to religious rulings and doctrines under the notions of human dignity and...