In a historic meeting, Iranian President Hassan Rouhani has held talks with Iraq’s top Shia cleric Grand Ayatollah Sayyid Ali Sistani in the holy city of Najaf on the final day of his landmark visit to the neighboring Arab state.

Rouhani sat down with Ayatollah Sistani at his residence on Wednesday after visiting the shrine of Imam Ali (PBUH) – the first Imam of Shia Muslims.

His Eminence Grand Ayatollah Sistani has welcomed any initiative to strengthen relations between Iraq and its neighbors, respecting the interests of both sides and on the basis of respect for the sovereignty of States and non-interference in their internal affairs.

Reffering to the fateful war of the Iraqi people to defeat the ISIS battle, His Eminence reminded the great sages of the Iraqi heroic people to win the terrorist group and to eliminate the danger from the whole region as well as the role of friends in realizing this issue.

His Eminence also stated that the most important challenges facing Iraq at this stage are the fight against corruption, the improvement of public services and the state’s inventory of weapons.” and his security services, and expressed his hope that the Iraqi government is making good progress in these areas.

His Eminence stressed that the Regional and transregional policies in this sensitive region need to be balanced and moderated in order to avoid further tragedies and damage.

Grand Ayatollah Sistani is known as the spiritual leader of Iraqi Shia Muslims and one of the most senior clerics in Shia Islam.

His fatwas have significantly contributed to shaping Iraq’s political structure.

In June 2014 – when the Daesh group unleashed its campaign of terror and destruction in Iraq – Grand Ayatollah Sistani called on his followers to rush to the national army’s help in the fight against the terrorist outfit.

The fatwa helped bring together Shia fighters, Sunni tribesmen as well as Christian and Izadi volunteers under the umbrella of the Popular Mobilization Units (PMU), commonly known as Hashd al-Sha’abi, to reverse Daesh’s gains and ultimately end the terror group’s territorial rule in Iraq in late 2017.

The president of the Islamic Republic of Iran described the results of his talks with Iraqi officials and what was achieved in the framework of the strengthening of friendship and good neighborly relations between the two countries. 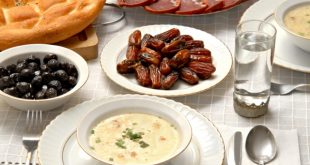