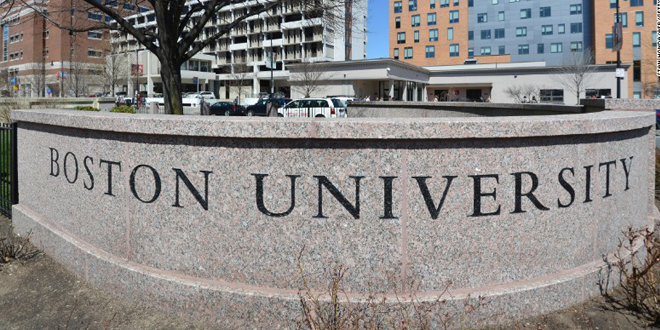 The Institute for the Study of Muslim Societies and Civilizations

The creation of the Institute for the Study of Muslim Societies and Civilizations at Boston University reflects the university’s long-standing commitment to the advancement of scholarship of the Muslim world.

The Institute acts as an interdisciplinary meeting point for scholars and researchers in diverse fields – ranging from anthropology, history, religion, politics, literature, language, and the arts – across the regions in which Muslims live – from the Americas to Europe, the Middle East, South and Southeast Asia.

Through this scholarship the institute seeks to protect and preserve the heritage of the Muslim world. The Institute is committed to educating a new generation of exceptional scholars in the varied and cross-disciplinary fields of Muslim studies. In support of this commitment, the University recently acquired four major Middle Eastern and Central Asian libraries to significantly expand Boston University’s holdings. The Institute will continue to build on these resources, by acquiring additional books, journals, periodicals, and works of art – making Boston University a major center of research on the Muslim world.

The Institute intends to design, with existing departments, unique academic programs at both the undergraduate and masters/doctoral level that are tailored to individual students’ disciplines and interests. In addition to existing fellowships and other resources provided by the University, the Institute will attract external support for graduate and postdoctoral fellowships, for visiting lecturers, and for endowed professorships.

The Institute has 31 faculty affiliates in 11 departments in the College of Arts and Sciences.  This makes SMSC one of the largest institutes involved in the study of Islam in the United States. SMSC faculty associates are also top practitioners of their fields, earning numerous awards and levels of distinction as well as making major contributions inside and outside the university.

Since the beginning, the Institute for the Study of Muslim Societies & Civilizations has invited a number of different leading scholars in their field to lecture at Boston University.  Check out some of our past events and lecture series available in video streaming format. Some of our guest lecturers include: David Loyn, Ulrich Marzolph, Fredrik Hiebert, and Emile Nakhleh.

Some of the institute’s Partners:

The American Institute of Afghanistan Studies

The American Institute of Afghanistan Studies (AIAS) is a private, non-profit organization run by scholars.

The Ilex Foundation promotes the study of humanistic traditions that derive from the civilizations of the Mediterranean and Near East, and is dedicated to disseminating the research it promotes through the application of information technology. Ilex is a non-governmental organization dedicated to purely intellectual agenda.

The American Research Institute in Turkey

The American Research Institute in Turkey (ARIT) is a non-profit educational institution dedicated to promoting American and Turkish research and exchange related to Turkey in all fields of the humanities and social sciences.

The Islamic of Boston University

The Islamic Society of Boston University strives to aid its members in practicing their faith, to establish a sense of unity among Muslim brothers and sisters at Boston University and beyond, and to disseminate accurate information about Islam among students, staff, and the broader community.