Ibn Taymiyyah is one of the most quoted personalities of ISIS, Al Qaeda and Boko Haram. In this article we will learn about him, his ideas and why so many Muslims of the salafi sect go on to join terrorist groups or commit homeland attacks.

Which Groups Take Inspiration and Guidance from Ibn Taymiyyah’s Works? 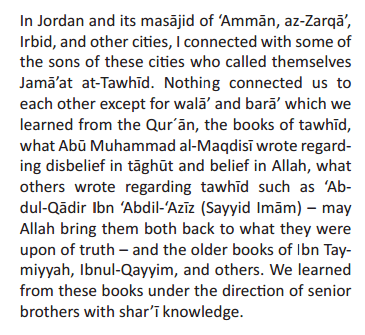 Who is Ibn Taymiyyah?

Aḥmad ibn Taymiyyah (Arabic: تقي الدين أحمد ابن تيمية) known as Ibn Taymiyyah (22 January 1263 – 26 September 1328) was an Islamic scholar, theologian and logician. He lived during the troubled times of the Mongol invasions, much of the time in Damascus. He was a member of the school founded by Ahmad ibn Hanbal and is considered by his followers, along with Ibn Qudamah, as one of the two most significant proponents of Hanbalism. In the modern era, his adherents often refer to the two as “the two sheikhs” and Ibn Taymiyyah in particular as “Sheikh ul-Islam”. Ibn Taymiyyah sought the return of Sunni Islam to what he viewed as earlier interpretations of the Qur’an and the Sunnah, and is considered to have had considerable influence in contemporary Wahhabism, Salafism, and Jihadism. He is renowned for his fatwa issued against the Mongol rulers declaring jihad by Muslims against them compulsory, on the grounds that they did not follow Sharia and as such were not Muslim, their claims to have converted to Islam notwithstanding. His teachings had a profound influence on Muhammad ibn Abd al-Wahhab, and other later Wahabi scholars.

The main issues Ibn Taymiyyah is famous for are as follows:

Ibn Taymiyyah is particularly useful for groups like ISIS as he provides them with a (false) religious backing that justifies their actions.

Dabiq is a magazine published by ISIS for the English speaking world, it includes their ideas, news reports and propaganda for their cause. One of the religious personalities that ISIS quote regularly is Ibn Taymiyyah, they even call him the “Sheikh of Islam”, which translates to the leader or founder of Islam. This is high praise indeed.

Ibn Taymiyyah’s best student, Ibn Qayyim is also a favorite of ISIS, referred to as “Ibnul-Qayyim” he is frequently quoted and used as a religious source of religious authority.

It is not possible to include every quote from Ibn Taymiyyah, Abdul Wahab or Ibn Qayyim, there are simply too many, so I have selected the more interesting and controversial ones to give a glimpse into the mind of the ideology which fuels ISIS and the other terror groups. 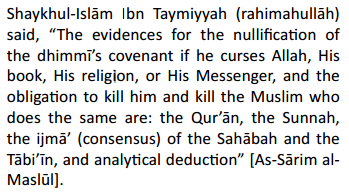 The above quote is discussing the situation of those non-Muslims who are protected in an Islamic area, they are to be killed if they “curse” Islam, however in reality the “cursing” could just take the form of a mild mannered joke, such as when the 14 year old tea boy would not give free tea to ISIS fighters he mentioned he would not even give the Prophet SAW free tea, he was immediately executed.

Here Abdul Wahab was trying to lay down the religious justification for fighting the Ottoman Muslims, paving the way for the puppet leaders of the Arab world, many of which are still going. Yasir Qadhi has summarised the situation very well in his video lecture of the History of the Middle East. This is the crux of the issue. This is the dirty secret that the vast majority of the innocent masses that attend Salafi institutions around the world are not told. Ibn Taymiyyah says that if someone becomes a Muslim, and acts like a Muslim, but there are some issues that they disagree with Ibn Taymiyyah’s views on Islam, then that person should be executed immediately. This is the justification for the deaths of so many Muslims by the hands of ISIS, Al Qaeda, and Boko Haram, the Muslims that died were not “real” Muslims as they didnt have the exact same view of Islam as they did. For the Non-Muslims there is just no chance, they are to be executed, as was seen above, Jihad and the spreading of the religion is continuous and they feel must never end and continue to be spread by the sword. 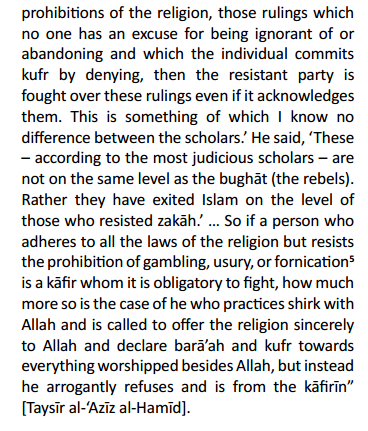 So those that do not agree in the very narrow view of Islam as defined by Ibn Taymiyyah are either apostates (murtad) and to be executed, or they come under the category of hypocrites (munafiq) if there difference is more subtle. The punishment is the same, execution. 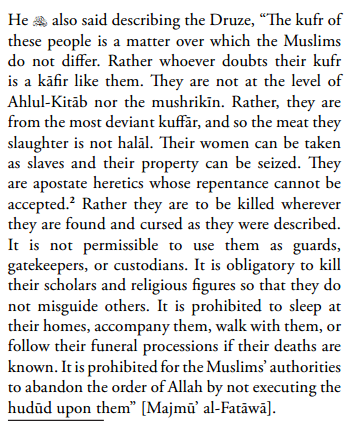 If you are unfortunate enough to have a very different world view to Ibn Taymiyyah then your fate is even worse. Ibn Taymiyyah and his like have no concept of pluralistic views, there is also no chance to even “repent”, as Ibn Taymiyyah views even the repentance as unacceptable. 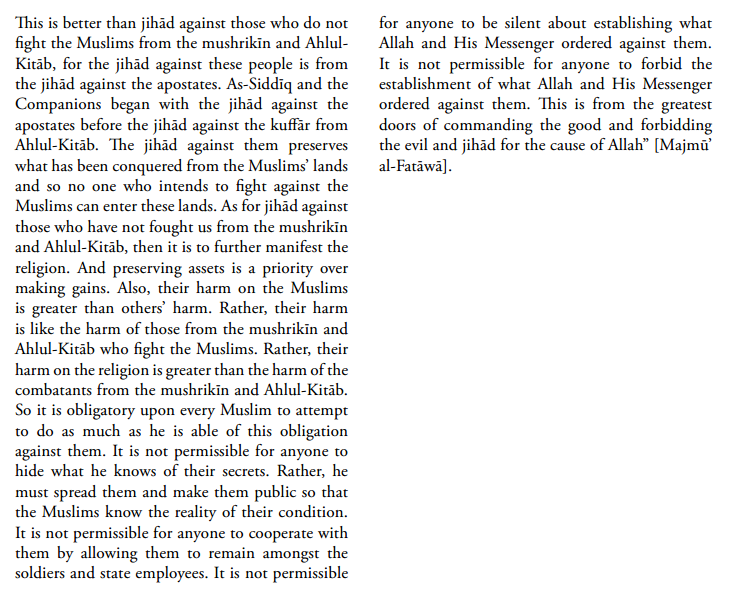 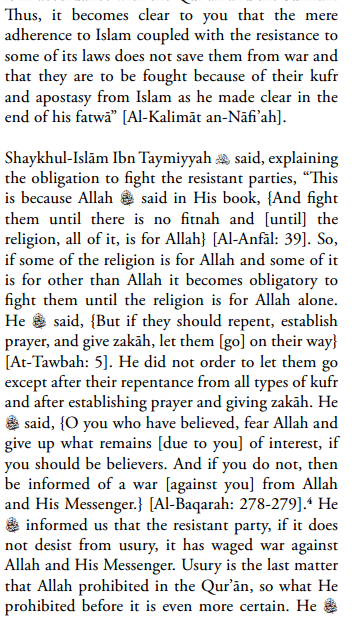 This is just a snap shot of the impact Ibn Taymiyyah has had on the terrorist groups of the world, and due to this impact, Egypt, France, Jordan, Tajikistan, Algeria have either banned or considering to ban all works from the Salafi sect.

At this point in time, Zaynab (‘a) had lost six or seven of her brothers; her son had been killed, ten of her nephews had been killed, and she and what was left of her family had been taken captive by the forces of Yazīd. In spite of all of this, she was put in a position where she had to defend herself and fight against what had happened to...