Hajj authorities have launched an interactive app to help pilgrims, with a range of services on smart devices including help in finding emergency service centers, holy sites, currency exchanges, restaurants and accommodation.

Available in nine languages including English, Urdu and French, the Manasikana app was launched by the Ministry of Hajj and Umrah in cooperation with the Saudi Commission for Tourism and National Heritage. It provides geographical coordinates to pinpoint exact locations in Makkah, Madinah and other cities, even without an internet connection.

Holy sites in Mina, Arafat and Muzdalifa, plus mosques, restaurants and toilets are among places highlighted on the app, which has already been downloaded more than 10,000 times.

Prayers for different Hajj rituals are also available, with detailed guides and dos and don’ts on performing the pilgrimage.

The Saudi Post’s app for pilgrims, the Hajj and Umrah Navigator, features maps giving directions to holy places in Makkah and Madinah. Pilgrims can input addresses, services, camp numbers or the names of Hajj companies to search for information in 16 languages.

The navigator can also find faster routes between busy centers and offers other information such as directions to the Kaaba, weather forecasts and prayer times.

The Saudi Ministry of Interior’s traffic police department for Hajj has also developed an app for organizers planning vehicle movements during peak periods. It is constantly updated to cover all types of transport. 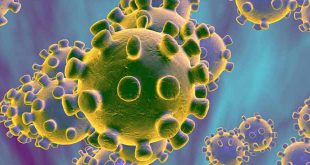 Saudi Arabia temporarily suspended entry for individuals aiming to perform Umrah pilgrimage or to visit the Prophet's Mosque in Medina over concerns of the spread of...