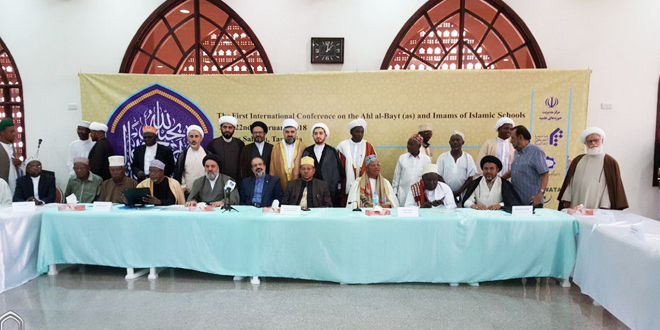 Examples of respecting the Ahl al-Bayt (a) by the Imams of the Four Sunni Schools plus their admittance about absolute superiority of Imam al-Sadiq (a) in knowledge, God-wariness and worship…

Abu Hanifa had an encounter with the Ahl al-Bayt (a), especially with Imam al-Sadiq (a). He stayed in Medina for two years; thus, a saying of his became popular in which he said, “if it was not for those two years (in Medina), Nu’man (Abu Hanifa) surly would perish.” In those two years, he attended the classes of Imam al-Sadiq (a). He was once asked, “who is the most knowledgeable among people?” he answered, “the most knowledgeable among people is the one who knows differences among them.” Abu Hanifa admitted that Imam al-Sadiq (a), the Imam of Shi’a school, was the most knowledgeable among people regarding people’s opinions in fiqh; so, he (a) is the most knowledgeable.” But, about Imam Malik b. Anas al-Asbahi,he said, “whenever I went to the presence of Imam al-Sadiq (a), he (a) put a cushion for me to sit back (i.e. he (a) respected him) and I never saw him except he (a) was reciting the Qur’an, transmitting a hadith from his grandfather or performing prayer; and whenever he (a) mentioned his grandfather, he bent forward as a sign of respect and humility toward him.” Imam Malik said, “My eyes did not see, my ears did not hear and no one have ever thought that anyone would be superior than Imam al-Sadiq (a) in knowledge, God-wariness and worship.” This admittance of Imam Malik was mentioned after Abu Hanifa’s admittance. Abu Hanifa said, “the most knowledgeable among people is the most knowledgeable among them toward differences.” And Malik said, “in knowledge, God-wariness and worship, no one is superior than Imam al-Sadiq (a).” About Imam Shafi’i you have heard a lot from him, I should say that he openly expressed his love toward Imam Ali (a) and also toward all the Ahl a-Bayt (a). I should also make a short mention about Imam Ahmad b. Hanbal. It is sufficient to say that he was the first person who made the mention of the four companions of the Prophet (a) in the speeches of Friday prayer permanent; because, there was no mention of Imam Ali (a) and only the names of the first three caliphs were mentioned in the speeches of Friday prayer and the name of Imam Ali (a) was not mentioned. I do not know why and we do not have the time to investigate it now. It was Ahmad b. Hanbal who went to the governors and asked them to order the leaders of congregational prayers in the mosques and the Friday prayer to mention the names of the Four Caliphs and also mention the name of Ali (a) as the Fourth Caliph. 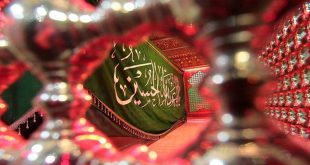 The Qurʾanic Biography of Imam Husayn: A Translation of Sayyid Ali Naqi Naqvi’s “Hussain (ʿa) and the Qurʾan” 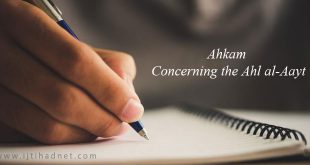 Imam Ali ibn al-Husayn accomplished his role as a guide and benefactor by teaching Islamic principles, emphasizing the concept of Imamate, resisting moral corruption, looking after the needy, and..