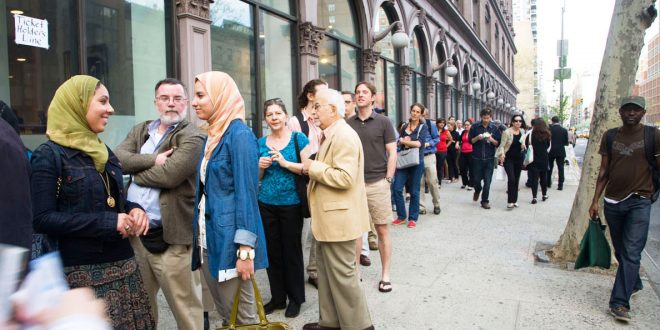 For the first time, an exhibition that explores the Muslim footprint in Europe will open on Monday July 11 in London and run through till July 17.

The exhibition to be held at the London Muslim Center, an exhibition that traces Muslim heritage in Europe will coincide with the 21st anniversary of the Srebrenica massacre, the greatest atrocity since the Second World War.

Coinciding with the 21st anniversary of the worst atrocity since the Second World War, the Srebrenica massacre, the launch of the new exhibition named Don’t Forget About Us; a Journey Through Europe’s Muslim Heritage will be at the Maryam Centre and be hosted by Tharik Hussain with a special segment on Srebrenica by Bosnian photographer Jasmin Agovic.

Tharik Hussain, an award winning broadcaster, photographer and travel writer, has been tracing Muslim heritage in Europe for the past two decades.

“Europe has almost 1400 years of Muslim history, and yet its cultural heritage is perceived as primarily Judeo-Christian. We are hoping, this exhibition begins to challenge that accepted wisdom, not in a bid to declare some kind of triumph of Muslim culture over the others, but to seek parity and say, Muslims and their culture is nothing new to Europe, they are just as much a part of Europe’s make up as anyone else,” explains Hussain who will also be introducing the European Muslim Heritage Foundation (EMHF) at the event being held in the London Muslim Centre.

Hosting several keynote speakers, there will also be a presentation by Mufti Ramadan Yaqoob, the Grand Mufti of Lithuania. He will explain the virtually unknown story of his community of Muslims who have been quietly living in the Baltic region for 618 years. Mufti Yaqoob is also exhibiting artifacts from his own community at the launch.

“My ancestors have been Lithuanian for seven centuries, how can you tell me I am not European? I am as European as any other Lithuanian. Through this exhibition and the foundation, we hope to make this normal to people’s understanding,” explains the Mufti who is also the first person to translate the Qur’an from Arabic into Lithuanian.

The work of Bosnian photographer Jasmin Agovic will be on display. Agovic has put together a collection of photographs that recalls the horrors of Bosnia’s Srebrenica Massacre. His photos come during his time spent at the International Commission on Missing persons documenting and identifying the remains of the thousands of victims who were buried in mass graves.