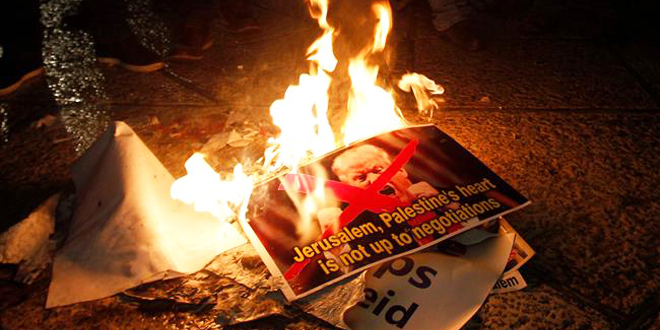 Clashes have erupted between Palestinians and Israelis across the occupied territories few hours after US President Donald Trump announced the decision to move his country’s embassy in Israel to Jerusalem al-Quds.

The Wednesday night clashes broke out shortly after Trump officially declared the disputed city of Jerusalem al-Quds as Israel’s capital, despite warnings from around the world that the measure risks triggering a fresh wave of violence in the Middle East.

In a speech at the White House earlier in the day, Trump said his administration would also begin a years-long process of moving the American embassy in Tel Aviv to the holy city. The announcement was a major shift by Washington that overturns decades of US foreign policy.

In a televised speech after Trump’s announcement, Palestinian President Mahmoud Abbas said Jerusalem al-Quds is the “eternal capital of the State of Palestine.” Abbas added that the US president’s speech was “tantamount to the United States abdicating its role as a peace mediator.”

Meanwhile, Palestinians in the besieged Gaza Strip staged a demonstration against the US and Israel, condemning Trump’s recognition of Jerusalem al-Quds as Israel’s capital.

The Palestinian resistance movement of Hamas which rules Gaza condemned the US move as “flagrant aggression against the Palestinian people,” and called on Arabs and Muslims to “undermine the US interests in the region” and to “shun Israel.”

Hamas chief Ismail Haniyeh said in a statement that the Palestinian people “know how to respond properly to the disregard of their feelings and sanctuaries.” He added that the decision “will not change the facts of history and geography.”

As many protesters have gathered outside the US consulate in Istanbul in reaction to Trump’s announcement, the Turkish Foreign Ministry denounced the speech as an “irresponsible statement.” Foreign Minister Mevlut Cavusoglu also said Trump’s recognition does not automatically make Jerusalem al-Quds the capital of Israel.

“From day one as secretary general of the United Nations, I have consistently spoken out against any unilateral measures that would jeopardize the prospect of peace for Israelis and Palestinians,” Guterres said. 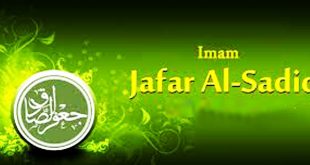