Home / All / Fiqh & Socitey / Canadian House of Wisdom in Montreal 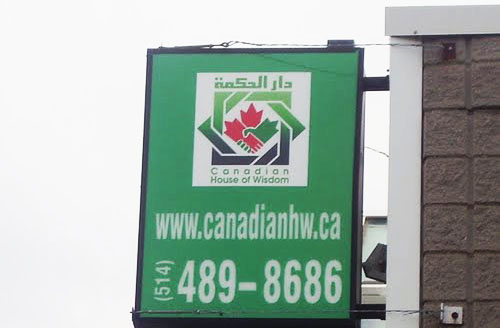 Canadian House of Wisdom in Montreal

The Canadian House of Wisdom was founded in Montreal (Quebec) by Dr. Sayyed Zeinul Abadeen Husseini to establish and operate educational institutions for higher learning such as colleges and universities and some other objectives.

The Canadian House of Wisdom is a non-political charitable Islamic organization which pursues the following objectives:

1- To promote peace and dialogue among people of different religious affiliations in Canada and abroad.

2- To cooperate with different religious communities and organizations on programs and projects aiming at fostering mutual understanding and respect.

3- To establish and operate educational institutions for higher learning such as colleges and universities.

4- To do research in the areas of religion and humanities and to publish books & journals in different languages to promote knowledge and understanding.

5- To promote the integration and positive contribution of Muslim youth to Canadian society.

6- To offer religious and cultural services to members of the Muslim community in Canada.

7- To coordinate with all other organizations with similar objectives within Canada & abroad in order to promote these objectives.

Islam is portrayed in the media as an intolerant religion that breeds violence. This portrayal stems from popular misconceptions and negative stereotypes about Islam and Muslims.

The tragic events of September 11, which hurt Islam more than anyone else, have reinforced the mistrust between Islam and other religions, and widened the cultural gap between Muslims and non-Muslims, to the extent that all attempts for dialogue are met with skepticism and hostility.

Generally speaking, non-Muslims, particularly in the West, lack an objective understanding of Islam, and tend to confuse its teachings with some unacceptable practices in Muslim countries, as Imam Ali, one of the apostles of Islam, put it: “Men tend to be hostile to the unknown”. On the other hand, Muslims have caused more damage to the reputation of Islam than anyone else, because of extremism and fanaticism. Therefore, there is a need to bring forward an objective and balanced view of Islam as ideology and practice. Besides, there is a need for Muslims to look inward in the hope of trying to better understand Islam and to look outward in an attempt to present Islam as a religion of peace and dialogue.

Although there have been attempts, by individual Muslims and by Islamic organizations, to embellish the image of Islam, these attempts have not had a large-scale and lasting impact.  Hence, there is a need for a long-term strategy of two-fold nature: On the one hand, there is a need for educating young Muslims, for protecting them from the evils of extremism and fanaticism, and for integrating them into mainstream Canadian society. On the other hand, there is a need for promoting peace and dialogue between Islam and other religions and cultural communities.

It was for that purpose, the Canadian House of Wisdom (CHW) was founded in the year 2006.

Although there have been attempts to embellish the image of Islam in the west, most of these were individual initiatives -by Muslim associations, centers and individuals- that didn’t have a large-scale and lasting impact.  Hence, there is a need for Islamic institutions for higher learning.  These institutions are capable in the long run of not only demystifying the misconceptions about Islam but more importantly of establishing a forum for dialogue with other religions and cultural communities, on a community and academic levels.

For that purpose, the Canadian House of Wisdom (CHW) was founded in Montreal (Quebec) by Dr. Sayyed Zeinul Abadeen Husseini. 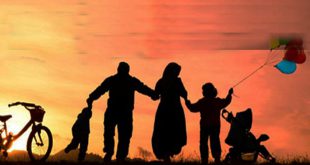 A Study of Iraqi Immigrants: Has The Shi‘a-Sunni Conflict Been Transferred to Ottawa, Canada?