The International Qur’anic Studies Association has opened its Call for Papers for its Annual Meeting to be held in Denver, Colorado from November 16-19, 2018.

Paper proposals should be submitted through SBL’s automated online submission system via the affiliate form by March 7, 2018 (note: SBL membership is NOT required for proposal submission). Please feel free to contact the chairs specified by each program unit to which you’d like to apply if you require further information or experience difficulties with the submission process. Abstracts should be written in English, have a length of around 400 words, and include the name and affiliation of the author. IQSA welcomes all submissions and looks forward to an exciting program in Denver.

The Annual Meeting includes panels for each of IQSA’s six program units:

Linguistic, Literary, and Thematic Perspectives on the Qur’anic Corpus

The Linguistic, Literary, and Thematic Perspectives on the Qur’anic Corpus unit invites proposals for papers that engage with the Qur’an at the thematic (as opposed to the stylistic or the structural) level. Proposers may for example address themes such as Qur’anic prophetology, eschatology, cosmology, ecology, and social status, or may investigate the meaning of certain Qur’anic words.

The Surah Studies unit invites proposals for individual papers on any aspect of the five surahs known collectively as al-Musabbihat (Q 57, 59, 61, 62, and 64). Although traditionally considered to be a group, there is a dearth of secondary scholarship on their form, their structural parallels, their implied unity, or indeed their many differences. Barely mentioned in Neuwirth 2010, these five surahs are excluded from analysis altogether in Cuypers 2016, and garner only a small handful of references in Sinai 2017; and yet Paret (in his 1977 Konkordanz) includes a long list of internal parallels and correspondences for these surahs, hitherto uninterpreted, while Bazargan, intriguingly, considers only surahs 57, 61, and 64 of the Musabbihat to be diachronically coherent wholes (Sadeghi 2011).

A varied blend of a number of qur’anic genres, encompassing sections of hymnic praise, punishment stories, assertions of the resurrection and the truth of God’s message, eschatology, commandment passages, both inter- and intra-community polemics, and references to contemporary events and community practice, the striking similarity of their opening verses nonetheless commands attention. Proposers might also wish to explore the relationship of rhyme to structure, or assess further evidence of the presence of textual borders throughout any or all of the Musabbihat. Presenters might focus on the surahs’ use of rhetorical devices, the presence of Leitwörter, the placement of hapax legomena, the use of repetitive lexical patterns, or recurring images. The surahs’ distinctive theological concepts–God’s Light, for instance, His Balance, or the matter of Divine doubling–might be deemed worthy of individual attention. In sum, proposals are invited on any aspect of the Musabbihat, their reception, their structure, their relative surah-ness, their relationship to other surahs, their composition, their lexicon, their rhetorical features, or their style.

This unit aims to understand and contextualise the methods and hermeneutics applied to the Qur’anic text, both historical and contemporary. The Methodology and Hermeneutics unit addresses questions that might implicitly govern other units, such as: What is Qur’anic Studies, and how does the study of the Qur’an differ from the study of its interpretation? What are the methodological differences between descriptive and normative approaches to the text? How does context (intellectual, social, ethical, historical) affect hermeneutical approaches to the text? The unit welcomes papers addressed to the hermeneutics and methods of particular schools of interpretation or thought, and also on hermeneutics as applied to specific subjects or concepts such as social justice and gender.

This year the Methodology and Hermeneutics unit invites papers from any aspect of the methods and hermeneutics in the study of the Qur’an. We will also be convening a pre-arranged roundtable discussion on bias and identity politics in the field of Qur’anic Studies.

The aim of this unit, originally founded and curated by Keith Small, is to provide a cross-disciplinary setting to address the variety of interconnected issues that arise when questions concerning the Qur’an’s text are explored in relation to its manuscript tradition. Manuscript tradition refers to the transmission of the Qur’anic text in Qur’anic manuscripts, marginal notes to the text, and citations of the Qur’anic text as found in other works of Islamic literature, such as commentaries and particularly the qira’at literature. This will provide a forum to explore the relationship between Qur’anic manuscripts and Qur’anic citations, focusing on textual variants and the historical context of the Qur’an in various historical periods. In addition to the analysis of textual data, the unit also examines other topics, such as palaeographic, codicological, and art-historical features in the study of the Qur’an’s manuscript tradition, the application of textual criticism to manuscript texts, as well as the phenomenon of textual variants as found in the Islamic qira’at literature. It is hoped that bringing together scholars from the subdisciplines of Qur’an manuscript studies, Qur’anic commentaries and qira’at studies will serve to enrich and strengthen these fields.

This year the programming unit will schedule a thematic session entitled “Reading and Accessing Manuscripts of the Qur’an and of Qur’anic Commentaries”. We invite papers that deal with all eras and regions of the manuscript tradition encompassing manuscripts of the Qur’an, Qur’anic commentaries, and qira’at works, as well as the variety of palaeographic, art historical, codicological, philological, historical, and text-critical issues that one encounters in this discipline in terms of access to collections and new technologies for manuscript study. For example, papers may focus on presenting a particular manuscript or collection of manuscripts, on introducing future and past projects for accessing, digitising and displaying collections or on describing new technologies for reading or analysing manuscript texts and exploring issues of textual criticism. Papers on any topic within the range of the interests of The Qur’an: Manuscripts and Textual Criticism programme unit are welcome. Proposals should include a title and an abstract of approximately 400 words.

PROGRAM UNIT 5
The Qur’an and the Biblical Tradition

For the 2018 meeting in Denver, we invite papers on exegetical, narrative, legal, or any other interaction between the Biblical and Qur’anic traditions for an open session.

For the 2018 IQSA Annual Meeting, the Qur’an and Late Antiquity program unit invites proposals for two open panels. We seek papers that utilize various types of evidence, whether literary, documentary and epigraphic, or material/visual/archaeological, to illuminate the historical context in which the Qur’an was revealed and the early Islamic polity emerged. We are especially interested in papers that utilize comparative methodologies to contribute to a better understanding of the Qur’an’s place in its cultural, political, social, and religious environment. 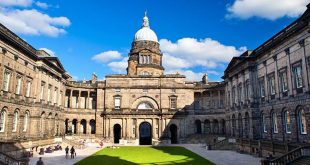 The Middle East and Islamic Studies (MEIS) program strives to promote research and education about ...