The International Qur’anic Studies Association has opened its call for papers for its Annual Meeting to be held in Boston, Massachusetts from November 20–23, 2020.

Paper proposals should be submitted through the SBL’s automated online submission system under the corresponding “Affiliates” link by March 11, 2019 (note: IQSA membership is required for proposal submission; see below). Submission links can be found below under the respective program units. If you require further information or experience difficulties with the submission process, please contact the chairs of the program unit to which you would like to apply.

The Annual Meeting includes panels for each of IQSA’s eight program units:

Linguistic, Literary, and Thematic Perspectives on the Qur’anic Corpus

The Qur’an and the Biblical Tradition

The Qur’an: Manuscripts and Textual Criticism

The Qur’an and Late Antiquity

For the 2020 meeting in Boston, the Linguistic, Literary, and Thematic Perspectives on the Qur’anic Corpus Unit invites papers to an open session on any topic that engages linguistic, literary, or thematic features of the Qur’an.

PROGRAM UNIT 3
The Qur’an and the Biblical Tradition

The focus of this unit is the Qur’an’s relationship to the Biblical tradition in the broadest sense: the books of the Hebrew Bible and the New Testament in the various languages of their original composition and later translations (regardless of a particular book’s status of canonization within specific Jewish or Christian groups), as well as the exegetical, homiletic, and narrative traditions of the Bible in written or oral form. For the 2020 meeting in Boston, the Qur’an and the Biblical Tradition unit welcomes proposals that engage any aspect of the relationship between the Bible and the Qur’an.

The aim of the Qur’an: Manuscripts and Textual Criticism unit is to provide a cross-disciplinary setting for the exploration of the various interconnected issues that arise when questions concerning the Qur’an’s text are investigated through the prism of its manuscript tradition. This latter term encompasses the field of Qur’an manuscripts per se, but also alludes to such information regarding the history of the text that can be gleaned from the citations, marginal notes, and detailed analysis provided in other branches of the Islamic sciences, for example Qur’an commentaries and the qira’at literature. It is hoped that bringing together scholars from a variety of disciplines will serve to enrich and strengthen each of these fields. The Manuscripts and Textual Criticism unit seeks to create a forum for the application of textual criticism to the Qur’anic text attested both in physical manuscripts and within the wider Islamic tradition. It also aims to investigate palaeographic, codicological, and art historical features in the Qur’an’s manuscript tradition.

For the 2022 meeting in Boston, the unit welcomes papers on any topic within the range of the interests of the Manuscripts and Textual Criticism program unit.

The Surah Studies Unit invites proposals for individual papers on any aspect of Surat al-An‘am (6, ‘Livestock’), which has attracted little attention in Western scholarship.  One of the seven long ones (al-sab‘ al-tiwal), it is a polythematic Meccan surah of 165 verses. Proposals might explore: material relating to Abraham or to Moses; engagement with Biblical laws or the Decalogue; its devotional uses, especially in Shiite liturgy; its important passages on dietary law; its polemic and critique of pagan rituals; its legal minimalism; rhyme and acoustics; depictions of non-human animals; its architecture and traces of compositional procedures; its affinities with Medinan surahs; or much else besides. The Surah Studies Unit encourages and welcomes diverse methods and approaches. The raison d’etre of the Unit is to bring different perspectives on a given sura into dialogue with one another.

The Qur’an and Late Antiquity program unit invites proposals that utilize various types of material or evidence—be that literary, documentary, or epigraphic—to illuminate the historical context in which the Qur’an was revealed and the early Islamic polity emerged. We are especially interested in papers that present and discuss comparative methodologies to contribute to a better understanding of the Qur’an’s place in the cultural, political, social, and religious environment of Late Antiquity.

Additionally, for the 2020 Annual Meeting in Boston, we seek proposals for a themed session considering the state of the field on the Jews in the prophetic milieu and early Islam.

This unit aims to understand and contextualize the methods and hermeneutics applied to the Qur’anic text, both historical and contemporary. The Methodology and Hermeneutics unit addresses questions that might implicitly govern other units, such as: What is Qur’anic Studies, and how does the study of the Qur’an differ from the study of its interpretation? What are the methodological differences between descriptive and normative approaches to the text? How does context (intellectual, social, ethical, historical) affect hermeneutical approaches to the text? The unit welcomes papers addressed to the hermeneutics and methods of particular schools of interpretation or thought, and also on hermeneutics as applied to specific subjects or concepts such as social justice and gender.

This year the Methodology and Hermeneutics unit will feature a pre-arranged panel that surveys Muslim engagements with the Qur’an from the classical and post-classical periods that focus on different visions of the Qur’an as a revelatory discourse and its major themes.

The Unit also invites submissions for a second panel on any aspect of Qur’anic interpretation, hermeneutics, and methodology. Proposals can focus on, among other topics, the following areas:

Any other topic that deals with Qur’anic hermeneutics is welcome.

This exploratory panel is dedicated to exploring Qurʾānic exegetical works (tafsīr proper or otherwise) that were recently published or still in manuscript form. The goal of the panel is to shed light on these works of tafsīr that have not got enough scholarly attention, and which fall outside the “familiar” canon of Muslim exegetical works often used in modern scholarship. This panel encourages scholars to consult and study these recent publications in order to enrich our understanding of Qurʾānic exegesis and widen our perspectives with a more holistic and comprehensive view of tafsīr studies that fall outside the traditional sources often used.

For the 2020 annual meeting, the unit welcomes papers on any topic within the range of the interests of unpublished and recently published tafsīr works. 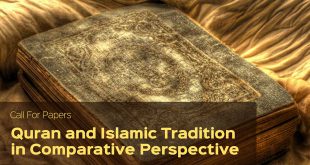 Call for Papers: Quran and Islamic Tradition in Comparative Perspective 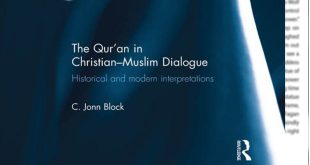 The Qur’an in Christian-Muslim Dialogue+PDF Seminar: The Qur’an in English: Challenges and Choices for Surat an-Nisa

This seminar will highlight elements of interest from several verses. Some concern women's status and rights, but others look at family relations more broadly, as well as to...