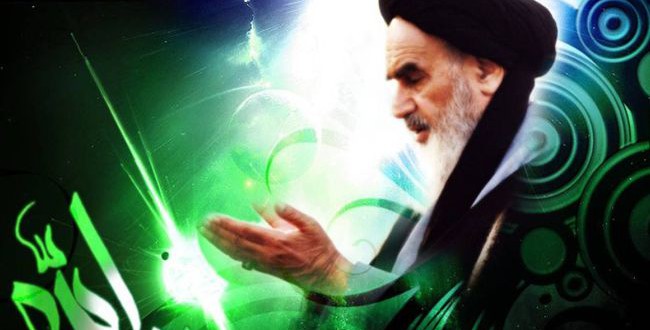 One of the few Western journalists who depicted Iran’s revolution during his 44-day stay in Tehran in 1979, David Burnett described the late founder of the Islamic Revolution Imam Khomeini (ra) as an “incredibly important character in both political and religious world”.

“He (Imam Khomeini) was someone who was extremely dedicated to his principles, for that there is no doubt. He had a real commitment to his beliefs,” the American photojournalist said on Sunday, on the eve of the Ten-Day Fajr (Dawn) ceremonies that mark the anniversary of the 1979 Islamic Revolution.

“He was an incredibly important character in the modern both political and religious world,” he added.

February 1, 1979 was the date when Ayatollah Khomeini returned from exile and led the revolution to victory ten days later on February 11.

Burnett recounted his story of the day Imam Khomeini returned home from France after more than 14 years in exile, and said, “The day that the Air France plane arrived, it was quite a big event in Tehran and I was at the airport, working from not so close to the airplane but I made some nice pictures that day of (Ayatollah) Khomeini’s return and it was to me very interesting to see the ways of reaction on the street. In the beginning, especially, it was quite full of people who were very, very happy to see that change.”

He continued, “After his return to Tehran, I spent the next, I do not know, week or maybe ten days at Refah School going almost every day to take photographs of both the crowds and then when he (the late Imam) was addressing the crowds in the school yard. And after 4 or 5 days or 6 days, I was permitted to go inside the school and photograph inside the room where he was.”

Burnett further described the moment he was permitted to photograph Imam Khomeini inside his room at the school as “important” and said, “…I was quite happy to be able to do that because I think those photographs are probably some of the most iconic images that were made of that time. As a photographer, I see myself as a historian, as someone who, with my pictures, tried to show the world both in the moment, 37 years ago, and for future generations what was happening at that particular time.”

He expressed the hope that he can be back in Iran one day and said, “I have not been back there really since 1979; I’d love to come back and maybe bring my photographs and do an exhibition in Tehran.”

The Iranian nation toppled the US-backed Pahlavi regime 37 years ago, ending the 2,500 years of monarchic rule in the country.

The Islamic Revolution spearheaded by the late Imam Khomeini established a new political system based on Islamic values and democracy.

On February 11 each year, Iranian people pour into the streets in their millions to commemorate the great victory of the Islamic Revolution.