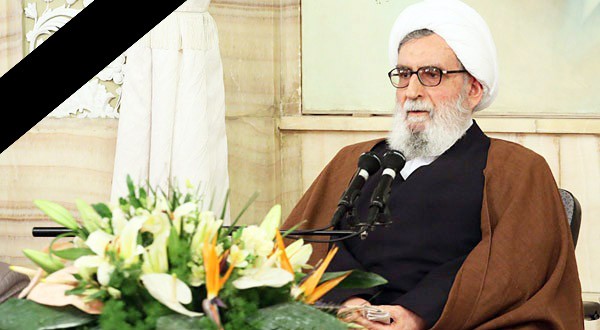 Chairman of the Astan Quds Razavi, Ayatollah Abbas vaez-Tabasi passed away on age 80, in holy city of Mashhad, Iran.

Ayatollah Abbas Vaez Tabasi was born on February 1936 (Bahman of 1314) to a clergy family. His mother was a pious and chaste woman and his father was Hajj Sheikh Golam Reza Vaez Tabasi one of the most famous preachers and Islamic missionaries of that time which the reputation of his passionate lectures were known all around the Shia world. This powerful preacher died in his journey to Tehran for giving exposing lectures about the new Regime of Reza Khan a year after the birth of his son and many scholars of that time believed that he was murdered.
Ayatollah Vaez Tabasi commenced his education in Mashhad and continued till high school, but his passionate for religious science and seminary lessons caused him to go to seminary. He studied in Mashhad Seminary under Great Scholars like Late Adib Neishaburi, Hajj Agha Modares Yazdi, Hajj Sheikh Mojtaba Qazvini, Hajj Sheikh Hashem Qazvini, and Ayatollah Milani.
An important event took place in the life of Ayatollah Vaez Tabasi on 1952 (1330), and it changed the way of his life. Martyr Seyyed Mojtaba Navab Safavi traveled to Mashhad in this year, and he made a new passionate and eagerness in young students hearts by giving a passionate lectures, and it was the starting point for the years of fighting against oppression and despotism.
He became familiar with the founder of Islamic Movement Imam Khomeini in 1961 (1339) and it caused him a lifetime of love for Imam Khomeini. He gave several lectures against the holding of the command referendum by Mohammad Reza Pahlavi in 1963 (1341) so he was arrested and transferred to Tehran by Regime. He went to Imam Khomeini as the representative of Mashhad Seminary several months after the Panzdah Khordad Upaising and gave a lecture by Imam Suggestion about this Upraising in a session where there were scholars and students. He was arrested due to this lecture and transferred to Ghezel Ghal’e Prison in Tehran. Ayatollah Vaez Tabasi was forbade to give lectures after giving a series of lectures in Rafsanjan in 1966 (1344). He became familiar with other companions of the revolution like Martyr Bahonar, Martyr Motahari, Martyr Beheshti and so on, and he tried to provide a huge change in the form of revolution by Imam Guidance alongside other clergy men. He is the Trusteeship of Holy Shrine of Imam Reza (AS).
Vaez Tabasi was a member of the Expediency Discernment Council and the Assembly of Experts of the Islamic Republic of Iran. He was also the head of the Astan Quds Razavi Foundation. The foundation runs “auto plants, agricultural businesses, and many other enterprises, and it is worth an estimated $15 billion.” This gives him the nickname of Sultan of Khorasan.
In 2006 he was elected to the Assembly of Experts to the surprise of some observers. However, he will retired after he declined to run in 2016 election.
On 2 November 2015, It was announced that he is suffering to the cancer. On 27 February 2016, he was transfered to the hospital because of respiratory complications.
He passed away on March 4, 2015 in holy city of Mashhad, Iran.