Ayatollah Sistani’s Office Has no Activities in any Social Medias

The office of Grand Ayatollah Sayyid Ali Sistani has emphasized, the office of his Excellency does not have any activity in social Medias and whatever under his name in these networks does not related to him. 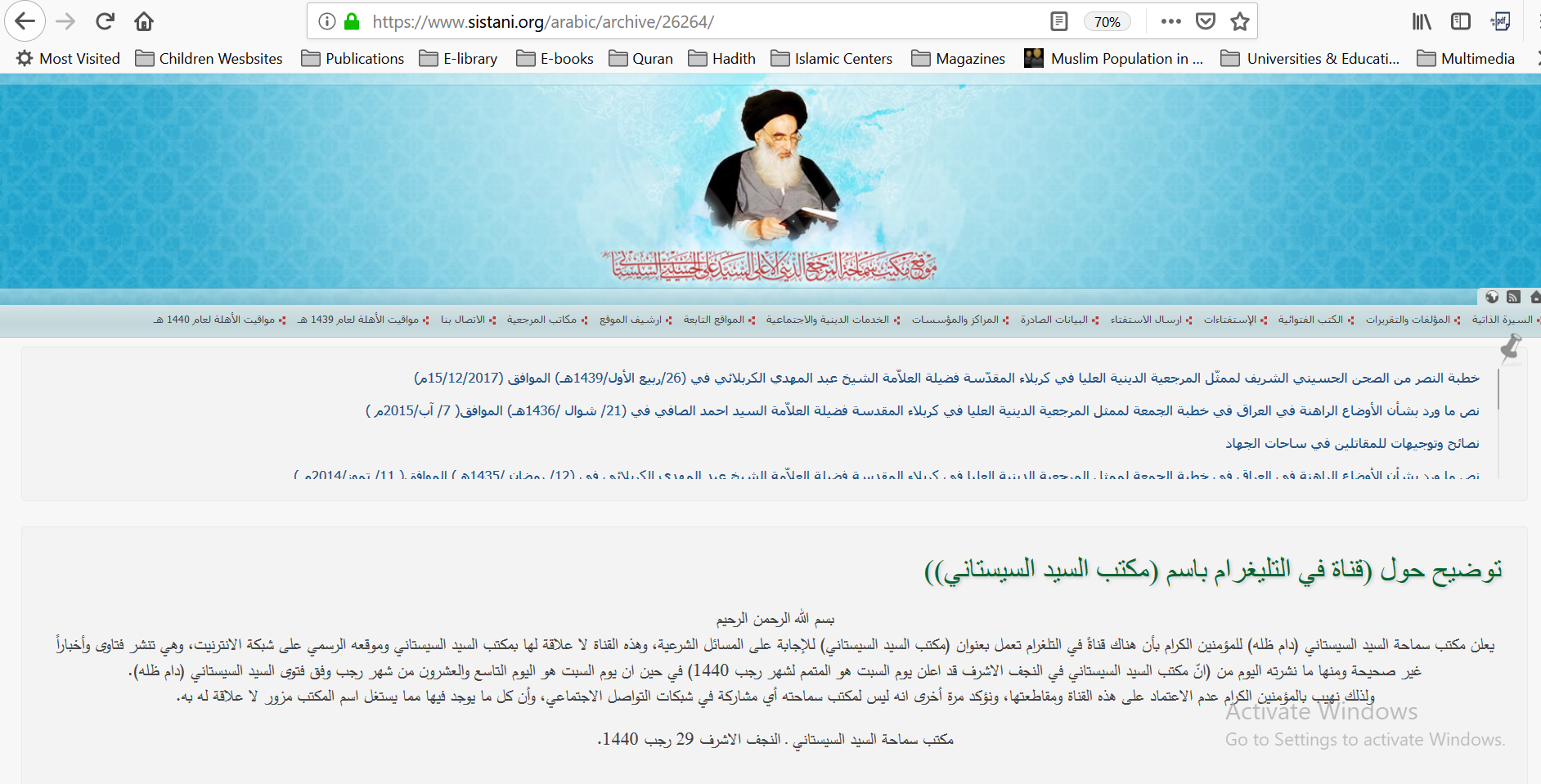