Iraqi local media published an image of the meeting, but failed to provide further details.

Ayatollah Isa Qassim arrived in Najaf on Thursday after receiving medical treatment in the UK.

On Thursday afternoon, he participated in a ceremony in Najaf to commemorate Ayatollah Mahmoud Hashemi Shahroudi, the late chairman of Iran’s Expediency Council.

He also met with Ammar Hakim, the head of the National Wisdom Movement of Iraq in a meeting where they discussed the latest developments of the Muslim world, the concerns of the followers of the infallible household of Prophet Muhammad (PBUH) and ways to resolve challenges facing the Islamic Ummah. 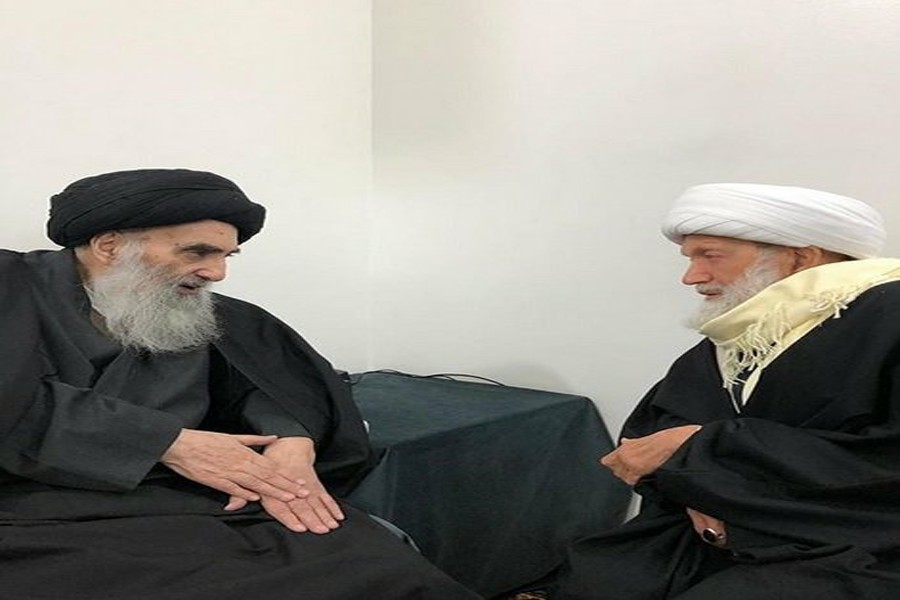 The scientific debates and discussions held by Imam ʿAli ibn Musā al-Riḍā (ʿa) are not a historical matter which only pertains to the past; they are rather a main source which should be utilized today for the....