“The news of the martyrdom of the dignified commander, General Qassem Soleimani, caused great regret. The unique role of this man during the years of fighting with the elements of Daesh in Iraq, and the many hardships that he suffered in this regard, is unforgettable,” Ayatollah Sistani wrote in a message on Sunday.

“I, hereby, extend my condolences for the great loss of this distinguished martyr to you, his honored children and their esteemed relatives and to all the noble people of Iran, especially to the beloved people of Kerman. I ask Almighty God great blessing for him, and patience for his household,” the prominent Shia cleric added, pointing to the birthplace of the Iranian hero.

General Soleimani was an international figure who played a leading role in promoting peace and security in the region, particularly in Iraq and Syria. 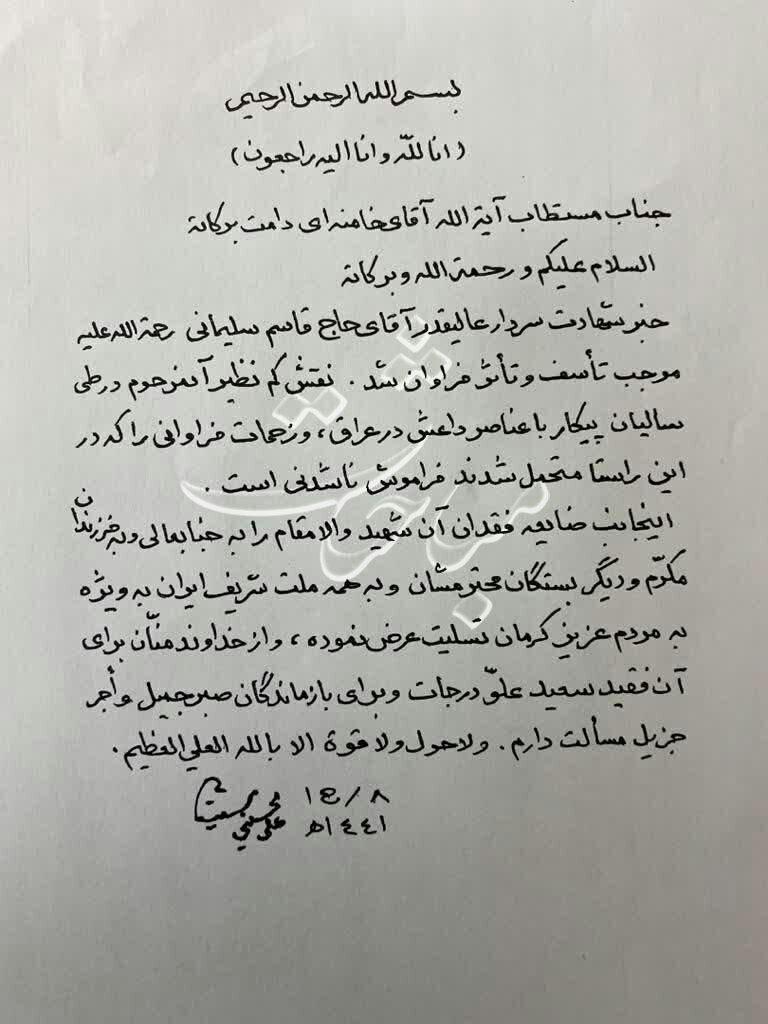