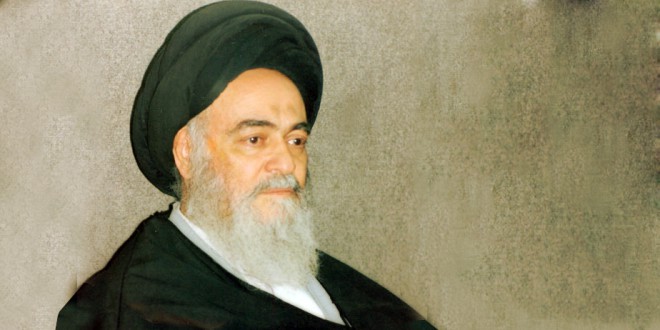 Place of birth: Najaf – Iraq
Place of Demise: Qum – Iran
Born and Upbringing
Ayatullah Muhammad Shirazi was born in the holy city of Najaf, Iraq, in 1347 AH (Muslim calendar), 1928 AD. He belongs to a distinguished family deeply rooted in Islamic sciences, literature and virtue. The Shirazi family has produced many great scholars and Marje’s (a Marje’ is the highest religious authority) as well as renowned leaders. Two of the best known leaders are Grand Ayatollah Mirza Hassan Shirazi, leader of the constitutional, also known as the “tobacco” movement in Iran, and Grand Ayatollah Muhammad Taqi Shirazi, leader of the 1920 revolution in Iraq, which liberated Iraq from colonial powers. The Shirazi’s father, the late Grand Ayatollah Mehdi Shirazi, has been a famous and a highly respected scholar and the Marje’ of his time. He is a descendant of the holy prophet Muhammad peace be upon him.
Grand Ayatollah Muhammad ibn Mehdi al-Hussaini al-Shirazi is the Religious Authority, or Marje’, to millions of Muslims around the globe. A charismatic leader who is known for his high moral values, modesty and spirituality, Ayatullah Shirazi is a mentor and a source of aspiration to Muslims; and the means of access to authentic knowledge and teachings of Islam. He has tirelessly devoted himself, and his life, to the affairs of Muslims in particular, and to that of mankind in general. He has made extensive contributions in various fields of learning ranging from Jurisprudence and Theology to Politics, Economics, Law, Sociology and Human Rights.
Along with his father, Muhammad Shirazi settled in the holy city of Karbala, Iraq, at the age of nine.Education
After primary education, the young Shirazi continued his studies in different branches of learning under his father’s guidance as well as those of various other eminent scholars and specialists. In the course of his training he showed a remarkable talent and appetite for learning as well as a tireless commitment to his work and the cause he believed in. His extraordinary ability, and effort, earned him the recognition, by his father and other Marje’s and scholars, of being a Mujtahid; a qualified religious scholar in the sciences of Islamic jurisprudence and law. He was subsequently able to assume the office of the Marje’ at the early age of 33 in 1961. His followers are found in many countries around the globe.Personality
Grand Ayatollah Shirazi is distinguished for his intellectual ability and holistic vision. He is recognized for his clear ideas and realistic solutions to issues of concern to mankind.

Beliefs
Ayatullah Shirazi believes in the fundamental and elementary nature of freedom in mankind. He calls for freedom of expression, political plurality, debate and discussion, tolerance and forgiveness. He strongly believes in the consultative system of leadership and calls for the establishment of the leadership council of religious authorities. He calls for the establishment of the universal Islamic government to encompass all the Muslim countries. These and other ideas are discussed in detail in his books.
As a leader of the world wide Muslim community, Ayatullah Shirazi has always opposed despotism. In 1971 he was exiled to Lebanon by the Ba’thist regime of Iraq. He later stayed in Kuwait until 1979 when he migrated to the holy city of Qum, Iran.

Educational and Social Activities
Ayatullah Shirazi has established many Islamic centers, medical and charitable financial services, educational, welfare and social foundations, libraries and Hawzah’s, or universities for Islamic Sciences, in different regions of the world. These institutions are found in scores of countries around the globe.
Hundreds of individuals have graduated from his school as scholars, lecturers, authors and intellectuals.
A number of books have been published in which the relative authors study Ayatullah Shirazi’s visions as seen through his vast works and publications. Amongst them are:
– Aspects of the Political Theory of Ayatollah Muhammad Shirazi by Muhammad G. Ayyub, and
– Studies in the Thoughts of Imam Shirazi, by Dr Ayaad Mousa Mahmood.

Description:
Works
He has written various specialized studies that are considered to be among the most important references in the Islamic sciences of beliefs or doctrine, ethics, politics, economics, sociology, law, human rights, etc. He has enriched the world with his staggering contribution of more than 1200 books, treatise and studies on various branches of learning. His works range from simple introductory books for the young generations to literary and scientific masterpieces. Deeply rooted in the holy Qur’an and the Teachings of the Prophet of Islam, his vision and theories cover areas such as Politics, Economics, Government, Management, Sociology, Theology, Philosophy, History and Islamic Law. His work on Islamic Jurisprudence (al-Fiqh series) for example constitutes 150 volumes which run into more than 70,000 pages. Through his original thoughts and ideas he has championed the causes of issues such as the family, human right, freedom of expression, political pluralism, nonviolence, and Shura or consultative system of leadership.
Ayatollah Sayyed Muhammad Hussaini Shirazi Muslim Scholars 2015-02-27
Alireza Mosaddeq 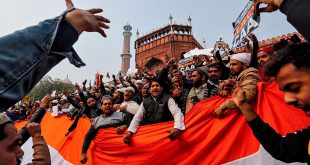 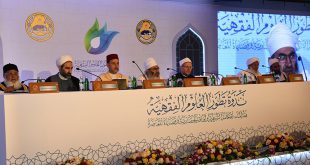 The water preservation methods, campaigns towards wise consumption of water and knowledge sharing initiatives were hailed by scholars who are attending the 3-day International Fiqh Conference on...