Muḥammad Mahdī al-Āṣifī  (b. 1356/1937-38 – d. 1436/2015) was a Shiite scholar and mujtahid in the Islamic seminary of Najaf and a political activist in Iraq. Al-Asifi was a scholar of fiqh, Usul al-fiqh, the exegesis of the Qur’an, Islamic philosophy, and some economic and social issues, and he wrote on these topics. He was active against the Ba’th regime in Iraq, and was one of the main members of Hizb al-Da’wa al-Islamiyya (Islamic Da’wa Party) for a while. Al-Asifi had religious and social activities in Iran and Kuwait, and when the Ba’th regime was toppled down, he returned to Iraq. Ayatollah al-Asifi was also a member of the Higher Council of Ahl al-Bayt (a) World Assembly and its Secretary General for a while.

He began his studies in Najaf and then he studied in the University of Baghdad and received his M.A. from there. He got his permission of ijtihad from Ayatollah Mirza Hashim Amoli and Shaykh Murtada Al-Yasin.

Al-Asifi was deported from Iraq by the Iraqi government together with other Iranian-Iraqi citizens in 1970. For years, he lived in Iran and Kuwait. After Saddam Hussain’s regime was toppled down, he returned to Iraq and started teaching in the Islamic seminary of Najaf.

His Political and Social Activities

When Saddam Hussain overtook the power in Iraq in July 16, 1979, the Islamic Da’wa Party was quenched, and the party decided to respond by armed struggles. Saddam’s regime arrested members of the party and executed hundreds of them after show trials. In these circumstances, the Islamic Da’wa Party moved its headquarters to Iran, and Muhammad Mahdi al-Asifi went to Iran in 1979.

From 2002 to 2004, Ayatollah Muhammad Mahdi al-Asifi was the General Secretary of the Ahl al-Bayt (a) World Assembly, and he was a member of the Higher Council of the Assembly until he died.

The Charity Institute of Imam al-Baqir (a) was founded under the supervision of Ayatollah al-Asifi, and it serves about 6700 Iraqi and Afghan refugee families in 33 areas of Iran. The activities of the institute include the building of Residential Complexes (about 110 residential units) for orphans in Qom and 220 residential units to help Muslims inside Iraq and Afghanistan.

Al-Asifi presented his views regarding the exegesis of the Qur’an in his topic-based exegesis, Fi rihab al-Qur’an. This work is committed to exegetical traditions; it cites exegetical hadiths at the beginning and at the end of its discussions. In his views in fiqh and kalam (Islamic theology), he is also in line with standard views held by the majority of fuqaha. He also counts as so-called Proximity scholars, that is, those who try to approximate different Islamic sects. Al-Asifi’s views are also expressed in books such as Wilayat al-amr and his book about jihad in the Qur’an. These works contain some new ideas.

Most of his works are in Arabic. And some of them are translated to other languages, including Persian and Urdu.

On November 20, 2014, a ceremony was held in Qom in order to pay tributes to Ayatollah al-Asifi under the Conference of the Role Model of Piety, Jihad, and Ijtihad. The conference was held by the Ahl al-Bayt (a) World Assembly, the Islamic Propagation Office of the Islamic Seminary of Qom, al-Mustafa International University, and the Management Center of Islamic Seminaries of Iran.

Ayatollah al-Asifi died on Sha’ban 16, 1436/June 4, 2015. His funeral was held in Qom, and Ayatollah Nasir Makarim Shirazi said the Funeral Prayer. His corpse was then moved to Iraq and was buried there. 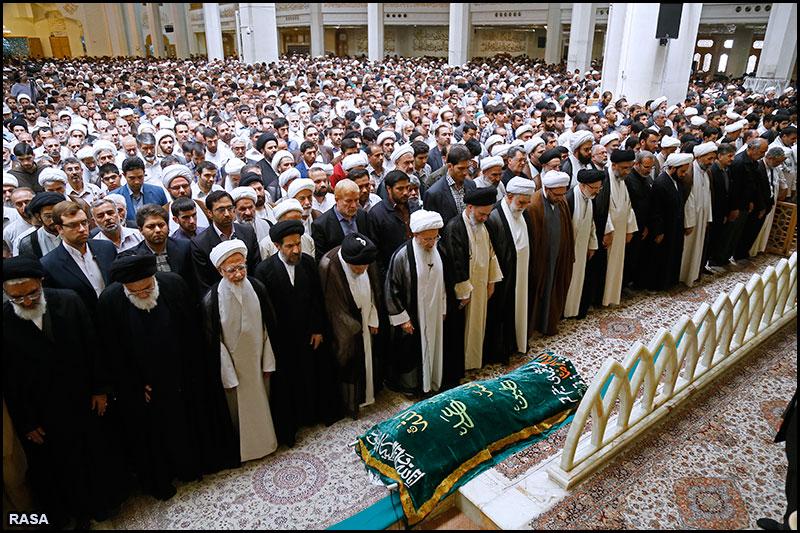