Ayatollah Muhammad Yazdi, a Shia Cleric, Faqih, politician and a member of the Assembly of Experts and chief of the Association of Qom Seminary Teachers was passed away at the age of 89, in Qom, Iran.

Ayatollah Yazdi was born in 1931 to a religious family at Isfahan. Sheikh Ali Yazdi, his father, was a student of Sheikh Abdul Karim Haeri and at one of the Isfahan mosques as chief mullah for Friday prayers and ceremonies investigated the people problems. Although his name resembles to Mohammad Taqi Mesbah Yazdi,the two man are not related. 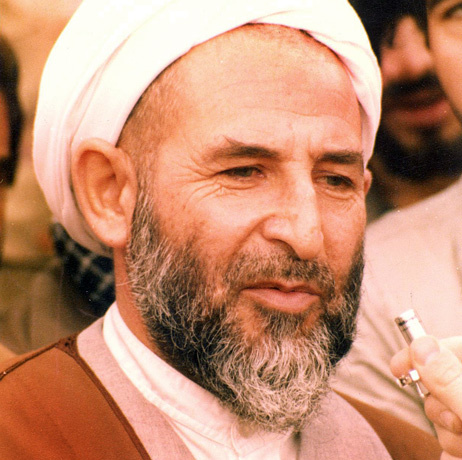 In the first election of the Islamic parliament, he was elected as a representative of the Qom constituency. In the following election, Ayatollah Yazdi was elected as a representative from Tehran.
In 1988 after the resignation of Ayatollah Safi Golpayegani from the Guardian Council, Ayatollah Khomeini appointed Ayatollah Yazdi to his seat on the Guardian Council.
In 1989, when Ayatollah Khamanei became Supreme Leader, Yazdi became Head the Judiciary and served for ten years. His selection for Guardianship of the Judiciary was unanticipated by many people because of his failure to gain re-election to a third term.
In 1999, Yazdi again returned to the Guardian Council. He has been a member ever since.

At first, Ayatollah Yazdi learned Persian language from his father and then went to Maktab. Also he departed to newly founded school to continue his educational. When he went to Qom, he resided at the Feyziyeh School and learned religious courses from scholars such as Mohammad Ali Araki, Ayatollah Sheikh Muhammad Taqi Amoli, Ayatollah Shahroudi, Grand Ayatollah Seyyed Hossein Borujerdi and Imam Khomeini.

Before victory of Iranian Revolution

Ayatollah Yazdi usually gave the lectures at mosques and house of scholars. Also he taught Morality course at the Feyziyeh School and discussed about politic subjects.[5] Mohammad Yazdi was exiled by SAVAK many times to Bandar Lengeh, Bushire and Rudbar.

After victory of Iranian Revolution

After Ayatollah Khamenei became leader of the Iranian Republic, Ayatollah Yazdi served as the president of the Supreme Court. He remained in the post for many years before being replaced by Ayatollah Muhammad Hashemi shahreoudi. Yazdi was a member of the Assembly of Experts and the Guardian Council. He served as the interim Friday prayer leader of Tehran.

There is some of the Political career of Ayatollah Yazdi after Iranian Revolution as fallowing:

Member of the Assembly of Experts constitution in 1358

Chief mullah for Friday prayers of Tehran in 1360

Member of the Assembly of Experts since 1369

Vice chairman of Iranian Parliament in the first and second periods

Member of Guardian Council in the periods of the second, fourth, fifth and sixth

In February 2020, the U.S. Treasury Department sanctioned Yazdi for “preventing free and fair elections in Iran.”

Ayatollah Yazdi authored several books in English and Persian such as, Your missing, Answers of Mardooq’s accusations and Imamah in Shia Islam.

Previous Saudi Forces Arrests Top Shia Cleric in Al-Ahsa
Next What are the sources of Shi‘i Jurisprudence {Fiqh}?