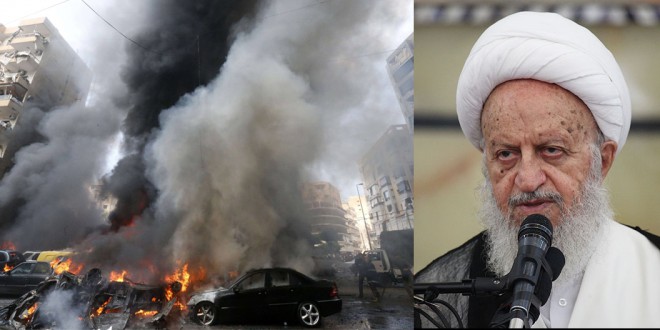 The revered source of emulation warned that the “magnitude of these incidents will spread to other parts of Europe as well,” it the Western officials continue their support of ISIS.

He noted that “those who are aware know that ISIL is not a large group but ultimately, this small terrorist organization has comprehensive support from somewhere. If that support did not exist, it wouldn’t be hard to eradicate them.”

Ayatollah Makarem-Shirazi condemned the hypocrisy of the West, especially the United States, in regard to the fight against terrorism, and stated that on the one hand, the US sends its agents to train terrorists, and on the other hand, Saudi Arabia and several other regional countries put money in the hands of terrorists.

“Israel supports these terrorists from all sides. Turkey buys oil from ISIL which they have stolen [from Syria] and funds various terrorist groups. If these countries did not support these terrorists, they would not have survived,” he said.

The teacher of the Islamic Seminary of Qom explained that one of the most absurd matters of our time is that the founders of these terrorist groups denounce the crimes committed by the terrorists – in reality, they condemn themselves.

“The snake that they have trained has come back to bite its trainers,” he noted.

Ayatollah Makarem Shirazi quoted the Zionist officials as saying that there is no reason to destroy ISIL. “However, the fire of war will not be limited to Islamic countries, but this regime will also be affected in a greater manner,” he warned.

The Iranian source of emulation said that we hope that the West and other regional countries, which have supported these terrorists and have equipped them and continue to equip them, come to their senses and discontinue their support. “These terrorists will be quickly destroyed if their sources of support are eliminated. Ultimately, when Western planes drop packages of weapons and food to these terrorists, they are able to gain more influence,” he said.

He stressed that the worldwide Islamic community should wake up and unite. If Muslims are united, they can eradicate these Takfiri terrorists and they will not create such severe problems for Muslims. “Unfortunately, some Islamic countries send weapons and comprehensive support to these terrorists,” he said. 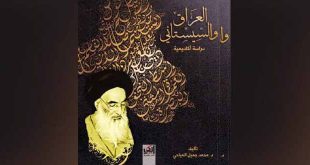 The Book “Iraq and Sistani” Was Published