The 2016 HFCE Halal Conference will be held on the 14-15 April 2016 at the Sheraton Hotel Brussels, Zaventem Airport.

The World Halal Economy has grown in the past decade almost exponentially. According to Dinar Standard, in 2015 the Halal food economy of North America and Europe was estimated at $48Bn. With this growth has come increased regulation by Governments and establishment of halal agencies within some Muslim countries.

The 2016 HFCE Halal Conference being held on the 14-15 April 2016 at the Sheraton Hotel Brussels, Zaventem Airport will focus on these halal emerging markets and provide a platform for discussion between industry, certifying bodies and government representatives to provide some understanding of the trends for halal guidelines and accreditation for the next decade.

HFCE is one of the largest halal certification bodies in Europe and is accredited by MUI, MUIS, JAKIM as well as having a network of certification bodies around the world. HFCE continues to work with governments and fledgling HCB’s to help industry to access new halal markets and provide consumers with new Halal Foods and Beverages. 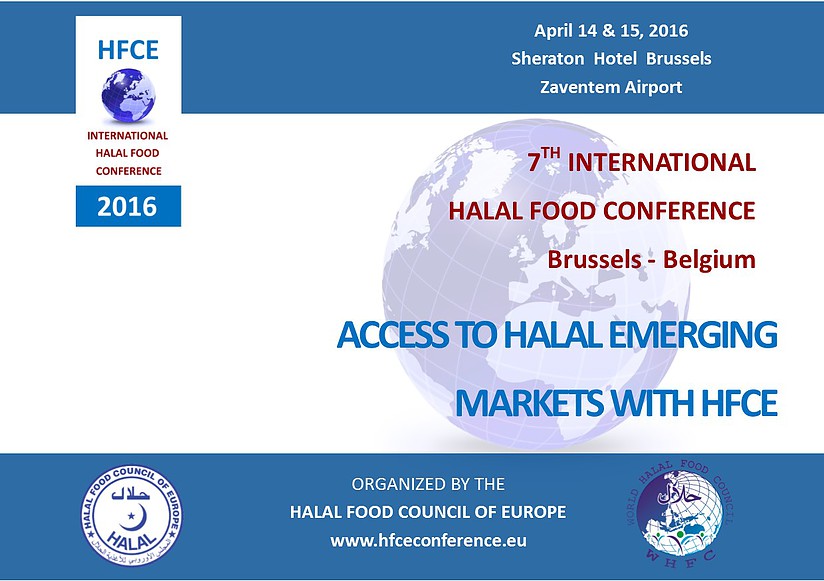 An organization of Islamic theologians says any normalization of ties with Israel is  Haram (religiously forbidden), and that the move by some Arab governments to make peace with the occupying regime amounts to a “betrayal” of the....