“The 29th edition of the International Islamic Unity Conference slated to be held in the Iranian capital on December 27-29, 2015”

Speaking at his press briefing on the 29th International Islamic Unity Conference, Secretary General of the World Forum for Proximity of Islamic Schools of Thought, Ayatollah Mohsen Araki underlined that the theme of this year’s conference would be “Muslim World’s Current Crises”.

“Like previous years, this edition is also held on the auspicious occasion of the Holy Prophet’s (PBUH&HF) birthday, which marks the Muslim Unity Week,” pointed out the grand Ayatollah.

According to the President of Iran Top Unity Center, over 300 Muslim figures and scholars from 70 countries will attend this event.

Secretary General of the World Forum for Proximity of Islamic Schools of Thought  went on to add there would be 12 specialized committees discussing different themes including Muslim world’s conditions today, resistance movement scholars, women and family, youths, academics, sciences and technology, etc.

Ayatollah Araki went on to say that a special program has been planned to clarify the messages of Supreme Leader of the Islamic Revolution Ayatollah Sayyed Ali Khamenei’s second letter to Western youth.

The 29th International Islamic Unity Conference will be inaugurated at the Islamic Summit Hall in Tehran on Sunday, Dec. 27 and will go on for two days.

Iranian President Hassan Rouhani is scheduled to address the opening ceremony.
The conference is annually held by the World Forum for Proximity of Islamic Schools of Thought with the aim of promoting and strengthening unity among all Muslims in the world.

Islamic unity conference can offer various road maps for ironing out the challenges related to the standing extremism and crises in the World, an event which can provide people worldwide a chance to get to know each other better and sort out their setbacks. 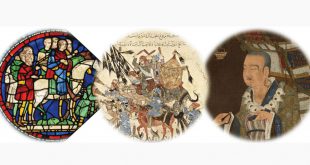 Call for Papers: What Makes a Pilgrim a Pilgrim? Conceptualising Pilgrims and Pilgrimage

The Manchester Metropolitan University will host a conference next year entitled "What Makes a Pilgrim a Pilgrim? Conceptualising Pilgrims and Pilgrimage, c.300-1600”....