Breaking News
Home / Announcements / 2nd Annual Conference on ‘Islam, the West, and Radicalism’ to Be Held in the UK

2nd Annual Conference on ‘Islam, the West, and Radicalism’ to Be Held in the UK

The second Annual Conference on ‘Islam, the West, and Radicalism’ will be held by The Centre for Islamic and West Asian Studies (Royal Holloway, University of London) and the Imam Sadr Foundation (Lebanon).

Today, more than in any age and area, the role of Islam in societies across the world is being shaped by the political, economic, and cultural dynamics of West Asia. While many are celebrating the imminent demise of ISIS, acute observers express concern that the persistence of the West Asian socio-political context in which radical ideologies and movements have emerged will generate new radical movements in the region and beyond.

The CIWAS 2019 Annual Conference seeks to address the conference theme by considering a broad range of issues; and we are particularly interested in panel and paper proposals that offer original and under-researched approaches to them.

Laiqa Osman: Exploring the Changes in the Relation between Islamic Authority and Muslim Women in Britain

Ali Hashim: Remarking of Ashura: The Case of Self-Flagellation in Shiʻa Islam

Joseph Hammond: Iran in Africa: Geopolitices and the Role of Soft Power

Sophia Butt: The Prevent Strategy: An Assessment of Linguistic Objectivity 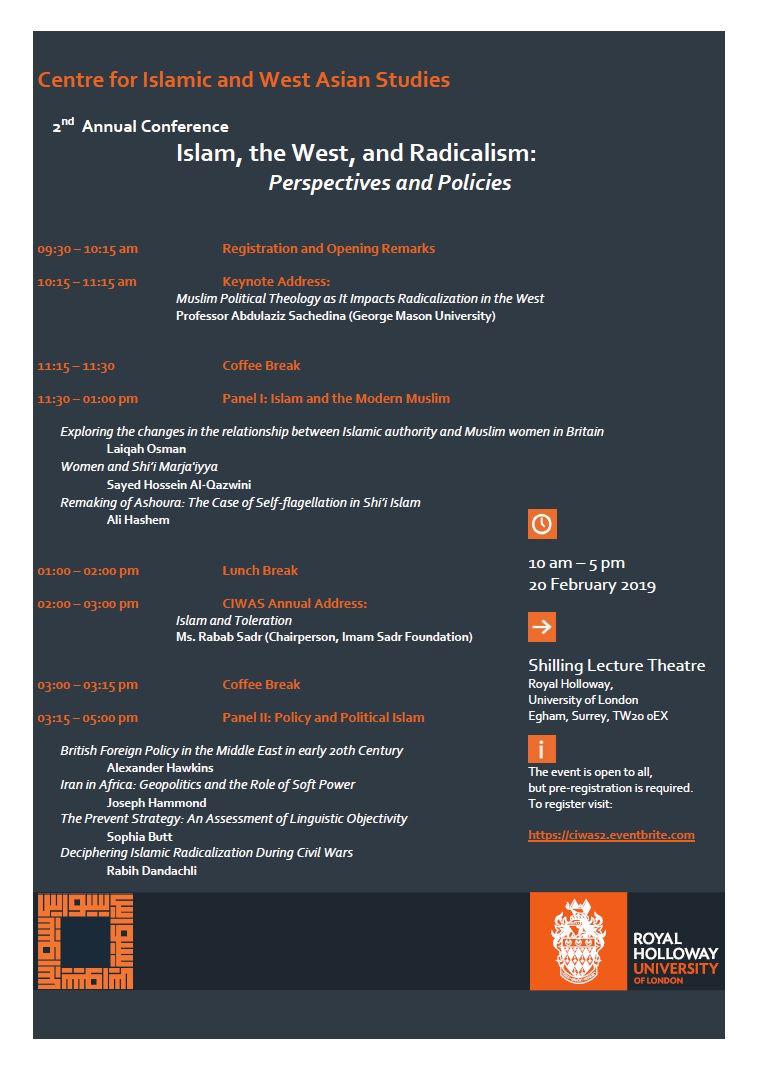