Ayatollah Sheikh Mohsen Araki, the Qum Seminary professor and secretary general of the world forum for proximity of Islamic schools of thought (Taqrib) who had traveled to Tajikistan in order to attend the conference on “Islam against the religious Extremism and deception”, presented his paper titled as “solutions for confronting the Takfiri Terrorism”.

The following is the translation of his paper.

Solutions for confronting the Takfiri Terrorism

One of the most dangerous movements which extremely threatens the world’s peace and security is the Takfiri terrorism trend and its shared intellectual grounds in some Islamic countries causing the imperialist powers to take advantage of this situation and provide this trend with financial and spiritual support in order to segregate and weaken the Islamic countries.

The danger of Takfiri Terrorism is not the kind of threat confined and limited to the boundaries of certain countries. The spread of this danger will affect all the countries especially the countries which have provided it with financial and spiritual support. As it is seen today, this danger has expanded to the countries such as France, Egypt, Saudi Arabia, and etc. Thus, it is necessary for peacemakers, philanthropist, and Islamic nations to decide to confront this danger and seriously think about a solution for eradicating this destructive cancerous tumor.

The following text titled as “solutions for confronting the Takfiri Terrorism” is composed of one introduction and seven parts as follows:

In the introduction part we address two issues:

The first issue is on the necessity of preserving the people’s lives and securing their property in the Islamic Sharia.

In Islam, the people’s life and properties are safe and protected unless they themselves are considered as a danger for the lives and financial security of other people. The Most High God says in the Holy Quran:

“Whosoever killeth a human being for other than manslaughter or corruption in the earth, it shall be as if he had killed all mankind” (Surah Al Maidah, verse 32)

“Give full measure and full weight in justice, and wrong not people in respect of their goods. And do not evil in the earth, causing corruption”(Surah Hud verse 85)

“And when he turneth away (from thee) his effort in the land is to make mischief therein and to destroy the crops and the cattle; and Allah loveth not mischief.

And when it is said unto him: be careful of thy duty to Allah, pride taketh him to sin. Hell will settle his account, an evil resting-place” (Surah Al Baqarah, verses 205-206)

In a Successive (Mutawatir[1]) hadith (tradition) from the messenger of God (PBUH) we read, “A believer continues to guard his Faith (and thus hopes for Allah’s Mercy) so long as he does not shed blood unjustly” (Ṣaḥīḥ al-Bukhārī, vol. 4, p. 188)

In another Successive hadith from the God’s messenger (PBUH) we read: “The
Muslim is the one from whose tongue and hand the people are safe”. (Saḥīḥ Muslim, vol.1, p. 48)

According to these verses and narrations we can see that Islam’s religion is for establishing justice, preserving the lives and providing financial security for all the people; Islam fights only those who are at war with the people and assault on their life and property.

The second issue: on the prohibition of the Muslim war against Muslim

In many of the verses and narrations, there has been much emphasis on prohibition of waging war on the Muslim and shedding their blood. In the Holy Quran we read:

“Whosoever slayeth a believer of set purpose, his reward is hell for ever. Allah’s wrath is against him and He hath cursed him and prepared for him an awful doom”. (SurahAl-Nisa, verse 93).

In a Sahih hadith[2] from the God’s messenger we read:

In another Sahih hadith from the holy Prophet (PBUH&HF) we read:

“The blood of a Muslim who testifies that none has the right to be worshiped but Allah cannot be shed lawfully” (also in Ahmad Hadith sanad (document), no. 485)

“And that I am His Apostle, blood cannot be shed except in three cases: In Qisas for murder, a married person who commits illegal sexual intercourse and the one who reverts from Islam (apostate) and leaves the Muslims.” (Ṣaḥīḥ al-Bukhārī, vol. 4, p.188)

Therefore, shedding the blood of a Muslim who has declared his belief in the oneness of God and the acceptance of Muhammad as God’s prophet (the two testimonials) and he doesn’t deny the religion‘s obligations is considered as the kind of sins before the God which leads to His severe wrath and disqualifies the believers from His Blessings and places them in eternal torments of Hell.

Therefore, according to the aforementioned traditions, shedding the blood of a Muslim who has declared his belief in the oneness of God and the acceptance of Muhammad as God’s prophet (the two testimonials) is not allowed; and killing a Muslim who has committed no crime leading to Qisas for murder and the like is prohibited. 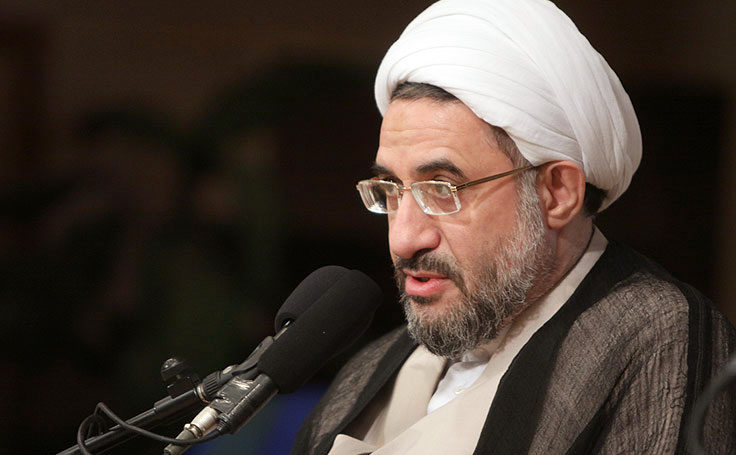 After this introduction, we elaborate on the solutions for confronting the Terrorism and Takfir in seven parts:

1-The first solution for confronting the Takfiri and Terrorist currents is presenting a detailed explanation of Islam by reference to the true Islamic resources; and this should be done by the Islamic scholars who are specialist in recognizing the true religious resources; and the state bodies, media, intellectuals, academic scholars and artists should help and support them in this regard. Thus if above mentioned triangle i.e. true explanation of Islam by the righteous Islamic scholars, support of the state, support of the academic scholars and artists go hand in hand and introduce the true Islam_ free from the ignorant people’s distortion_ to the youth and public, then the door will be closed to the false claimants of Islam studies and the thieves of faith and religion. In that case, the grounds for training Takfiri and terrorist movements which are based on distortion of the Islam’s fact will disappear.

2- Prevention of infidels’ domination over religious centers, pulpits and mosques

One of the most important factors in expansion of the Terroristic and Takfiri movements is domination of the infidels over the mosques, pulpits and religious centers. It is very necessary to consider some rules and principles for choosing the religious scholars, prayer leaders of the mosques, Friday preachers and teachers of religious schools so that by doing so the deviated agents cannot access these centers.

Today, the schools and educational centers for teaching and training those interested in religious sciences are considered as the sources of producing the extremist and Takfiri elements; unfortunately many of these centers are at the disposal of extremist and distorted elements, it is especially the case in the countries such as: Saudi Arabia, Egypt, Pakistan, Afghanistan and India.

We must explicitly reveal the fact that Wahhabi ideology is the root of many of these extremist groups’ thoughts; thus, the countries which are believed to be the center for producing this kind of thought should, on the one hand, reconsider the principles of this ideology and on the other hand, pave the grounds for expansion of true and balanced Islamic thought so that they would be able to prevent from emergence and development of extremism, Takfir, and Terrorism.

Today, it is obvious for everyone that these organizations and their governments and also the neighboring governments of war-torn regions like Syria, Iraq, and Yemen have an active role in support of the extremist and terrorist groups. Therefore, one of the most essential measures to be taken for preventing from the growth and development of Takfir and Terrorism is exercise of international pressure on these governments to desist from their overt and covert support of these currents and groups and close the door to their activity in war-torn regions.

For decades, peacemakers in the Muslim world have invited the Islamic nation to the united Islamic Ummah. The leaders such as Sayyid Jamāl al-DīnAsadAbadi, Muḥammad ‘Abduh, Iqbal Lahuri, Imam Musa Sadr, Sheikh Shaltut, Imam Khomeini, Ayatollah Brujerdi, Imam Khamenei, and other great leaders of the Muslim world have stressed the necessity of unity and integration and they have declared that the only way to prevent from the impact of the enemies, deviated people and ill-wishers on Islamic societies and influential centers of Islamic countries is unity of the Muslim communities i.e. proximity of the Islamic sects.

Nowadays we need proximity of the Islamic schools of thoughts and we should attempt to establish a united Islamic Ummah. The leader of Islamic revolution, Ayatollah Khamenei declared the necessity of the Muslim unity as the panacea for Islamic community and the only solution for the Muslim problems. We should begin this important task from our own region; if the countries like Iran and Central Asian countries, particularly Tajikistan, Afghanistan, Pakistan, Turkey, Iraq and other countries in the region go hand in hand and create a kind of unity and integration in the region in economic, cultural and political arenas, then they will become a great influential power in global arena, acting as a barrier to growth and development of Takfiri and deviant movements , and they will prepare the grounds for establishment of a united Islamic Ummah which is the main goal of the peacemakers in the Islamic world. Moreover, establishment of a united Islamic Ummah is considered as the obligatory duties strongly emphasized by Holy Quran and prophetic tradition (Nabawi Sunnah).

The Most High God says in Quran:

“Thus we have appointed you a middle nation, that ye may be witnesses against mankind, and that the messenger may be a witness against you” (Surah Al Baqarah, verse: 143)

“And hold fast by the covenant of Allah all together and be not disunited” (Surah Al Imran, verse: 103)

“And be not of those who ascribe partners (unto Him); of those who split up their religion and became schismatics, each sect exulting in its tenets”. (Surah Al Rum, verses: 31-32)

[1] A hadith is said to be Mutawatir if it was reported by a significant, though
unspecified, number of narrators at each level in the chain of narration.

[2] A Sahihhadith is the one which has a continuous isnad, made up of reporters of trustworthy memory from similar authorities, and which is found to be free from any irregularities (i.e. in the text) or defects (i.e. in the isnad).”