Ayatollah Muhammad Wāʻiz -Zādah Khorāsānī the founder of Islamic Madhahib University and first leader of The World Forum for Proximity of Islamic Schools of Thought passed away on the age 91.
Born

Ayatullah Professor Muhammad Wāʻiz -Zādah Khorāsānī was born in the year 1925 in the holy city of Mashhad in a religious family. His father Shaykh Mahdi Vaez Khurasani was the renowned orator of Mashhad and was very famous throughout Iran and Iraq.

Emigration to Najaf
He, in 1939, along with his father left for Najaf (Iraq).There he continued his higher studies in Islamic sciences in the leading Islamic seminaries of Najaf for a period of three years.

Return to Mashhad
He, in 1942, returned to Mashhad along with his father. for a period of seven years he continued his higher studies in the Islamic seminaries in the holy city of Mashhad under the guidance of the leading Ulama. 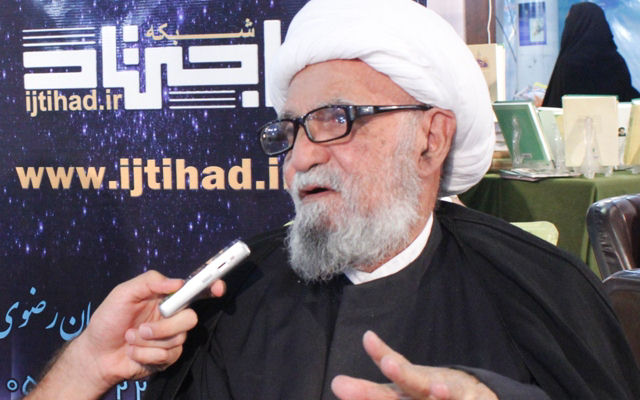 Cultural and Political Activities
-In 1960, he was invited to lecture in the College of Divinity, the constituent college of the University of Mashhad. He was appointed as the reader in the College of Divinity and taught exegesis of the Holy Qur’an, jurisprudence, history of the exegesis of the Holy Qur’an, history of rational sciences in Islam at the graduation and post-graduation levels.

On the occasion of the millennium of Shaykh Tusi, he organized an international seminar to commemorate the life and works of Shaykh Tusi in the University of Mashhad which was attended by the large number of Ulama, university professors and orientalists from Iran and abroad.
He edited two famous books of Shaykh Tusi entitled as Fihrist and Ikhtiyar Marifat al-Rijaal. The lectures delivered and papers submitted to the international seminar were published by him in three volumes series.

-After founding the Islamic Research Foundation affiliated to Astan Quds Razavi[the Holy Shrine of Imam Reza(A.S. in the year 1984 he was elected as the Chairman of the Board of Directors of this famous research institution.
-He is also the head of the Holy Qur’an and Islamic Economics research departments of the foundation.

-In 1990,the Supreme Leader of the Islamic Republic of Iran Ayatullah al-Uzma Sayyid Ali Khamenei established “the World Forum for Proximity of Islamic Schools of Thought” and designated Ayatullah Professor Wāʻiz -Zādah Khorāsānī as the first Secretary-General of this international forum. He held this post till 2002.
-And during his tenure he established a research centre in the organization and carried out extensive ecumenical research to explore the practical ways and measures in bringing about the proximity and understanding between all the Islamic schools of thought.
-He founded the journal “Risala-tul-Taqrib” in Arabic and published many books on the above-mentioned issues.

-Every year on the auspicious occasion of the Birthday of the Holy Prophet of Islam (S.A.W.) which is celebrated as the “Unity Week” (12-17 Rabi al-Awwal) between the Muslims of the world an international seminar was regularly conducted by him in Tehran to bring about better understanding between the 1500 millions strong Muslim Ummah.

-He is also an itinerant preacher of unity among the Muslims of the world and so far has undertaken 53 journeys to 30 countries in the world to attain this sacred goal. During these visits to Islamic countries he has met the head of states and leading Ulama and university professors of these countries.

-In 2002 he was declared as the”University’s Best Emeritus Professor” by the government of Islamic Republic of Iran.

-On 17th December, 2003 Ferdowsi University of Mashhad in a grand ceremony honored him for his half century services in disseminating Islamic sciences. This felicitation function was attended by large number of leading Ulama and university professors from Iran and they paid glowing tributes to Ayatullah Emeritus Professor Muhammad Wāʻiz -Zādah Khorāsānī for rendering yeomen services in the sacred cause of Islamic learning. Works
He is a prolific writer and has compiled eleven books and edited seven classical Islamic texts. Some of his works have been translated into Arabic, English and Urdu. More than 110 research articles compiled by him on different Islamic topics have been published in the research journals of Iran. These articles are being published by the Islamic Research Foundation, Astan Quds Razavi in a series entitled “Permanent Heritage”.
His major works include:
“A Dictionary of Quranic Lexical Items and its Rhetorical Secret “in Arabic compiled in 25 volumes. This encyclopedic endeavor is considered as authors’ magnum opus.
“Islamic Economics Texts in the Holy Qur’an, Sunnah and the Works of Jurisprudents” in Arabic compiled in 16 volumes.
He also edited two famous books of Shaykh Tusi entitled as Fihrist and Ikhtiyar Marifat al-Rijaal.
Demise
Ayatollah Wāʻiz -Zādah Khorāsānī passed away on December 18 on the age 91 in his home in Mashhad, Iran. 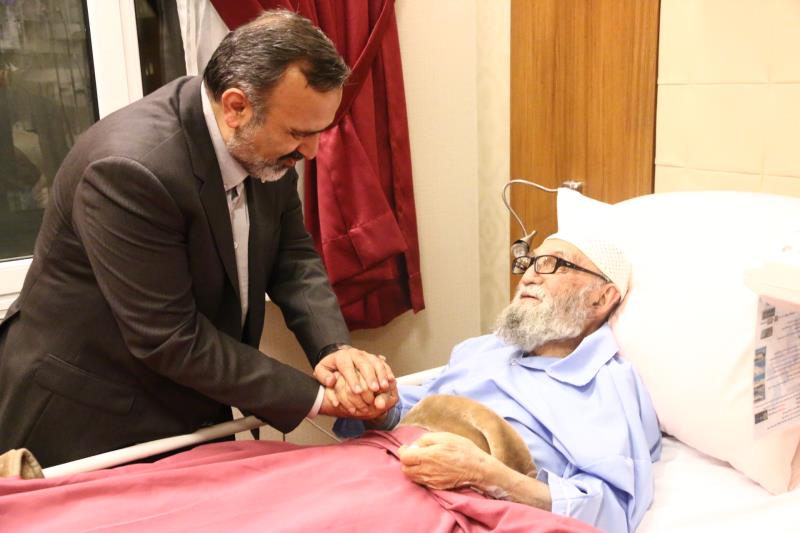