3-1- The Holy Qur’an: Abū Ḥanīfah was one of the earliest scholars who illustrated the Qur’an’s methods. The issues like “generic reference is definite” and “divergent meaning is not regarded as a proof” are some of the most important subjects that he opposed the majority of scholars about them.

3-2- Sunnah: Abū Ḥanīfah has his special way for operating on isolated tradition that will be mentioned later.

3-4- words of a Companion: regarding subjects like ‘ibādāt (religious practices), ḥudūd (penal laws), and dīyāt (blood money and other financial compensations), which practicing ra’y is impossible about them, Abū Ḥanīfah follows Companions words. He regards their words as the Prophet’s sunnah concerning these issues, and for this reason he prefers them to qiyās.

3-5- Qiyās (judicial reasoning by analogy): for having the quick understanding to find out the common and different points of various issues, Abū Ḥanīfah applied qiyās extensively, and more than everyone before him.

3-5- Istiḥsān (juristic preference): however according to the sound research, Abū Ḥanīfah is not only person who has counted istiḥsān as a source for deducing religious precepts, but he has adduced it more than the leaders of other schools.

3-6- ‘Urf (local custom which is not in direct conflict with established Islamic principles): Abū Ḥanīfah used to pay attention to sound ‘urf while issuing fatwas, and in the case of contradiction between ‘urf and qiyās he prefers ‘urf. He has presented many jurisprudential derivatives based upon ‘urf.

3-8- Istiṣḥāb (the principle of continuance).

4- The Features of Abū Ḥanīfah’s Jurisprudence

–         The followers of Abū Ḥanīfah, his school, and his method are called Ahl al-Ra’y (people of opinion), because Abū Ḥanīfah believed in ra’y, and after issuing any fatwa and presenting a rule, declared that this is my opinion. He was against Ahl al-Ḥadīth (adherents of ḥadīth), and only accepts the tradition attested in a continuous manner from Successors, and never accept an isolated tradition. He was a theologian that, probably, influenced on his jurisprudential method, and was an effective factor to applying this manner.

–         Frankness, intrepidity, and being lenient while issuing fatwa, are the features of Abū Ḥanīfah, that researchers and jurists all are in agreement. He used to certify man’s acts and works as far as possible, and, in his opinion, tries to support weak and poor people by this manner.

–         Observing government’s sovereignty, which is manifested through Imam.

–         Abū Ḥanīfah believed that the reality of faith and heresy is confirmation and rejection. He did not believe in different degrees of faith. 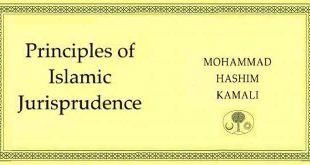 This book provides a highly learned, stimulating and informative argument on the role of the constitutionalist 'ulama in the Iranian constitutional revolution...