The Story Behind Muharram and why we must Know it

Thirteen centuries on Muharram still echoes of a battle fought … it echoes of the stand of a man, an Imam appointed by God at a time when darkness threatened to disappear that which had been apparent, and that, which communities had pledged themselves to, for it is always easier to deviate than hold true.

Our greatest errance as people is probably to ignore absolute Truth for the sake of accommodating lies.

Muharram stands testimony to that very Truth Imam Hussain and his Shia set out to restore, and ultimately sacrificed their lives for.

We would do well to remember that if not for Imam Hussain, ignorance would have swallowed all. Without his martyrdom, we would have been lost to the deceit of tyrants.

“I am from Hussain and Hussain is from me.” Prophet Muhammad

Most people today know of Muharram what a prejudiced media has transpired …oftentimes violent displays of grief, oftentimes a distorted reflection of reality so that hatred could strive instead of understanding.

And yes, it would be to lie to deny that a minority few resort to hitting themselves with chains or wielding swords so that blood would flow. But Muharram should not be reduced to what a minority chooses to do, when in fact, their actions have been shunned by religious figures such as Ayatollah Ali Sistani and Ayatollah Ali Khamenei.

Muharram is more than a mourning exercise … it is a tale of love, allegiance and abandonment in faith. Muharram is the sacrifice completed, piety at its most devout, courage beyond oneself.

Lucky those who know and understand of Imam Hussain’s revolution. Few have been those to have learnt of his story without shedding bitter tears of sorrow.

And no it is not heresy to see the Divine in everything that he was. An Imam of Islam, Hussain forever stands the master of the youth of paradise – himself a reflection and embodiment of God’s mercy since it is for us that he gave all of himself.

He is our pride and our deepest pain. For Hussain arms have risen in defiance of tyranny and for all the oppression despots may architect, they shall never relent … how could they when Karbala’s blood still speaks?

Hussain ibn Ali’s story is THE only story worth telling for those who ambition to look upon Islam’s beating heart.

The story has been told, year upon year, since 680 AD. It is a story that was told mainly by women who survived the massacre of one branch of the family of Prophet Muhammad.

The story they told was that of Karbala. They were determined not to forget nor to let others forget. Centuries have passed and still the story is told. Mournful dirges, elegies (called “nauha” and “soz”) show different facets of the tragedy, adding layer upon layer of grief.

Every year millions remember the cries of Sakina, Imam Hussain’s beloved daughter when she called out for her father to return, the pain in lady Zainab’s voice as she bade her brother farewell for the last time, the screams of a thousand betrayals as arrows fell and fires spread …

On the plain of Karbala the progeny of the prophet of Islam was slained by those who called themselves most righteous! Today they may hide behind new banner but their betrayal is rooted in the same greed and insolence.

The article was written By Catherine Shakdam and first published on Shafaqna. 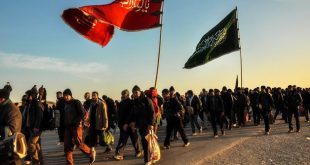 Is Arbaeen Walk to Karbala an Innovation? 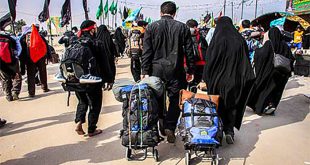 Article: A Phenomenological Study of Arbaeen Foot Pilgrimage in Iraq+PDF 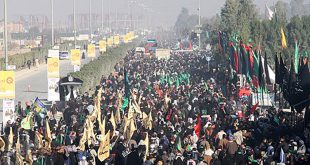 Millions of visitors of Imam Hussain (p) should fully appreciate the role they play in fulfilling the Promise of God, the Most High, as described by Sayyida Zainab bint Ali (p)...