Breaking News
Home / Library / Books / Book: A Tale Of Grand Resistance: Yemen, the Wahhabi, and the House of Saud

Book: A Tale Of Grand Resistance: Yemen, the Wahhabi, and the House of Saud 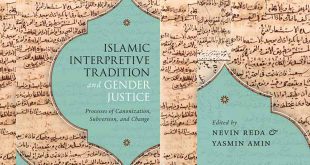 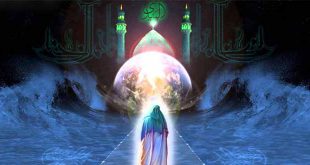 If Yemen managed to resist the Ottomans, the British Empire and pretty much all other imperial powers which ever attempted to subdue and control its people, the sons of Hamdan almost lost their freedom and national identity to the hegemonic ambitions of the House of Saud.

Today Yemen is breaking free from the shackles of covert imperialism, learning once more to stand tall in the face of oppression.
And though the impoverished nation is undergoing the growing pain of political empowerment, stumbling at times as a new generation of leaders are being made in the trenches of the Resistance movement, the sons of Hamdan are defiantly reclaiming their history, their land, their nation.
As Yemen rises once more, it is a nation-state which will reclaim its place at the world table – with Yemen, Southern Arabia could witness the rise not of a political giant but a liberation movement echoing of the hopes first enounced by Ayatollah Ruhollah Khomeini (1979), when he first proposed an alternative to western capitalism as the only democratic model.
Betrayed by their leadership, lost to corruption and bogged down by poverty Yemen’s long descent to the abyss can be traced back to 1994, when former President Ali Abdullah Saleh made a pact with Riyadh – military and financial support against the Southern Secessionist Movement – in exchange for Yemen’s heart and soul.
Those Highlands the kingdom knew it could not militarily over-run, it chose to insidiously transform through the export of Wahhabism and Salafism. Former President Saleh opened Yemen up to Al Saud’s ideological devolution in the name of territorial unity.
And if Yemen’s house stood united for a while, forced into a marriage of political and economic convenience by those ambitious men who failed to see past Saudi Arabia’s imperial manipulations, the poison of sectarianism came to undo.

Yemen’s road to freedom would come by way of a counter-revolution, or rather a liberation, as the rise of the Houthis would mark the country’s real democratic awakening.
Often dismissed by local political observers as they carry the stigma of the former regime, the Houthis, a Zaidi group organised under the leadership of Abdel-Malek Al-Houthi with a tribal base in northern Sa’ada, have long shed their “rebel group” label. They have been reborn as a powerful and popular political movement.
If the Houthis, a formerly obscure band of tribal fighters, could be sneered at back in 2009 and shrugged off as wannabe Shia rebels by Yemen’s high and mighty, the 2011 uprising levelled the political field to such an extent that they have come out of the revolutionary storm like a shiny new penny.

Catherine Shakdam is a prominent political analyst and commentator for the Middle East with a special focus on Yemen. She is the Director of Programs for the Shafaqna Institute for Middle Eastern Studies in the UK and serves as Special Adviser for the Middle East for Prince Ali Seraj of Afghanistan

Title: A Tale Of Grand Resistance: Yemen, the Wahhabi, and the House of Saud